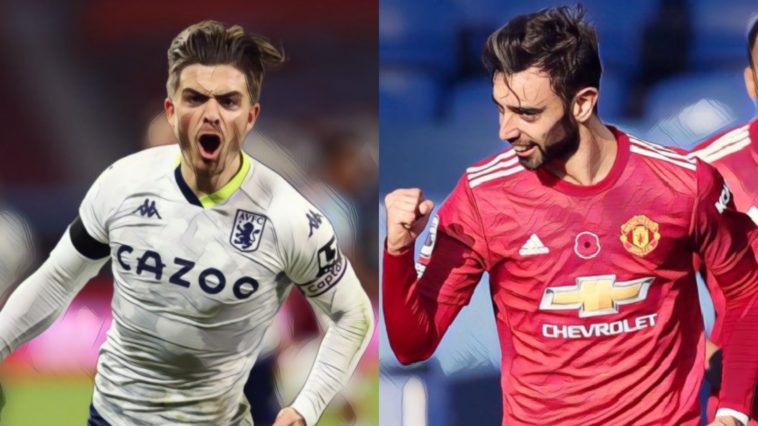 The old adage dictates that no one player is bigger than the club.

And that’s broadly true. A footballer’s career is extremely finite compared to a football club, which spans generations and is a pillar of the community. Players come and go, clubs last forever.

Yet there are examples of players who are ‘too big’ for the team they’re in, they outgrow the club and need to move on in order to fulfill their potential. Of course, the vast majority of supporters refuse to believe that and think they’re club is the best in the world no matter what, but it’s a sad reality of the game.

Yes, Bruno Fernandes hasn’t even been in the Premier League a year. Yes, it’s Manchester United Bloody Football Club™ we’re talking about here. But the impact the Portuguese magician has made in such a short space of time has only served to highlight the chasm between where the club are and where he should ultimately be.

In the middle of last season, United were floundering with a midfield lacking in creativity, Paul Pogba injured and Marcus Rashford struggling with a bad back; their hopes of qualifying for the Champions League were hanging by a thread.

Then Fernandes arrived and everything changed. After debuting in February he provided eight goals and seven assists in 14 league appearances, spearheading the team’s push for the top four, finishing third in the end. In total he has 37 goals involvements (23 goals, 14 assists) in all competitions.

At the moment he is playing at a level above anyone else in the team and deserves far more than the club can give him in terms of success. Their fans won’t thank me for saying it, but right now Man United is Bruno FC.

Why Kane and Son are a striking partnership for the ages

Having come through there as a young Brummie all the way up to senior level, Aston Villa has been the ideal club for Jack Grealish. But sometimes a player needs to leave the nest in order to stand on his own two feet and reach the top level.

Ever since emerging as a promising teenager, Grealish has evolved from being a flashy winger who does little of value to a left-sided playmaker to having the penalty box menace of a prime Eden Hazard.

The Englishman stayed loyal to his boyhood despite suffering relegation and a failure to return to the Premier League for several seasons, but he helped guide them back to the top flight with some stirring performances in the Championship.

The number ten was instrumental in Villa’s bid to survive last season, scoring eight goals and making six assists, as they finished 17th. He’s begun this season in scintillating form, which will have some clubs regretting not making a move for him in the summer. After signing a new five-year contract it will take a lot of money to pry him away from the Villans’ clutches.

Another player who practically grew up at his local club, Wilfried Zaha is in many ways the definition of a player too big for his team.

The Ivorian international, who has lived in Croydon since the age of four, came through the ranks at Crystal Palace and, after an unsuccessful stint at Man United, returned in 2014 to become the side’s talisman.

Zaha has scored 43 goals and made 24 assists for the Eagles in the Prmeier League, a splendid return for someone in a team that is more often than not battling at the wrong end of the table. He has at times dazzled with his skill and ability, providing the spark to win matches for the south London outfit.

Over the years Zaha has been linked with big money moves to the likes of Arsenal, Everton, PSG and Borussia Dortmund, but Palace have blocked any potential exit. Despite concerns that he would struggle in a more ball dominant team, there is no doubt that he belongs at a higher level.

It was with the Foxes that the English striker made a name for himself after excelling at non-league level for several years, his goals shooting the midlands outfit to an unlikely Premier League title in 2016.

Vardy seemed close to joining Arsenal following that incredible campaign, but he stayed put, scoring a stupendous 84 goals since then. The Sheffield native is undoubtedly at the ‘right’ club for him, but we all know he could have done it, and could still do it even at 33, at a so-called bigger club.

He’s only been in the door at the Cottage for a hot minute, but it’s already obvious to anyone with a pair of eyes that Ademola Lookman is far too good to be at a relegation embattled club like Fulham.

The former Everton wide forward arrived on loan from RB Leipzig this season to resuscitate the Cottager’s anaemic attack. Panenka penalty miscue aside, he’s done exactly that, putting the fear of god into opposition defences with his speed, close control and dribbling ability.

Lookman has two goals and two assists in nine appearances, but his impact goes beyond pure statistics. He’s given the south west London club a genuine threat going forward, particularly when it comes to quick breaks, something they have been lacking for a long time.

His great form raises a couple of questions, however. Why did Everton ever let him go? And why did Leipzig send him off when they’re missing a dynamic attacker ever since selling Timo Werner? One thing’s for sure, he won’t be at the Cottage beyond this season.

See Also: Five of the biggest feuds between teammates in football