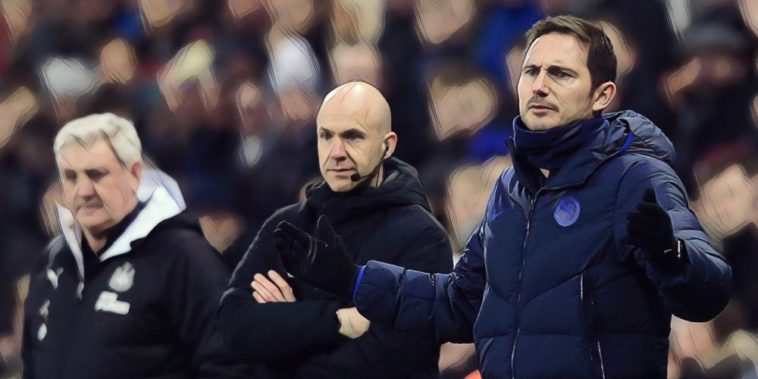 We’re almost at the halfway point of the Premier League season, which means we have a pretty good idea of where every team is at.

There is still a lot of football to be played, but the big indicators are there as to which clubs are over or under performing expectations so far.

Some teams are definitely not where they hoped to be at this stage, putting the man in the dugout firmly in the spotlight. With so much riding on the season, who will be the next manager to get the sack?

The Premier League managers most under pressure for the sack:

Let’s be real for a second here: Chris Wilder is not getting the sack from Sheffield United anytime soon. The man is a legend in South Yorkshire, where he has performed a minor miracle with the Blades, taking them from League One to the brink of European qualification. The supporters would rather see the club demoted to the fourth tier than see their manager go.

That being said, the bookies still fancy Wilder as the next man to get the sack. The former United full-back has just two wins in all competitions this season, albeit both have come consecutively in the past week. They are rooted to the foot of the table and it feels inevitable that they will return to the Championship with a desperately low points tally.

If that doesn’t put a manager under pressure for his job, then what will? But in all likelihood Wilder will take his side down and attempt to bring them back up again next season.

The funny thing about Brighton is that when you watch them, they are clearly not a bad side per se. They are nice to watch, do a good job of retaining possession, create chances and even have a pretty solid defence.

And yet, they have hovered perilously above the bottom three for the majority of the season, never threatening to go one way or the other. With just two wins on the board questions are beginning to be asked of Graham Potter’s position.

That’s understandable, but it’s hard to see the benefits of changing manager now when they have a distinct style and do it well. Spirited performances against Big Six sides such as Chelsea, Man City and Man United show there is something there worth sticking with. Their problem is they just cannot convert the chances they are creating.

"They are a joy to watch, a joy to analyse. I'm a big fan of Graham Potter"

The Seagulls have scored 21 goals – which is the most among teams in the bottom seven incidentally – from 312 shots. That makes for a conversion rate of 6.7%, the sixth-worst in the division.

The other thing killing the south coast outfit is their woeful home form. Just one win at the Amex Stadium in all of 2020, they are yet to win at home all season. Will Potter, and indeed Brighton, survive such a wretched run?

Why Brighton are getting themselves a future superstar in Moises Caicedo

Big Sam has barely been in the job a month and already his feet are on shaky ground. The former England manager is known for flying into struggling clubs to fight fires by sufficiently dousing the flames with his brand of stodgy, defensive football. But if anything West Brom have gotten worse at the back since he took over from Slaven Bilic just before Christmas.

Already 24 home goals conceded by West Brom. Worst in the Premier League over the last five years is Cardiff City with 38. Will pass it by February at this rate.

In a way it’s not even fully Allardyce’s fault; West Brom simply do not have defenders good enough to compete at this level. But this is what he’s been brought in for, to mould them into a solid unit at the back. The January transfer market will be the making or breaking of their campaign, but if he can’t turn this creaking oil tanker around, then the club’s board will be questioning the efficacy of keeping him on until the end of the season.

If we’re all being honest, Steve Bruce is not a Premier League level manager. Yes, the problems at Newcastle United would make it a difficult job for any manager, but he has his team playing awful football with none of the effectiveness of a Big Sam side.

After a decent start to the campaign the Magpies have now failed to win in any of their last six league matches. They’re still seven points above the dropzone, but if the slide continues then they will be dragged into the relegation battle.

Starting to think hiring the recently sacked by a Championship side, relegated last time out in the Premier League, tactically disinterested, thin skinned, reviled by fans of any big club he’s managed at Steve Bruce may have been a bad idea

Burnley are being Burnley again, Brighton are a better footballing side who should string some results together at some stage, and Fulham are slowly but surely getting their act together. It isn’t inconceivable that Newcastle find themselves in the bottom three before you know it.

Unless Bruce starts pulling miracle performances out of his backside, then he may not be long for the job. And if he does somehow hold on, that could be curtains for Newcastle.

The manager whose team are positioned the highest in the table is the most under pressure man in the Premier League right now. Why? Expectations.

Last season Frank Lampard did a good job infusing young talent into a talented Chelsea side and implementing a high pressing style that conceded a lot of chances, but created many at the other end too.

This past summer Chelsea spent over £200m on new recruits; they bought a much-needed new goalkeeper in Edouard Mendy, a new full-back in Ben Chilwell, and a bunch of marquee signings in attack in the form of Timo Werner, Kai Havertz, and Hakim Ziyech.

Somehow the current iteration of this west London outfit are worse than the previous one. The tactical approach is now more focused on greater individual input rather than a cohesive, overarching strategy, but it’s not clear the new pieces fit.

Chelsea are on the fourth-worst run of form over the past six gameweeks, winning just one match over that period. That has led to reports claiming that Lampard’s job is under threat of the sack, and once that conversation starts at Stamford Bridge it is hard to stop it from reaching an inevitable conclusion.

The club are reportedly even considering bringing in Avram Grant – the man who replaced Jose Mourinho in 2008 and led the team to the Champions League final – as backroom support for the under-fire manager.

It’s never a good sign when someone, particularly a well known name in football management, is brought onto the coaching ticket mid-season. They’re usually on hand to step into the breach once the current guy is shipped off. Watch your back, Frank.