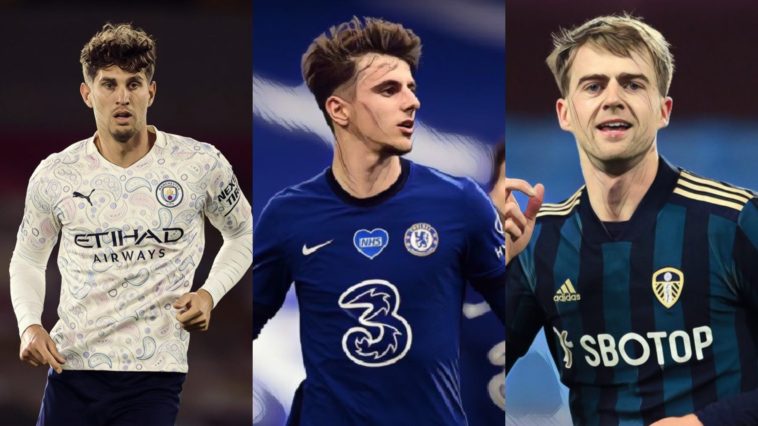 This season of the Premier League has thrown up many surprises, resulting in one of the most congested and wide open title races in years.

But that’s not the only surprising thing to come out of the 2020/21 campaign, with a number of players popping up in unexpected places in the statistics.

Derided and written off as an expensive flop after a difficult couple of years at Manchester City, John Stones has revived his career this season with a series of excellent performances at the centre of Pep Guardiola’s stout defence.

Such a scenario seemed a fantastical daydream at the beginning of the campaign, particularly after the club spent big on defenders Ruben Dias and Nathan Aké. But the Englishman has somehow dislodged Aymeric Laporte from the team to start six of the last seven league matches.

Man City have kept clean sheets in five of those matches, the only goal they’ve conceded while he’s been on the pitch being a meaningless consolation for Chelsea in a 3-1 win at Stamford Bridge.

John Stones leads the way for points per match, Man City winning 19 out of a possible 21 points when he's on the pitch. [fbref] pic.twitter.com/UZ6oj1WH8d

Enjoying an undefeated streak as it were, Stones has won 2.71 points per match while playing this season, easily the highest of any player this season. It helps that he hasn’t featured very heavily up until recently, but it’s illustrative of the effect he has had on this team.

The only time City have failed to win while he’s been on the pitch was the goalless draw with Manchester United in December.

In the summer Chelsea spent almost a quarter of a billion pounds on new recruits, with Hakim Ziyech and Kai Havertz purchased to be the creative hubs of Frank Lampard’s side. For various reasons that hasn’t happened, and so Mason Mount has picked up the baton to become their most creative outlet.

Not only is the midfielder Chelsea’s most creative player, but he has made the fourth-most key passes in the entire Premier League with 37. Only Jack Grealish (55), Bruno Fernandes (50) and Kevin De Bruyne (46) have completed more.

Most key passes by U-21 players in Europe's top 5 leagues:

However, this is one of the west London outfit’s problems. Mount stepping up in this regard is no bad thing per se, but they what they really need is for new signings Ziyech, Havertz and Timo Werner to be performing on a level equal to or above what they have previously produced and for Mount to be a complementary piece.

That isn’t the case right now and Chelsea are poorer for it, but Mount’s development is encouraging at least.

Anguissa has attempted the third-most dribbles

Fulham have gone from surefire relegation fodder to a half decent side with a chance of staying up over the course of the first half of the Premier League season. But one constant during that period has been the excellence of Andre-Frank Zambo Anguissa.

The Cameroonian has been an all-action box-to-box midfielder for the Cottagers, but it’s surprising to find that he has attempted the third-most dribbles in the league (69), according to Kickest. Only Adama Traore (86) and Marcus Rashford (71) have attempted more.

Zambo is also third for interceptions (31) and eighth for tackles won (29) among all players. one must wonder if he is some sort of wizard getting so much done in games.

The biggest third round upsets in FA Cup history

Anwar El Ghazi has the best goals per 90 ratio

Another footballer written off by his own fans, Anwar El Ghazi has come back in a big way recently. Much like Stones he was barely used in the early months of the campaign, but has become undroppable lately.

After coming off the bench to score the winner against Wolves in December, the Dutchman has started all fives game since then. In that time he leads the league for goals (4), shots (26), shots on target (15), big chances (5) and expected goals (3.31xG).

El Ghazi’s 0.94 goals per 90 is also a league best among players who have completed at least one full match, an astonishing return for a winger. If he were to keep up that rate of scoring he would end the campaign with 25 goals.

Patrick Bamford has the most non-penalty expected goals

Coming into this season, Patrick Bamford was tagged with a reputation for being not a Premier League-level player. Perhaps too good for the Championship, but not good enough for the top flight.

The English striker has blown that notion to pieces this season, scoring ten goals in 17 league games. Only Son Heung-min (10) has scored more from open play than his nine, while no one has had more shots (64), shots on target (26), or big chances (18), according to FBref.

It’s no fluke that Bamford has been scoring so freely either, as he has accumulated 11.1xG thus far; only Jamie Vardy (11.2xG) has more. But when you strip away penalty attempts, it’s the Leeds United striker who is streets ahead of everyone else with 10.3xG – more than the entire West Brom team combined.

It’s also a full two expected goals ahead of the nearest player, Dominic Calvert-Lewin. Did anyone expect Bamford to be the most dangerous forward from open play this season? I thought not.

Read: The narratives that will dominate the January transfer window