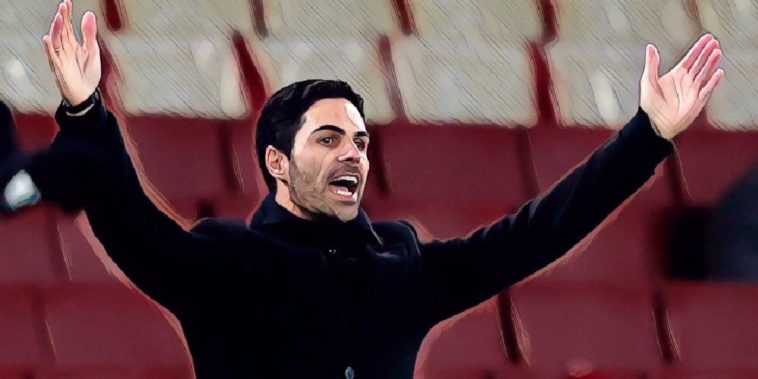 Arsenal and Crystal Palace played out a less than inspiring goalless draw at the Emirates in what wasn’t the most memorable of London derbies.

Arsenal came into the game on the back of four successive wins, the Gunners having looked to have started to turn a corner after suffering what was their worst start to a season in Premier League history.

However, it was Crystal Palace who had the best chances in the first half, Arsenal ‘keeper Bernd Leno being forced into some decent saves, while James Tomkins also saw his header come back off the bar following an Eberechi Eze free-kick.

0 – Arsenal have kept their first home clean sheet in the @premierleague since July (12 games), whilst Crystal Palace have recorded their first on the road since June (13 games), with this the first goalless draw in the top-flight between the sides since Oct 1997. Predicted. pic.twitter.com/fUpcPK4kgJ

The Gunners were improved after the break, but while they created far more chances, they were still unable to truly threaten Vicente Guaita’s goal, with only four of their 11 shots being on target throughout the entire game.

Speaking afterwards, Arsenal boss Mikel Arteta blamed ‘fatigue’ on some of his side’s struggles, admitting they lacked quality in the final third.

“We developed a lot of situations, but we lacked the last pass or the timing of the last shot, and probably we had to generate more to win that game.

“I would have liked to have seen a win today, and for us to score a few goals, but it didn’t happen. There were times when fatigue at a big moment started, we started to give very difficult balls away, where we give the ball away and allow the transition to Palace, which is probably what they do best.

“I cannot fault the spirit. The fight that they put in, they tried to the last with the chance that we had on the wide free-kick, but it wasn’t enough today.”

The result keeps Arsenal in the bottom half in 11th, the Gunners having played more games than any of the sides above them, with a game against a wildly out-of-form Newcastle to come at the weekend.