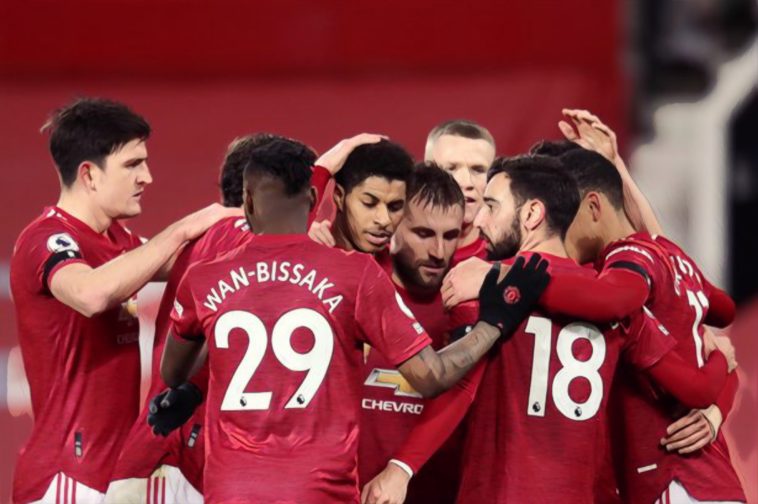 Despite suffering a disappointing result at the weekend, Manchester United are still embarking on one of the longest unbeaten away runs in Premier League history.

Ole Gunnar Solskjaer’s men dropped two points at the Hawthorns on Sunday when Sam Allardyce’s West Brom held the visitors to a 1-1 draw.

Such a result will not help the Red Devils in their quest to challenge for the Premier League title, but it did at least extend their impressive run of 19 games without defeat on the road.

That has established a new club record as well as burnishing a reputation for excelling on their travels. During this current run they have picked up 45 points away from home, 18 better than the next best team. But how do they compare historically with the best of them?

The longest unbeaten away runs in Premier League history:

We just had to squeeze in Manchester City here, who have gone on two impressive unbeaten away streaks under Pep Guardiola.

Man City’s first 14-game stretch came in the 2017/18 season and was stopped by Liverpool, who won a thrilling 4-3 contest at Anfield. City also went on a record-breaking 18-game winning streak that season.

The second 14-game run began just a month later and continued into the following season when it was ended by Chelsea at Stamford Bridge. On both occasions they won the Premier League title.

One of the all-time great English sides ever, Manchester United went unbeaten away from home in the second of that historic 1998/99 season.

The run ended in spectacular fashion though, as Chelsea destroyed them 5-0 at Stamford Bridge in October of 1999. After going 17 away games unbeaten, they suffered a second consecutive defeat on the road when they lost 3-1 to Spurs.

Regardless, Man United went on to defend their league title in which their only three defeats came in away matches.

The longest unbeaten runs in the history of English league football

The 2019/20 campaign was rapidly heading towards abject failure for Manchester United as they passed the midway point. Then something critical happened: they signed Bruno Fernandes.

Since that moment, Man United have not lost an away game in the Premier League. The Portuguese magician’s exceptional form from last season continued into the current one and has yet to see them lose outside of Old Trafford this term.

Their last defeat on the road came at Anfield, when Liverpool beat them 2-0 on the way to the title. Most sides depend on home form to stay competitive in the league, but for United they feel most comfortable on their travels.

The proud owners of the Premier League record for the longest unbeaten home streak (86), Chelsea also have the third-longest away run ever.

Chelsea’s run initially began under Avram Grant with a 1-0 win over Blackburn Rovers just before Christmas in 2007 and continued up until January 2009 when they were soundly beaten 3-0 by Manchester United. They then proceeded to lose their very next away game too, falling to a 2-0 defeat to Liverpool at Anfield.

The longest winning runs in the history of English football

If Liverpool were to ever end their 30-year wait for a league title, they would have to do something special – so that’s exactly what they did.

In 2018/19 they lost one game – to Manchester City in January 2019 – but missed out on the title by a hair’s breadth. From that game on they did not lose another league match until February of the next year, leaving them an astonishing 44 games without defeat home or away.

The fatal blow finally came against Watford, who won 3-0 at Vicarage Road to end Liverpool’s run of 21 away games unbeaten.

It should come as absolutely no surprise that the team referred to as The Invincibles find themselves on top of this list.

Although they have become something of a banter club in more recent times, Arsenal were, quite literally, unbeatable for a considerable period under Arsene Wenger. Their record-breaking unbeaten run on the road spanned three different seasons and lasted over 18 months.

Manchester United were the ones to stop it, beating the champions at Old Trafford in the tenth match of the season. The 2-0 victory, featuring goals from Ruud van Nistelrooy and Wayne Rooney, ended the North Londoners’ unbeaten run of 49 games.