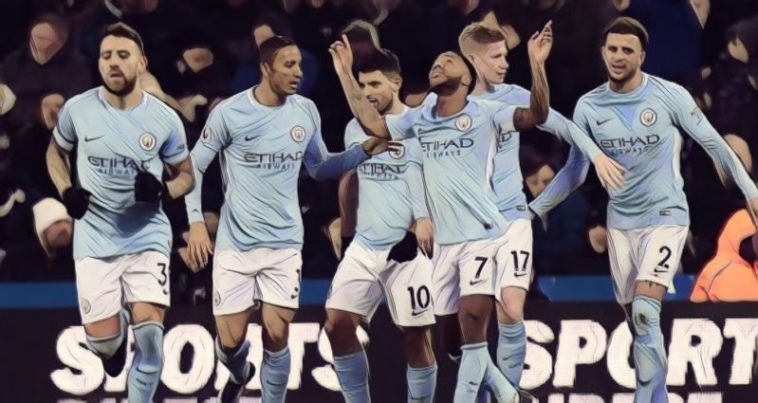 Liverpool may still sit comfortably at the top of the Premier League table, but their impressive winning streak is finally over.

The European champions were held to a 1-1 draw against Manchester United at Old Trafford on Sunday, the struggling Red Devils preventing Jurgen Klopp’s side from picking up all three points for an 18th consecutive league fixture.

While their run may be over, their 17 successive wins is still one of the longest streaks in Premier League history, with only one team ever bettering their recent form, the Reds winning run stretching back to their 4-2 win over Burnley back in March.

Undisputedly the dominant force in English football at the turn of the millennium, Manchester United secured a second successive Premier League title in 1999/2000 after finishing the season with an impressive 11 game winning run.

A Dwight Yorke hat-trick sealed a 3-1 win over Derby in March to begin the streak, which included a 7-1 thrashing of West Ham at Old Trafford.

A further 10 wins finished the season and secured the title, before Sir Alex Ferguson’s side opened the new campaign with a 2-0 win over Newcastle in August to make it 12 in succession.

A 1-1 draw at Ipswich the following game halted the run of wins, though it mattered little as a third consecutive title was secured at the season’s end.

A stunning run of form that would result in Chelsea being crowned champions of England, rarely has a tactical switch paid such immediate dividends.

After suffering back-to-back defeats to top four rivals Liverpool and Arsenal, the second a 3-0 thrashing at the Emirates, Antonio Conte decided to switch to his preferred 3-4-3 formation in his first season in English football.

The formation saw David Luiz thrive in a back three alongside Cesar Azpilicueta and Gary Cahill, whilst Eden Hazard shone after being relieved of defensive duties with the introduction of wing-backs.

A 2-0 win at Hull began the run, which included 4-0 and 5-0 thrashings of Manchester United and Everton respectively at Stamford Bridge.

Chelsea would continue their winning streak throughout the festive campaign, securing an impressive win at Manchester City, before eventually losing 2-0 away to Tottenham after 13 successive wins. Their loss to their London rivals mattered little, another streak of six wins at the end of the campaign securing the club a fourth Premier League title.

Arsenal secured a second domestic double under Arsene Wenger in 2002 courtesy of a flawless run of form to end the season, having risen from fourth in February to finish seven points clear of runners-up Liverpool.

A Sylvain Wiltord goal would secure a 1-0 win at Everton to begin the streak, with the same player again scoring the only goal of the game as the title was secured with a 1-0 win at rivals Manchester United in the penultimate fixture of the campaign.

Having finished as champions with a 13-game winning streak, Arsenal would begin the defence of their crown with a win over Birmingham City to make it 14 wins before West Ham held Wenger’s side to a 2-2 draw at Upton Park in August.

Another team who produced a flawless title run-in, Pep Guardiola’s Manchester City side became the first team in a decade to retain the Premier League title after finishing the 2018/19 campaign with a 14 game winning run.

After a surprise defeat at Newcastle in late January, a Sergio Aguero hat-trick saw off Arsenal in their next fixture before a relentless run of form.

An impressive win at Everton was following by a 6-0 thumping of Chelsea at the Etihad, Aguero again notching a treble as Guardiola’s side began their march to the championship.

Pushed all the way by runners-up Liverpool, a 4-1 win at Brighton on the final day delivered the title, City’s winning run proving crucial as they finished just a point ahead of their Merseyside rivals.

Bidding for a third consecutive title City began the defence of their crown with a 5-0 win at West Ham to make it 15 wins in a row, before Tottenham secured a 2-2 draw at the Etihad in August to bring their streak to a halt.

Could this be the year Liverpool’s long wait for a league title ends? The Anfield faithful certainly hope so.

After finishing last season with nine successive wins to narrowly finish as runners-up, the European champions began the 2019/20 campaign in similarly ruthless fashion as they bid to end their 30-year wait for a top-flight title.

Liverpool‘s run began with an entertaining 4-2 win over Burnley at Anfield in March, closing the campaign with eight consecutive wins including victories over the likes of Tottenham and Chelsea.

Propelled by the goals of Mohamed Salah, Sadio Mane and Roberto Firmino, newly-promoted Norwich City were dispatched 4-1 to begin the 2019/20 season, before wins over Southampton, Arsenal, Burnley, Newcastle, Chelsea, Sheffield United and Leicester made it 17 wins on the spin for Klopp’s side.

However, a trip to a massively out-of-sorts Manchester United would see their run ended, Ole Gunnar Solskjaer’s side rediscovering a semblance of form to earn a 1-1 draw and subsequently ending their fiercest rivals run, though they still remain undefeated in the league in 2019.

See also – Once again, Liverpool prove they are the kings of the late goal

The greatest Premier League season ever recorded, Pep Guardiola’s Manchester City set records tumbling by becoming the first side ever to record 100 points, recording the most ever wins in a season (32), scoring the most goals (106) and registering the division’s biggest ever goal difference (+72).

In the midst of their record-breaking year, City also set a new record for the most consecutive wins. After drawing with Everton in just the second game of the 2017/18 season, Guardiola’s side would not falter again until New Year’s Eve.

Their run included thrashings of Liverpool (5-0), Watford (6-0), Crystal Palace (5-0) and Stoke (7-2), whilst top six rivals Manchester United, Chelsea, Arsenal and Tottenham were also all dispatched in a remarkable winning run.

Their run ended with a goalless stalemate at Crystal Palace, though their record-breaking streak saw them finish the season 19 points clear of runners-up Manchester United, their winning margin unsurprisingly another divisional record.