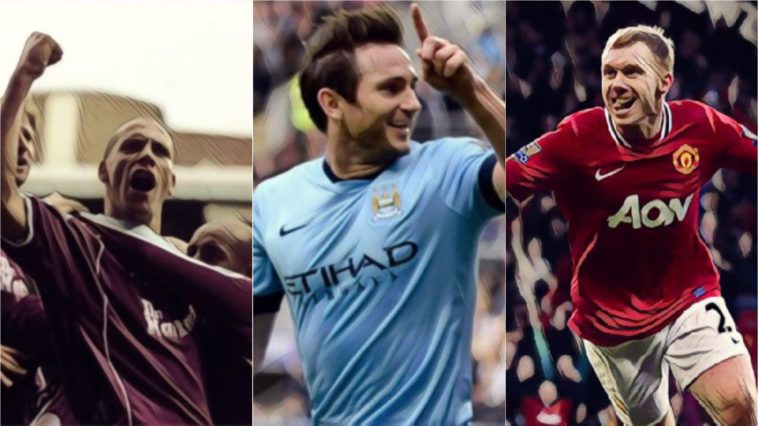 Only the cream of the crop are are at the top of this list, with some of the greatest players in Premier League history present.

The upper end of this list is, perhaps unsurprisingly, dominated by homegrown players, with Petr Cech the only non-UK or Ireland player in the top 20, although David Silva looks likely to overtake Sol Campbell, provided he plays a part in more than six wins between now and the end of the season.

Liverpool’s James Milner is the only current player in the top 20 and could conceivably jump ahead of Cech, Michael Carrick and Phil Neville into seventh place this year. You can view the full list here.

The five players with the most Premier League wins ever:

One of English football’s all-time great defenders, Rio Ferdinand was the lynchpin of Manchester United‘s defence for over a decade, winning six Premier League titles along the way before ending his career at QPR.

The centre-back started out his career at West Ham United, before earning a move to big spenders Leeds United. it was there that he started to carve a reputation for himself as a top defender, as the Peacocks went all the way to the semi-finals of the Champions League and finished fourth in the table.

The Yorkshire club’s financial destruction meant he was sold for a record fee to their hated rivals, where he later made up one half of the greatest centre-back partnership in the league’s history. Ferdinand’s 291 wins puts him seven ahead of Wayne Rooney, although his former teammate could conceivably overtake him if his Derby County side earn promotion and he chooses to play on for another season.

The East Londoner came through the Chelsea academy system and go on to be one of the club’s greatest legends, winning five Premier League titles in a highly decorated career.

John Terry was in the right place at the right time too, as Roman Abramovich’s takeover transformed the club into a mega-rich organisation overnight, turning them into an unstoppable winning machine under manager Jose Mourinho. In the Portuguese tactician’s first campaign in charge, the Blues conceded just 15 goals with the captain playing a huge role in their success.

Terry not only has the fourth-most Premier League wins of any player, he is also third in the list of goal scorers to only find the net from inside the 18 yard box, with all 41 of his top-flight goals coming in the penalty area.

Affectionately known as the Ginger Ninja, Paul Scholes was one of the most successful and beloved players to have ever graced the grass at Old Trafford, winning an astounding 11 Premier League titles.

The English midfielder was so good, in fact, that Alex Ferguson had to convince him to come out of retirement in 2012 and he ended up playing for another season and a half. He finished his career with another league medal and enough wins to squeeze him ahead of John Terry in this list.

Scholes received reams of plaudits from legends of the game in the latter end of his career, with the likes of Zinedine Zidane, Edgar Davids and Thierry Henry praising his skill and talent. Xavi described him as a “role model” and the best player in his position during his career.

The most iconic football matches of the past decade

Another West Ham academy product, Frank Lampard cemented himself as a bona fide great during his 19 years in the English top-flight, which ended with a brief stint at Manchester City.

The midfielder moved to Chelsea in 2001 after showing a lot of promise during his six years with the Hammers, before realising his full potential under Jose Mourinho, who famously told him he was the best player in the world while he was taking a shower.

It’s remarkable that he ‘only’ won three Premier League titles in his career, but given he was once told that Scott Canham would have a better career, he didn’t do too badly in the end.

And the leader of the pack, by a hefty margin, is the Welsh wizard himself. Ryan Giggs’ longevity was something to behold, with his career spanning a full 22 seasons. His 13 Premier League titles mean he ended a season with a league winners medal more often than he didn’t.

Retiring from football at the age of 40 in 2014, Giggs owed his lastingness in the game to a number of lifestyle changes he made in the middle of his career following a series of hamstring issues. He took up yoga, changed his diet, retired from international football, and stopped driving sports cars due to the negative effects it had on his hamstrings.

As a result, the former Manchester United winger was able to clock up an incredible 46,394 league minutes on the pitch, winning 407 of his 632 matches. It’s unlikely we will ever see it matched by another player.

Read: Nothing wrong with loving Ian Wright – A tribute to a remarkable human being