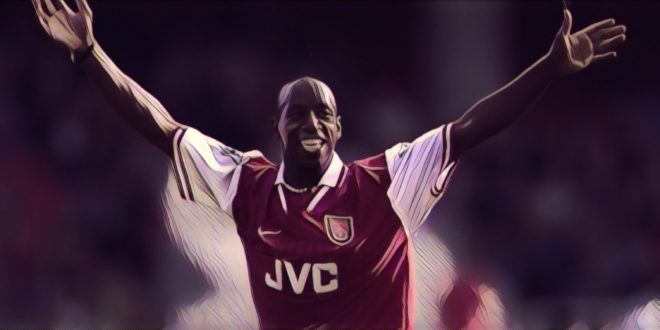 Believe it or not, it is now over two decades since the nineties, a wonderful era in footballing history that saw the formation of the Premier League and Champions League amongst its many highlights.

The decade would bring an exciting wave of foreign imports into English football’s top flight, a seemingly simpler time where smaller players humorously wore ill-fitting shirts and ‘curtains’ were regarded by some to be a genuinely acceptable hairstyle.

We’ve decided to revisit some nineties nostalgia, with a look at English football’s greatest goalscorers from a defining period in the beautiful game.

Here are the Premier League players to score the most goals during the nineties:

The mid-nineties saw a collection of fine forwards in English football, with Robbie Fowler’s emergence from the Liverpool academy the club’s great hope as they looked to return to former glories.

Handed an opportunity as a precocious teenage talent, Fowler would burst onto the scene on Merseyside, scoring five times in a League Cup semi-final against Fulham and earning regular inclusion in the Premier League.

Often referred to as a ‘natural’ goalscorer, Fowler would score over 30 goals in all competitions in each of his first three full seasons as a first-team player at Anfield, being named as the PFA Young Player of the Year in successive seasons in 1995 and 1996.

His best league haul would come during the second of those seasons as he hit 28 Premier League goals for the season, part of a tally of 109 league goals during the nineties – the fifth-highest of any player.

Ferdinand would begin the first season of the Premier League with a bang by hitting 20 goals for QPR during the competition’s inaugural campaign, scoring 60 league goals over three seasons with the club, attracting the interest of Newcastle who secured his signing in a £6m deal in 1995.

It would be at St James’ Park where Ferdinand would enjoy the most successful period of his career, being named as the PFA Player of the Year in 1996 and scoring 50 goals in just 84 appearances, forming a strong partnership with home-town hero Alan Shearer.

He would later leave for boyhood club Tottenham where injuries would halt his progress, though Ferdinand would finish the decade amongst the most prolific forwards in the Premier League having hit 113 goals.

Sir Les didn’t mess about did he! 💥 pic.twitter.com/ftjYJyvVlP

The second-highest goalscorer in the history of Arsenal, Ian Wright would establish himself as an icon at the north London side during a prolific seven-year spell, hitting 185 goals in all competitions and winning five major honours.

Twice named in the PFA Team of the Year, the popular forward would score 104 Premier League goals for the Gunners, helping the club to a domestic double in his final season under the guidance of Arsene Wenger in 1998.

Wright would later move to cross-city rivals West Ham and add a further nine goals to finish the decade with an impressive 113, the equal-third highest of any player.

A curious case of a player whose contribution is perhaps overlooked by nostalgic Premier League fans, despite the statistics pointing to Cole being one of the best forwards the division has seen.

Having fired Newcastle to promotion ahead of the league’s second season, any doubts that the youngster could handle the step up to the top flight were soon swiftly erased.

Cole plundered a Premier League record 34 goals to fire the newly-promoted side to a third-placed finish in that maiden campaign, being named as the PFA Young Player of the Year in the process.

A similarly prolific start to the following season soon attracted the attention of Sir Alex Ferguson and Manchester United, the Scot signing the forward in a British-record deal where he would form part of a side that would dominate English football.

In seven seasons he would win five league titles, including playing a key part in a side which won the Champions League and FA Cup as part of an unprecedented treble in 1999, finishing his career as the third-highest scorer in Premier League history.

A huge 117 of Cole’s 187 Premier League goals would come during the nineties and remarkably, that tally would be boosted by just one penalty.

Remembering every BBC Goal of the season from the 90’s

The Geordie goal-machine is widely regarded as the greatest goalscorer the league has seen, Shearer’s landmark of 260 Premier League goals a feat that will prove difficult to eclipse.

The only player in the division’s history to hit 30+ goals in more than one season, Shearer would achieve the feat in three consecutive campaigns for Blackburn between 1994 and 1996, whilst he is one of just two players to win the Golden Boot in three successive campaigns alongside Thierry Henry.

Shearer would win the title during that prolific period at Ewood Park, the former England captain later joining boyhood club Newcastle where he would go on to become the club’s all-time record goalscorer.

Twice named as the PFA Player’s Player of the Year, Shearer sits comfortably ahead of the competition as the most prolific goalscorer of the nineties, hitting 168 Premier League goals.