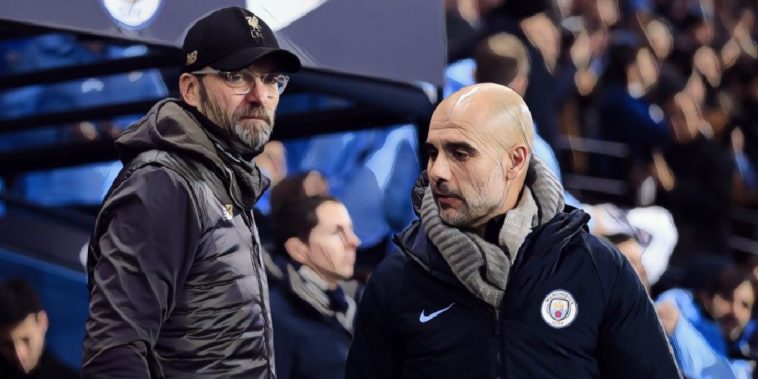 To this point in time, the rivalry between Manchester City and Liverpool that has emerged in recent seasons has a very different composition to any that has gone before it.

Taking shape in the social media age it is a rivalry that is routinely downplayed, even dismissed by each respective fan-base, such is the nature of one-upmanship that is commonplace on Twitter these days. We only hate Manchester United, claim Liverpool supporters. We only hate Manchester United, claim City. There is a widespread denial that the other club matters at all, which is odd considering how often one set of fans tweets about the other, and vice versa.

Across the tribalized playgrounds of social media, hate is perceived as a weakness whereas apathy concerning your enemy – even affected apathy – is a strength.

Yet as much as the fans pretend it isn’t so, an intense and toxic rivalry exists, both on the pitch and off. In 2013/14 the North-West giants went toe-to-toe in a title race that went right to the wire, and this was replicated five years later, highly dramatic finale and all. Since 2018 only United have managed to break up their duopoly at the top – on a single occasion – come May and in this period of shared dominance these extraordinary creations have accrued a seasonal average of 88 points apiece. This year no other side have been in the running, save for an early charge by Chelsea and we can once again expect a fiercely contested title battle that allows for only one slip or two.

As for the fractious relationship between the fan-bases there have unquestionably been enough incidents in recent years to ensure genuine ill-feeling persists from both sides and when that hatred feeds into the football we have – for all the protests to the contrary – a Premier League rivalry for the ages. Think Arsenal v Manchester United throughout the late Nineties and beyond, a parallel that holds up to every scrutiny, only with better hair.

It is logical to assume therefore that the media would be having a field day with this phenomenal occurrence at present, as two generational sides led by two generational coaches prosper concurrently, in doing so pushing the other to rarified heights. After all, every element of this duopoly is tailer-made for the obsession that newspapers and websites and television networks have these days with ‘narrative’, in making stories out of the football as well as celebrating the football itself.

Yet surprisingly, by and large, that does not appear to be the case. Surprisingly, while this compelling soap opera plays out before us, the fans play down its importance while the media give a collective, proverbial shrug, focusing instead on the individual brilliance of the teams concerned, as if they are two separate entities excelling at two separate times.

The rivalry is of course recognized and remarked upon. How could it not be? But again, using Arsenal and United’s long-running feud of yesteryear as a yardstick where is the intense fascination and the hyperbole that accompanied Wenger v Ferguson; Vieira v Keane; two generational sides of that era pushing the other to rarefied heights? Such was the interest in that rivalry an entire industry built from it, with books published and documentaries made. Is there a football fan alive who doesn’t know by now exactly what happened that time in the Highbury tunnel?

Will City/Liverpool hold the same degree of fascination in years to come? It’s extremely doubtful when people can barely muster up genuine enthusiasm for it now, when it’s taking place in real time before our very eyes.

Trying to decipher why this is so leads us down several rabbit holes but what can be presumed at least is that the next few months should bump up this rivalries’ standing a notch or two, perhaps to the same level Liverpool and Chelsea enjoyed in the mid-2000s.

In the coming weeks Pep Guardiola’s magnificent Blues and Jurgen Klopp’s astonishing Reds lock horns in a league clash that is less a ‘six-pointer’ and more realistically a title-decider. A mere six days later they meet up again at Wembley for a riveting FA Cup semi-final.

Given that so many of their previous games have been high-scoring classics – another reason why this rivalry’s muted appeal utterly confounds – that places us potentially on the precipice of history being made. Let’s not forget either that should both teams progress all the way in the Champions League they encounter one another in the final.

And maybe that is precisely what this rivalry needs, to send it from the realms of perplexing denial and relative apathy and into legend. A game for the ages to make it a rivalry for the ages. It wouldn’t hurt either if Fabinho and Rodri kicked off a bit down the tunnel.