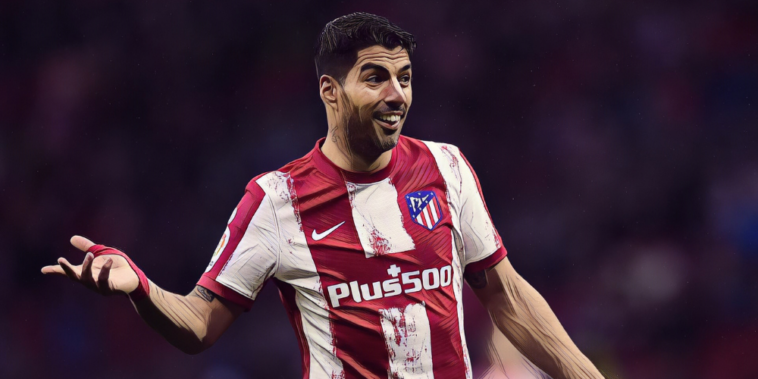 Luis Suarez has reportedly turned down offers from a number of clubs as the forward eyes a reunion with Steven Gerrard at Aston Villa.

Suarez is out of contract at Atletico Madrid at the end of the season and expected to leave the Spanish giants this summer, with a number of clubs having expressed an interest in signing the veteran forward.

Aston Villa have been linked with a move that would see Suarez reunite with former Liverpool teammate Gerrard and Spanish journalist Gerard Romero has claimed that the 34-year-old has rejected advances from a trio of Brazilian clubs in order to focus on a Premier League return.

Suarez played alongside Gerrard for three-and-a-half seasons at Anfield and the duo formed a close relationship during that spell, raising the prospect that the Uruguay international could move to Villa Park and play under his former teammate.

Gerrard last week signed another former Liverpool teammate in Philippe Coutinho on loan from Barcelona, with the Brazil international scoring a late equaliser on his debut against Manchester United.

Suarez scored 82 goals in 133 appearances in all competitions during his previous spell in England and has since gone on to win a wealth of major honours in Spanish football, including five La Liga titles and the Champions League.

The forward scored 21 league goals last season as Atletico Madrid were crowned La Liga champions, having signed for the capital club from Barcelona.

He has scored seven goals from 13 league starts for Diego Simeone’s side this season, but is not expected to be handed an extension to his deal at the Wanda Metropolitano Stadium.