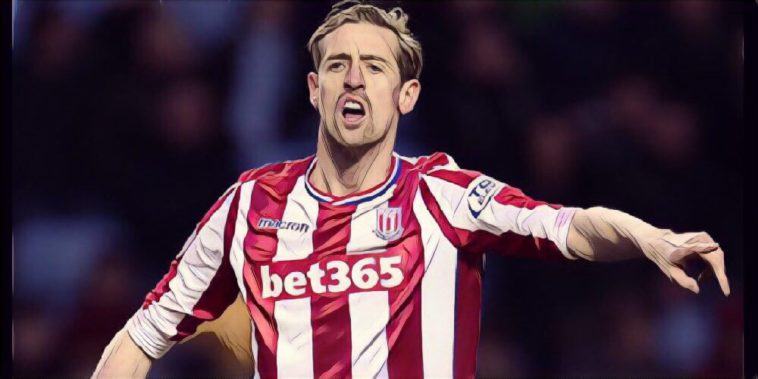 While there are those may get just one crack at life at the top level, there are others, for better or worse, who are able to secure multiple moves to Premier League club’s throughout their careers.

As much as we laud the most talented stars in the division, there is always a certain fondness for the ‘Journeyman’, the player who is frequently on the move and pops up at clubs up and down the country. Whether they deserve to or not, well that’s another matter.

Here’s a look then at the kings of the transfer market, the six men who have managed to ply their trade for at least seven top tier sides:

While the term ‘Journeyman’ can perhaps be a somewhat derogatory term for a player who couldn’t quite cut it anywhere, that simply wasn’t the case for this man, who hit 187 goals in a stellar Premier League career.

After firing Kevin Keegan’s Newcastle United to the top-flight during the 1992-93 season, Cole then hit a career-best 34 league goals in his first ever seen in the top tier, the most goals scored by a newly-promoted player in Premier League history.

Despite the Magpies riding high with an attack of Cole and Peter Beardsley, the former opted to move to Manchester United midway through the 1994/95 campaign, going on to win five league titles, two FA Cup’s and the Champions League under Sir Alex Ferguson.

The 1998/99 season, in particular, saw the best of the Englishman’s all-round game, the forward dovetailing beautifully with Dwight Yorke in attack as United romped to the treble, while the following season saw him bag 19 goals as the Red Devils secured a third successive league title.

The arrival of Ruud van Nistelrooy would limit the former Bristol City man’s game time, and he joined Blackburn Rovers in December 2001, where he enjoyed a two-and-a-half-year spell at Ewood Park before playing a solitary season at Fulham.

While well into his thirties, his standards never dropped too dramatically, his form at Craven Cottage earning him a move to United’s rivals Manchester City, before moving to Portsmouth and then enduring a brief goalless spell at Sunderland before finishing his career in the Championship.

Undoubtedly a ‘marmite’ figure among supporters – and teammates – the Welshman forged a solid career at the top level, albeit without quite reaching the heights he perhaps could have done.

After five years in the second tier with Norwich City, followed by a solitary season at Coventry City in the Premier League, the speedy forward made the move to St James’ Park, becoming a key figure in Bobby Robson’s exciting side in the early 2000s.

Following a tumultuous exit from the Magpies, Bellamy revived his career at Blackburn, helping the club to a top six finish and securing a place in the UEFA Cup, before departing for Liverpool after just one season at the club.

The Wales international then spent just one season at his boyhood club, his time on Merseyside ending as an unused substitute in the 2007 Champions League final defeat to AC Milan.

After an injury-ridden and forgettable period at West Ham, the winger then arrived at the Etihad as part of that spate of somewhat questionable signings under Mark Hughes in the early Sheikh Mansour era.

A change in manager spelled the end for his time in Manchester after a falling out with Roberto Mancini, with Bellamy spending the 2010/11 season on loan at Cardiff. His form in the second tier earned him a shock return to Kenny Dalglish’s Liverpool, before ending his career with the Bluebirds in the top-flight.

The diminutive winger is a player that seems to have been around forever, having made his debut for Palace as a 17-year-old in the second tier back in 2002, while still, albeit sporadically, featuring for Steve Cooper’s impressive Swansea side this season.

He was an everpresent during the Eagles 2004/05 Premier League campaign, before earning a move to Tottenham Hotspur, where he featured just five times in the league across three seasons, with much of his time at White Hart Lane spent on loan at Portsmouth and then Fulham in the top-flight.

A year-and-a-bit at Aston Villa brought about just two league appearances before Routledge dropped into the Championship for spells with Cardiff, Queens Park Rangers and Newcastle, the winger helping Chris Hughton’s side secure an instant return to the top division.

After again struggling to feature in the Premier League at St James Park, the Englishman was snapped up by Brendan Rodgers at Swansea City, the Welsh side’s attacking and exciting brand of football seemingly the perfect fit for the pacy wideman.

After seven straight years in the top-flight, as well as a League Cup triumph, Swansea dropped back into the Championship in 2018, with the club currently hoping to secure automatic promotion this term.

Despite having spent just nine years in the Premier League, the Israeli international managed the somewhat ‘impressive’ feat of turning out for seven different top-flight clubs, after not quite managing to settle anywhere.

The versatile defender joined Sam Allardyce’s eclectic mix of talent at the Reebok Stadium in 2004, going on to net his one and only top-flight goal in a 3-1 win over Tottenham in February 2005.

After his strong displays for Bolton, Ben Haim earned himself a move to Jose Mourinho’s Chelsea side on a free transfer in 2007, although the sacking of the Portuguese and the arrival of compatriot Avram Grant quickly brought an end to his time at Stamford Bridge.

A move to Manchester City under Mark Hughes then followed in 2008, yet just six months later he was shipped out on loan to Sunderland, before securing a permanent move to Portsmouth in the summer of 2009. Following relegation in his first season at Fratton Park, the defender was then moved on-loan to West Ham, before returning to Pompey just six months later.

A few years of contractual disputes and relegation followed, with his last taste of Premier League football coming in a short-term stint at QPR in the 2012/13 season. The 38-year-old has still not called it a day and is current plying his trade for Beitar Jerusalem, the 11th club of his career.

Now flourishing in his role as pundit/podcast king, the 6 ft 7 striker is one of the most beloved players of his era, after having been a reliable presence at each of the multitude of club’s he played for.

The Englishman spent his youth career at Tottenham, before spending time out on loan in non-league football as well as a forgotten spell with IFK Hasselholm in Sweden.

After flourishing for QPR and Portsmouth in the second tier, the striker’s first taste of top-flight football came at Aston Villa, where he netted just six league goals in three years at the club.

His terrific form in a solitary season at Southampton then earned him a move to Liverpool, where he won the FA Cup and played in the Champions League final, before reuniting with Harry Redknapp at Portsmouth. After an impressive year with the FA Cup holders, Crouch then made a return to Tottenham, playing a crucial role in securing a top-four spot for the club after his goal against Manchester City in May 2010.

He was on the move again in 2011 to join Stoke where he scored one of the league’s greatest ever goals, with his dipping long-range volley against City in a 1-1 draw in March 2012.

#OnThisDay in 2012, Peter Crouch scored this astounding volley for Stoke against Man City. Truly a sight to behold. pic.twitter.com/rugYTPkd8g

The lanky striker saw out his playing days with a goalless spell at Burnley, and while he was never prolific, ‘Crouchy’ still ended his career having hit over 100 Premier League goals, as well as holding the record for the most headed goals with 53.

And finally, the only man to play for eight different clubs. In truth, you do have to wonder how he kept getting moves, as he scored just 40 top-flight goals in his career and never hit more than nine in a season.

His career began with Brentford, before a move to Premier League side Crystal Palace in 1997, the young forward hitting five goals in just 16 games that season under Steve Coppell.

The Eagles subsequent relegation a year later saw the Englishman sold to Port Vale, although following two disappointing campaigns he was then on his way to Sheffield United, where he netted 15 goals in his first season for the club in the second tier.

His return to the top-flight came following a move to Blackburn in 2000, his eight First Division goals helping Rovers earn promotion back to the top tier. After a goalless run, he was then sold to Ipswich in 2001, his nine goals for the Tractor Boys ultimately in vain as they suffered relegation.

A loan to Leicester soon followed and continued his growing reputation in the top level, with Everton then taking a punt on him in 2004, although he scored just seven league goals in two years at Goodison Park.

After linking up with Darren Bent – no relation – at Charlton, the forward was sent on-loan to Wigan Athletic, where he grabbed a hat-trick against former club Blackburn, the only game in which two opposing players have scored a hat-trick in top-flight history, after Rogue Santa Cruz bagged a treble for Rovers.

Bent ended his Premier League career with a goalless loan spell at Wolves, before spells in the Indonesian Super League and back in the English non-league.