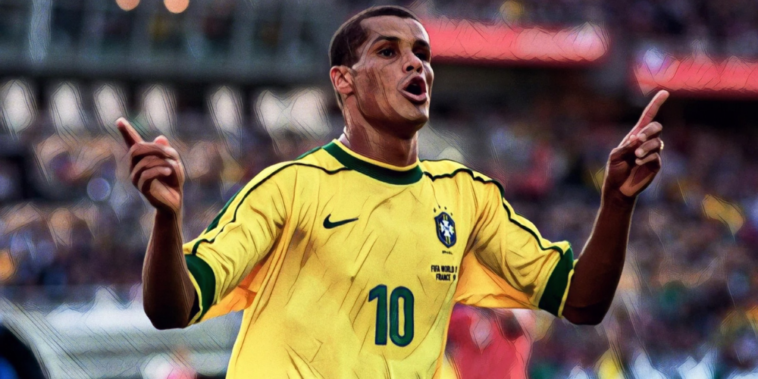 Football has been saddened over the past week following the passing of Frank Worthington, a wonderfully gifted footballer who won admirers for his antics both on and off the pitch.

Worthington was a maverick and an irresistibly gifted natural talent, a player capable of conjuring up moments of magic with his left foot and delighting crowds with his improvised ingenuity and highlight-reel star.

There’s just something about left-footed talents, isn’t there?

No one is quite sure what it exactly is, but a cultured left foot is amongst the most aesthetically pleasing aspects of the game and throughout the years we’ve seen some phenomenal lefties.

We’ve decided to compile a list of some of our favourites, not necessarily the best left-footed players of all time with both Lionel Messi and Diego Maradona absent, but a selection of stars who were magical to watch when at their very best.

We’ll start with the recently passed Worthington with the sport currently mourning the loss of one of its most colourful characters, the former England international a natural entertainer both on and off the pitch.

Worthington’s individualist flair ultimately cost him from winning more than his eight caps for the Three Lions, a maverick and magician in an era where expression was pushed towards the periphery when it came to the national side.

He did, however, wow the masses at club level and produced some exquisite moments, Worthington a player for who almost anything seemed possible and supporters waited in eager anticipation whenever he received possession.

He began his career with Huddersfield before spells with both Leicester and Bolton, a player once described as a ‘working-man’s George Best’ bringing a sprinkling of stardust to the boggy pitches of the seventies.

There was a failed move to Liverpool after the Reds pulled out of a deal amid concerns over Worthington’s blood pressure, a result of the extra-curricular activities he became famed for in a fast life led in true rock and roll style like his idol Elvis Presley.

Sent about four Ipswich players for an ice cream. 🍦

Worthington was not a player who conformed to conventions and that in essence was what made him so special, watching him manipulate the football with that magical left foot a waiting game to see what party trick was next out his top hat.

Brazilian football has produced some of the game’s greatest ever talents, the swashbuckling skill and style of the South American nation resonating with football fans from all corners of the globe.

Across the turn of the millennium the national side was home to the ‘three R’s’, Rivaldo, Ronaldo Nazario and Ronaldinho all forming part of the country’s 2002 World Cup winning vintage and each winning Ballon d’Or accolades between 1999 and 2005.

Rivaldo is perhaps not held in quite the same esteem as his illustrious compatriots but for a short period was the finest footballer on the planet, a left-footed genius capable of producing spectacular moments of inspiration.

Rivaldo had risen from poverty to announce himself to the footballing world at Deportivo La Coruna, Barcelona winning a chase for his signature and enjoying the best years of an incredible career.

He was artistic and arrogant in possession, possessing both poise and power, a player capable of both balletic turns and thudding power when shooting from distance.

Rivaldo scored 109 goals for Barcelona with almost a quarter coming from outside the penalty area, his catalogue of stunning strikes including overhead kicks against Manchester United and Valencia, the latter as part of a hat-trick many deem the greatest of all time.

Rivaldo was a bonafide, bow-legged genius at the peak of his powers yet remains under-appreciated in some circles, an odd legacy for a captivating footballer who had it all.

All, of course, except for a right foot.

The second Brazilian to feature on this list and once the world’s most expensive footballer, it’s fair to says Denilson’s career never truly hit the heights expected after his record-breaking move to Real Betis.

Denilson had shot to prominence as a teenager and was hailed as his country’s next bright thing, sparking a bidding war for his services from European clubs with Real Betis winning the race.

He had captured attention as a youngster at Sao Paulo and was quickly integrated into the national side, his style a mix of sublime skills and daring dribbles past opposition defenders.

Denilson, in essence, was a PlayStation footballer before video games had truly exploded, enthralling crowds with his fleet-footed wizardry and ability to utterly bewitch full-backs.

The tricks too often failed to turn into tangible product and he scored just five goals over his first two seasons with Betis, the club relegated at the end of that second campaign.

He remained for a further five seasons before a nomadic existence, winning the last of his 61 caps for the national side aged just 25.

The elastic-legged winger with innovative skills may not have fulfilled early expectations, but he was a show-stopping talent who entertained the masses with South American sorcery.

Bulgaria’s greatest ever footballer and an integral part of Barcelona’s iconic ‘Dream Team’, Hristo Stoichkov was an unmistakeable figure at his very best.

Stoichkov was the fiery forward who defined a generation for Bulgaria, a pent-up ball of attacking aggression with a left foot that delivered jaw-dropping moments.

His career was nearly over before it started as he was banned from football for life for his part in an on-pitch brawl in the Bulgarian cup final, a suspension later reduced to a month and a decision which paved the way for an extraordinary career.

Stoichkov burst onto the scene with CSKA Sofia before Johan Cruyff gambled on his tempestuous talents, adding more than a sprinkling of spice to the recipe as he formulated a formidable footballing outfit in Catalonia.

He arrived at a Barcelona side with just three titles in almost 30 years and inspired the club to a glittering period of success, winning four consecutive league titles and a maiden European Cup in the early nineties.

Stoichkov scored more than a century of goals over five seasons and formed an exhilarating partnership with Romario during the 1993/94 season, a season which provided some of the finest moments of the ‘Dream Team‘ era including a 5-0 thumping of Real Madrid.

Frenetic and fantastic, Stoichkov was named as winner of the Ballon d’Or in 1994 after inspiring Bulgaria to a third-place finish at that summer’s World Cup, perhaps the zenith for a player who proved the irritable inspiration of both club and country.

Modern football has seen a move away from the traditional playmaker, the free-spirited number 10 unshackled by tactical instruction sadly deemed a thing of the past.

It makes the very best exponents of the role all the more endearing when reminiscing nostalgically, with Gheorghe Hagi amongst the best of his ilk during a career that saw him become Romania’s greatest.

Nicknamed the ‘Maradona of the Carpathians’, Hagi was an exceptional talent capable of things many of his peers could only dream of, a footballer with a left foot that served as a wand to weave magic on pitches of the eighties and nineties.

He formed part of a Steaua Bucharest side that won three consecutive league titles and reached the final of the European Cup in 1989, before spending time on either side of the El Clasico divide in his later career.

Those spells with Spanish football’s superpowers sandwiched a short spell at Bari, an unconventional move for a player who so often did things his own way.

Hagi starred as Romania reached the quarter-finals of the World Cup in 1994, scoring the decisive goal as Argentina were eliminated in the last 16, showcasing his skills to the world in the United States.

That familiar turn of pace, sharp shooting and volatile temperament made Hagi a hero, the iconic Romanian later enjoying an Indian summer in the twilight of his career at Galatasaray.

Like many players of his type he struggled for consistency, but whilst at his mercurial best he was simply magic to watch.