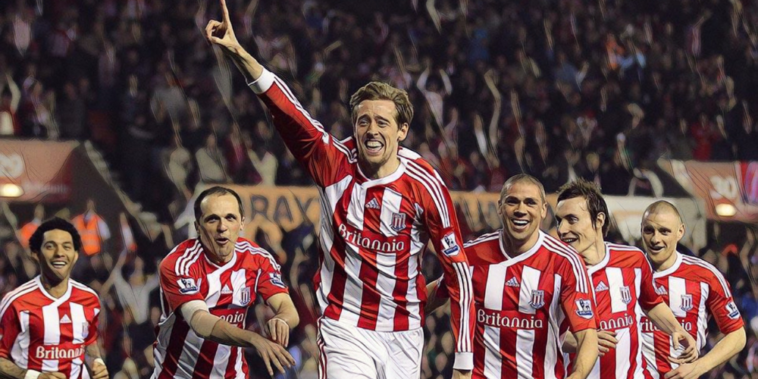 Peter Crouch became one of the most beloved cult players of the Premier League era during a memorable career at the highest level, representing a succession of sides and establishing himself as a firm fans’ favourite along the way.

Crouch proved both a great character and a great player, a man who seemed to defy scientific logic when unsettling Premier League defences with his gangly frame.

There was, however, far more to the self-deprecating former England international than his height, as a fine record of more than 100 Premier League goals will testify.

The ‘good touch for a big man’ quip has rarely been more relevant than when directed towards the towering star, whose touch and technique made him a popular teammate and ideal focal point.

Throughout his career, Crouch scored some stunning goals including some memorable overhead kick efforts during a three-year spell with Liverpool, but the finest strike of a remarkable career came for Stoke against Manchester City in 2012.

Crouch was in the midst of an impressive debut season with Stoke when a title-challenging Manchester City side arrived in the Potteries, where a moment of inspiration from the number nine put the hosts ahead.

The tee up and volley are an execution of technique to the very highest standard, a truly stunning strike from Crouch which lit up a 1-1 draw.

Read Also – Journeymen: The six players to have played for seven or more Premier League clubs