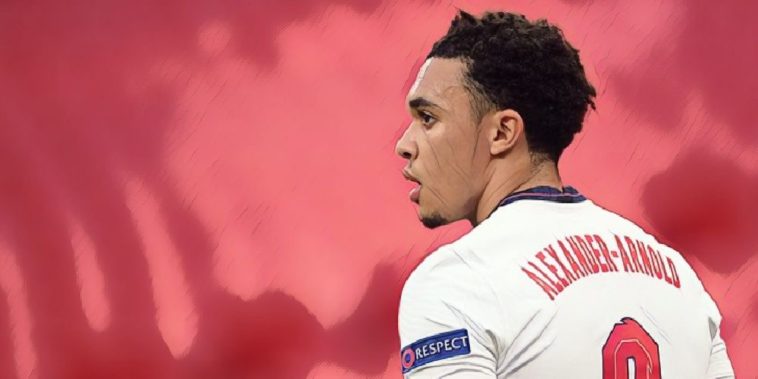 Jurgen Klopp has expressed his shock at Liverpool right-back Trent Alexander-Arnold being omitted from the latest England international squad.

After two superb seasons, it’s been a campaign to forget for Liverpool, currently sitting seventh in the Premier League and facing the very realistic possibility of missing out on Champions League football.

One of the key strengths of the Reds impressive campaigns has been their threat from full-back, with Alexander-Arnold and Andy Robertson often playing like wingers and racking up assists for fun.

While he has never particularly been renowned for his defensive abilities, the West Derby born right-back has seen his attacking output dip this season, scoring once and providing three assists in the Premier League, form which saw him left out of Gareth Southgate’s England squad for the recent World Cup qualifiers.

Southgate is blessed with an abundance of players capable of playing at right-back, and the Three Lions boss opted to go with Kyle Walker, Reece James and Kieran Tripper, with Trent being left to train at Liverpool’s new Kirkby training complex.

Speaking ahead of this weekend’s game against Arsenal, Jurgen Klopp expressed his shock at the 22-year-old’s exclusion, saying he has been the ‘standout right back in world football’ over the last two seasons.

“So I was surprised when he didn’t get the call-up,” Klopp said at his Friday press conference. “I didn’t plan at all with him. We had sessions planned for after the call-ups when players who were going on their national duties had time off and Trent was in that group — just to show how surprised I was about it.

“I respect that Gareth makes his own decisions but I didn’t understand it because Trent Alexander-Arnold was in the last two seasons — let me say the season before and the season before that — the standout right back in world football. That is the truth and at an unbelievable young age.

“I’ve no problem if my players get criticism. They can get it from me, they can get it from other people. He was the standout right back in world football. He started the season with Covid early on which is not good. It took him a while to get into the season but, from that moment he was one of our most consistent players. So that cannot be the reason.”

Keep your enemies closer: Five of the biggest feuds between teammates in football