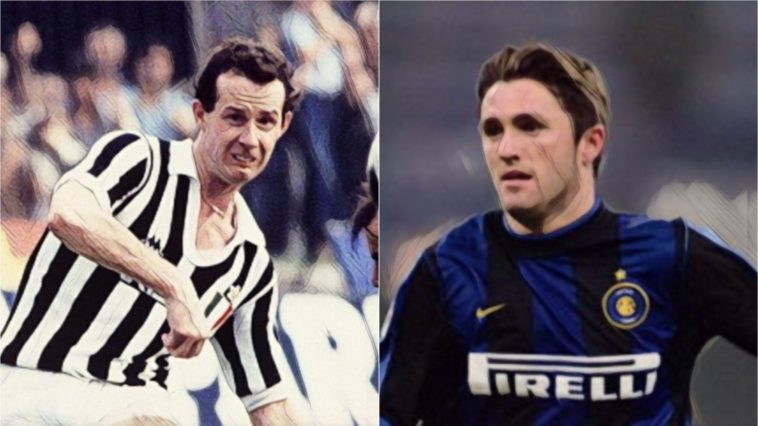 Recent rumours linking Jeff Hendrick with a moves to AC Milan and AS Roma raised many an eyebrow across the football world.

The Italian giant and Burnley’s workmanlike midfielder appear like an unusual pair, but on second glance it doesn’t look quite as ridiculous. Hendrick is hardly a world beater, but then again neither are Milan these days.

They are a far cry from the nineties and noughties teams that won many Champions League titles, and their current midfield, with the exception of Franck Kessie and Ismael Bennacer, is extremely mediocre. The presence of a Premier League regular like Hendrick couldn’t make them any worse.

On top of that the club’s finances are precarious, meaning they have to find bargains to make do, meaning Hendrick’s availability on a free once his contract runs down this year makes him a viable option.

Milan are also no strangers to Premier League castoffs, having signed the likes of Fabio Borini, Mario Balotelli, Fernando Torres and Tiemoue Bakayoko in recent years, while Roma have also made it their mission to revitalise the flailing careers of Premier League rejects.

A deal is on the table to keep Hendrick at Burnley, but if the Irish international does decide to trade Lancashire for Lombardy, he’ll be the fourth player from the island of Ireland to play in the Italian top tier and follow the path laid by these pioneers.

Every Irish footballer to have played in Serie A:

The shortest and least successful spell in Italy of the three players on this list, Robbie Keane’s £13m move from Coventry City to Internazionale was a huge deal at the time and signalled the potential of the young Irish striker at the time.

The Tallaght native had just come off the back of an impressive debut Premier League campaign with the Sky Blues, scoring 12 goals in 31 appearances in the 1999-2000 season. He was always destined for greener pastures than the English Midlands, but no one expected to see him get a five-year deal at one of Europe’s biggest clubs so early on in his career.

Sadly for Keane, it didn’t work out. Marcello Lippi, the manager who signed the forward, was sacked just one game into the 2000-01 campaign. His successor Marco Tardelli didn’t fancy Keane, sending him out on loan to Leeds United in the second half of the season. Tardelli would later go on to become the assistant manager of an Ireland team on which Keane was the star player.

The Dubliner, referred to as ‘Baby Irish’ by Italians, scored three goals in 14 appearances during his brief spell in Milan, including a terrific finish in a 3-1 win over Lecce in the Coppa Italia.

The list of Brits and Irish excelling in Italian football is a very short one, but up near the very top is one Liam Brady. The talented attacking midfielder was a star in the Arsenal sides of the late seventies that reached three consecutive FA Cup finals, winning the 1979 decider. That same year he also became the first foreigner to win the PFA Players’ Player of the Year Award.

After defeating Juventus in the semi-finals of the 1980 European Cup Winners’ Cup semi-final, the Turin outfit were sufficiently impressed to offer the Irishman the chance to sign for them. Italian clubs had only just been allowed to sign non-nationals again, making him Juve’s first foreign signing after the relaxation of the rules.

Brady went on to win two Scudetti with the Bianconeri, scoring the penalty against Catanzaro to seal the second league title on the last day of 1982 season. He took the spot-kick knowing that he would be leaving the club that summer.

Liam Brady tells @paulnealon2508 about THAT penalty on the last day of the season to win Serie A for Juventus in an hour long special on Liams career & more.

The Dubliner had been forced out of Juventus as the club had agreed the signing of Michel Platini and, because Italian clubs were only permitted three foreigners in the squad, Brady was the odd one out. It says a lot about his quality as a player that it took the arrival of arguably the greatest player in the world at the time to make the club move him on.

Brady was expected to move back to England, but he was convinced to sign for Sampdoria instead, where he played for two years. One of his first games for the Genoese side was a 1-0 win over his former club with Trevor Francis, British football’s first £1m signing, one of his new teammates.

He stayed in Italy for another three years, lining out for Inter and Ascoli, before finally heading back to the country where he made his name.

West Ham United signed Brady for £100,000 in 1987, playing for the East London side for three years before retiring from football.

Born Joshua Walter Sloan, but known widely as “Paddy”, in Lurgan, Co. Armagh in 1920, the striker lined out for the likes of Manchester United, Arsenal, Fulham and Tranmere Rovers before becoming the first Irishman to feature in Serie A.

Sloan moved to United from Glenavon for a reported £200 as a 17-year-old and showed promise in the club’s ‘A’ and Reserve teams, but was transferred to Tranmere Rovers in 1939 without making an appearance for the first team. His auspicious career, like so many of his contemporaries, was interrupted by the Second World War, however.

Sloan became a sergeant-pilot in RAF and was stationed mostly in Canada, but he remained a Tranmere player throughout the war, scoring 15 goals in 22 appearances for the Wirral outfit. He also guested for a number of clubs during this period, including Man United, and helped Bath City win the League West Cup in 1945.

In this day in 1947 Arsenal made the short trip to Griffin Park to face Brentford. A goal by Paddy Sloan was enough to give the Gunners a 1-0 win.

The Irishman’s parent club were expecting him to return following the end of the war, but he had attracted the attention of other clubs, including Arsenal, who had previously offered a 15-year-old Sloan a deal to join the Gunners, but his parents vetoed the move.

In 1946 Sloan signed for the North London outfit and had a strong first season, making 27 appearances. He fell out of favour in the next campaign though, making just three appearances for the team that won the First Division title in 1948.

After a short spell with Sheffield United, Sloan moved to AC Milan in Italy, becoming the first Irish-born footballer to feature in Serie A. Playing alongside stars such as Gunnar Nordahl and Albert Gudmundsson, he scored nine goals as the Milanese club finished third that season.

Paddy Sloan (right) the first Irishman to play in Serie A. Pictured when at AC Milan. Paddy also had spells with Torino, Udinese and Brescia. #WildGeese pic.twitter.com/eFA8Ac4kgk

Sloan, who won caps for the international teams on both sides of the Irish border, left Milan at the end of the season and subsequently lined out for Torino, Udinese and Brescia over the next few years. He returned to England in December 1951, signing for Norwich City.

He continued playing until 1958 before becoming a football manager and passed away in April 1993.