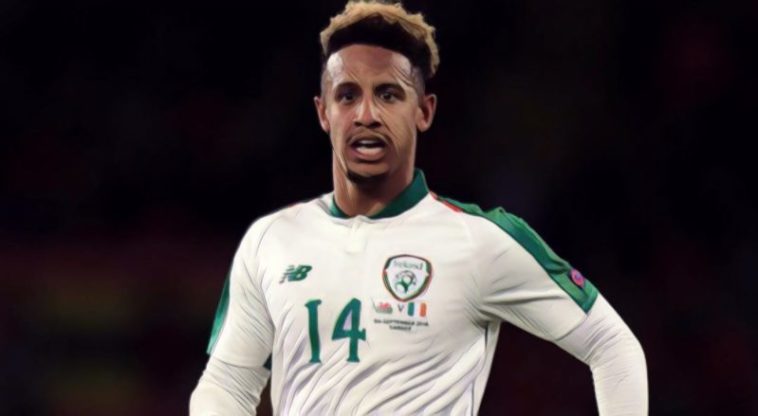 Tracking all of the major transfer deals featuring Irish footballers in this summer’s transfer market, from the Premier League and Championship to the League of Ireland and beyond.

Players from the Republic of Ireland do not feature as highly in the top levels of football as regularly as they once did, so when one does make a big move to a top tier club in England or somewhere else, it creates a bit of chatter, stirring the hope that we might just become relevant once again.

We can but only hope and pray. This summer we’ve already seen on Irishman break a club record with his transfer, a former Liverpool academy graduate find a new team, a Manchester United player go on loan, and another even moved to eastern Europe.

Sheffield United have broken their club-record transfer fee to bring Callum Robinson in from Preston North End, where he has impressed in the past two seasons in the Championship. Read more about what we had to say about the striker’s move to the Blades here.

? “I knew that this was the right place for me”

Richie Towell speaks for the first time as a Salford City player!#WeAreSalford ?? pic.twitter.com/ix80RO0dHC

A rather unexpected move, Richie Towell joined forces with the Class of ’92 after being released by Brighton at the end of last season. Although he never broke into the Seagull’s first team, the attacking midfielder had two very good loan spells at Rotherham, the first of which saw the club get promoted to the Championship.

The Irishman surely would have been picked up by a second or third tier team after his stint with the Premier League club came to an end, but it goes to show the level of investment being put into Salford City. After gaining promotion to the English Football League in May, there is clearly a desire to stay there and move up the divisions as quickly as possible.

After being released by Liverpool at the end of last season, Conor Masterson moved south to join Queen’s Park Rangers. The centre-half, who can also play in midfield, made headlines in 2018 when he was included in the Reds’ matchday squad for their Champions League quarter-final tie against Manchester City.

Masterson was at one point the captain of the club’s U18’s team, and also performed well for Ireland in the recent Toulon Tournament.

Capped 12 times at U21 level for Ireland, Kieran O’Hara has made a temporary move to Burton Albion from Manchester United to secure himself more playing time. At 23 years of age, the goalkeeper needs to start making an impression soon if he wants to have a long-term future at the club.

The Irishman has been sent out on loan on six previous occasions since joining the Red Devils in 2012, and he played 42 times for Macclesfield last season.

At just 19 years of age, Ali Reghba is just the latest young talent being picked up by English clubs from the League of Ireland. Born in January of 2000, the winger has lined out for the Ireland U19s in the past, although he also has Algerian heritage.

Read: Bohs hold their own against Chelsea, redemption for Batshuayi, and Molloy scores a belter

Another highly-rated prospect, Aaron Bolger made the move to Cardiff City from Shamrock Rovers after spending time on loan at the club earlier this year. The 19-year-old midfielder is technically proficient but isn’t afraid of putting in a tackle either.

After three years away in England, Andy Boyle has return to Ireland, where he has rejoined the Dundalk cause in their search for a fifth league title in six years.

The defender had a good start to life at Preston North End, but he couldn’t break into the squad after Simon Grayson, the manager who signed him, was replaced by Alex Neil. He went on loan three times during his stint there, although he did win the Scottish Championship and Scottish Challenge Cup while at Ross County before being released by his parent club.

Delighted to have signed for @FCBarcelona . I have worn the @wba badge close to my heart for the last 10 years , so a huge thank you goes out to everyone that has helped me there , nothing but love and gratitude. Hard work starts now #FORÇABARÇA #MésQueUnClub?? pic.twitter.com/EJDkWXbRz6

How often do you see players moving from West Bromwich Albion to bloody Barcelona? Never, until this summer that is. And it was a 16-year-old who made the big switch.

Louie Barry has swapped the west midlands for sunny Catalunya, where he will rub shoulders with Lionel Messi, Luis Suarez and Ivan Rakitic. Unfortunately for us, he switched allegiance from Ireland to England earlier this year, but this is an incredible move nonetheless.

He’ll have to do something about that hair though.

O'CONNOR JOINS; HERY DEPARTS: Striker Michael O’Connor has joined the club on loan from Linfield. The club can also confirm that Bastien Hery has joined Linfield on a permanent deal for an undisclosed fee. #WaterfordFC https://t.co/pDsjLxFZj1 pic.twitter.com/lZNg0xoDRk

Bit of an odd one this, as one of the most talented players in the League of Ireland left Waterford United for NIFL outfit Linfield. It’s no secret that the Munster club has been in a spot of turmoil ever since losing its Europa League spot to St Patrick’s Athletic, and losing Bastien Hery seems to be the latest problem.

The Frenchman joined the Blues in time for their Uefa Champions League qualifier against Rosenberg, although he couldn’t stop the Northern Irish side losing 2-0. His skill and ability will be missed by League of Ireland fans.

One of the oldest Irish players going at the moment, if not the oldest, Joe Murphy made the switch from Bury to Shrewsbury this summer. The Dubliner, who has played for ten different clubs in a career spanning 21 years, has won two caps for Ireland, the last of which came in 2010.

It’s always great to see Irish players move out of their comfort zone and seek a new challenge away from the UK or Ireland in the football careers. Graham Carey has done just that by moving from League One to one of the biggest clubs in Bulgaria.

Manchester City picked up Gavin Bazanu from Shamrock Rovers when he was just 16-year-old, and now that he’s a year older they are impressed enough that they have signed him to a professional contract. The goalkeeper will join the senior team on their pre-season trip to the far east this month.

Adam Idah fires home his second of the day and goes straight to celebrate with the new manager. #IRLU21s #COYBIG pic.twitter.com/seYthpHApc

It’s been a good year for Adam Idah. The Corkman scored 13 goals for Norwich City’s U23s last season, scored a wonderful goal against Luxembourg for the Ireland U21s in a Euros qualifier, and played an important role in the same side’s run to the semi-finals of the Toulon Tournament last month. And to cap it all off, he’s just signed his first contract with the Canaries, which runs til 2023.

At just 18 years of age, Idah could be Ireland’s striker of the future if he continues on the upward trajectory he’s been on in 2019. With any luck, we’ll be seeing him play in the Premier League soon.