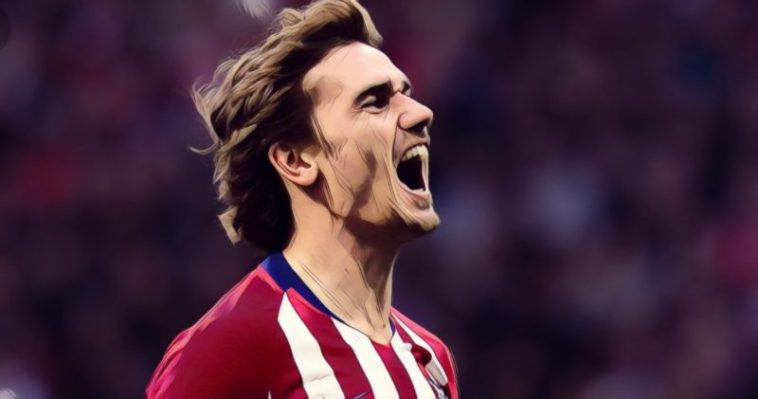 Barcelona finally get Griezmann, Tielemans returns to the Premier League, Arnautovic finally leaves England, and one club smashed its own transfer record.

There has been £2.99bn spent in this transfer window thus far and it’s almost certain that the three billion mark will be broken by weekend’s end.

It finally happened: Antoine Griezmann made the move from Spain’s capital to Catalunya, leaving Atletico Madrid from Barcelona in a deal worth well over a hundred million pounds, making him the third most expensive player ever. Now we can all get on with our lives.

✌️ Life is all about second chances. pic.twitter.com/5ArFiaP2ht

Only, that might not be the end of the story. Atleti are reportedly taking the La Liga champions to court of the transfer fee, which was set by a release clause in the player’s contract. That clause came into effect on July 1, whereas the release clause was set at €200m before that date, and the Madrid outfit say it is clear that Barcelona agreed a deal with Griezmann before that date.

Whatever comes of that appeal, on the pitch this move seems like a bit of a gamble for La Blaugrana. At 28 years of age, the French attacker’s production is likely to start declining in the next few years and we have likely already seen the best of him.

Griezmann’s numbers have already plateaued judging by last year’s performance, although playing alongside a burned-out Diego Costa probably didn’t help. Having Lionel Messi as a teammate could make a huge difference in that regard, although it is difficult to see where he fits when the club still have Ousmane Dembele, Malcolm, and former Liverpool players Philippe Coutinho and Luis Suarez.

Read: The five most expensive French players of all time

With this signing now complete, Leicester can argue that they have a better midfield than nearly half of the top six in the Premier League. The trio of Youri Tielemans, James Maddison and Wilfred Ndidi is certainly better than what Arsenal and Manchester United have at the minute, and not far off Chelsea or Spurs either.

Forty million pounds is not an insignificant amount for a mid-table team to throw around, but when you consider that Chelsea paid the same for Mateo Kovacic, then this looks like good business indeed. The Belgian midfielder has been a hot prospect for a few years and impressed on loan from Monaco last season.

The Ligue Un club’s manager Leonardo Jardim is reportedly not a fan of the 22-year-old, thus giving the Foxes the perfect opportunity to land a star in the making. What’s amazing is that none of the aforementioned clubs, barring Chelsea, seemed interested in buying him when he looks like an ideal fit. With the east midlands outfit looking to stage a top-six ambush this season, they could come to regret that.

Anyone else just glad this one finally got done and we can forget about Marko Arnautovic? The Austrian had been playing well for the Hammers in his first year at the club, then he started talking about wanting to play for a Champions League club and it all went off the rails from there.

What’s surprising is that West Ham didn’t just sell him back in January when he was clearly unsettled and a big offer from China was on the table. His contribution to the club’s cause for the latter end of the season was practically nil.

Confirmed that West Ham have agreed to sell Arnautovic. Told “it’s a terrible deal for us but manager, players and staff want him out”

Predictably, Arnautovic left this week and the London club did at least recoup some of the money they spent to buy him from Stoke City two years ago. Their attention apparently turns to signing Eintracht Frankfurt striker Sebastian Haller.

During his four years at Bournemouth, Tyrone Mings played a grand total of 22 games. His impact at the club was minimal at best and he never got a run of games under Eddie Howe.

Somehow though, the Cherries were able to squeeze over £26 million out of Aston Villa for the defender. This move shows just how much of a seller’s market it is out there when a player with so little Premier League experience can move for quite so much.

Then again, ask any Villa fan and they will say how important the 26-year-old was to their promotion push in the second half of last season, scoring twice in 15 Championship appearances. His value to the Birmingham club is far greater than it might be to others, and Bournemouth took advantage of that.

Villa also bought Ezri Konza from Brentford for £12m (€13.3m), bringing their summer spend up to £94.5m. That has drawn comparisons with Fulham, who spent over a hundred million but crashed and burned nonetheless, falling back down to the second tier at the first attempt. Time will tell whether they have spent it more wisely.

The Sean Dyche project has been doing its thing successfully for the past three years now, so there’s no need to go around splashing tens of millions on six new players every summer. If it ain’t broke, don’t fix it.

In any case, Jay Rodriguez, Burnley’s first ‘mega’ money signing in this window, barely counts as a new player. This is where he spent the formative years of his career after all, before moving on to Southampton for seven million pounds. Over five years he racked up 128 appearances and 41 goals for the Clarets when they were still a Championship club more often than not.

The Englishman kept up a similar rate of scoring for the Saints in the Premier League, although a serious injury meant he missed all of 2014/15. He scored just nine goals in all competitions in the following two seasons following his recovery, and went off to West Brom in 2017.

A risk is attached to players who have missed big chunks of time through injury, especially with a relatively big price tag attached to them when they’re about to turn 30. But Rodriguez could be on the verge of experiencing a renaissance of sorts, having scored 22 goals for the Baggies on their way to the playoffs.

They didn’t gain promotion in the end, but his goals were vital. It was the first time in five seasons he had reached double figures, and the first time ever he reached the 20-goal mark. The best years of his career were robbed from him, but this could be his chance to show everybody what they’ve been missing.

Sheffield United have broken their club-record transfer fee to bring Callum Robinson in from Preston North End, where he has impressed in the past two seasons in the Championship.

This is one of those signings where a newly promoted club is hedging their bets a little bit. Everyone knows there’s a fair chance they will be going straight back down, but they also need to make every attempt to give themselves the best chance of staying up.

Often that means spending a ton of money to get footballers of the requisite talent level, but as Fulham and QPR have shown in the recent past, that isn’t always the best solution. But the squad needs strengthening nonetheless, so you buy a young upstart who has impressed at a lower level for a nominal fee.

Enter: Callum Robinson. The striker could turn out to be a dynamite finisher at this level, in which case they’ve done a great deal. But even if they don’t stay up, they’ve bought a talented player who would likely stay on board when they’re back in the second tier.

All transfer fees via Guardian.