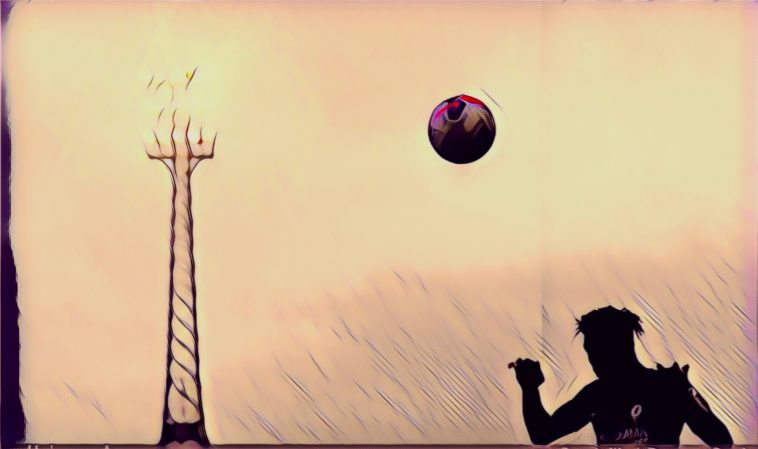 The Frank Lampard era has begun, but he will be hoping it does not continue the same way it started as Chelsea could only come away from Dalymount Park on Wednesday with a draw.

Michy Batshuayi opened the scoring in just the eighth minute, but the Blues did not build on that early lead, allowing Eric Molloy to get the equaliser for Bohemians late in the game.

There were some big names involved, such as Pedro, Cesar Azpilicueta and, of course, Danny Mandroiu, while a bunch of young players got a chance to impress their respective managers on a rainy day. ‘Triallist’ could be crossed out on the pre-season bingo card, with Bohs giving tryouts to a few potential new recruits, while the home faithful cheekily sang “you’re getting sacked in the morning”.

This is only pre-season, so it is best advised not to come away from these summer fixtures with any hard and fast conclusions about the teams involved — but we’ll start making some anyway.

In the first-half, Chelsea lined out in a 4-2-3-1 formation before making wholesale personnel changes at half-time and slightly altering the formation to something resembling a 4-1-2-2-1. In any case, we can be sure he wants some variation of 4-3-3.

Whichever guise it takes when the Premier League returns next month, it seems Lampard will go with one up top regardless. Batshuayi started, before making way for Ike Ugo after the interval. Assuming Ugo is not promoted to the senior squad, his Belgian teammate will be competing with Olivier Giroud and Tammy Abraham for that elusive starting role.

Superficially the system will mirror last season’s, with four at the back and three in midfield, although one suspects the approach will differ a good deal.

Bohs hold their own against Premier League titans

So it wasn’t anywhere near a full-strength Chelsea side, and they haven’t had a chance to gel together under their new manager. But plenty of English teams have come to Ireland in the past and handed down a good walloping, no matter how many first-teamers are missing or not.

Bohs were up for the battle here, getting stuck in wherever possible. Although they conceded plenty of shots from the visitors, they didn’t give away too many clear cut chances. Even Batshuayi’s goal had a slice of luck attached to it, Kenedy’s effort deflecting off a defender before landing right at the striker’s feet.

Mandroiu even got a few cheeky nutmegs in early doors, as if to illustrate the fact that the Gypsies held no fear of their more illustrious opponents. The draw was well-earned, but it was also well-deserved.

“Everybody will have the opportunity to show what they can do and [demonstrate] their attitude, the way they play and train in pre-season onwards,” was one of Lampard’s first statements upon taking the reins at Stamford Bridge.

That was the proverbial olive branch being extended to Batshuayi, Danny Drinkwater and Tiemoue Bakayoko. The Belgian was sent on loan twice last season, while Bakayoko spent the year at AC Milan after a disappointing first campaign in London in 2017/18.

Drinkwater has remained at Chelsea since arriving in 2017, but might as well not have existed. Maurizio Sarri froze him out of the squad, and didn’t even name him on the 23-man panel for the Uefa Europa League final against Arsenal.

Lampard wasn’t just giving lip-service to the notion of giving everyone a chance, playing all three men in this fixture. With a transfer embargo in place, he will have little choice but to give them every opportunity to make themselves useful to the team, but it’s a sign of how he means to go on.

Youngsters on both sides impress

It wouldn’t be pre-season with without a few spotty teenagers running about the pitch, as Chelsea started a number of players from their much-vaunted, yet oft-neglected academy. Billy Gilmour, one of the brightest prospects on the club’s books, played well and fizzed a shot on goal in the second-half. Welsh international Ethan Ampadu impressed, while Dujon Sterling, Marc Guehi, Conor Gallagher and Kasey Palmer also started.

The youngest participant was practically prepubescent in comparison however, as 14-year-old Evan Ferguson, son of former Bohs and Longford Town defender Barry, made his debut. Coming on as a second-half substitute, Ferguson made a weaving run into the box before releasing a shot that went just wide of the far post. Watch this space.

Read: Liverpool’s newest signing and rest of the youngest ever Premier League debutants

Already looking as if he is a shoo-in for the number one spot in the Team of the Year, James Talbot put in another customarily impressive performance between the sticks for Bohs.

While Chelsea did not have a huge amount of clear chances, the goalkeeper was equal to almost everything the Blues threw at him. After the break, Bakayoko stung a rasper towards goal, but he had it well covered, while Gilmour forced a good, low save from the Dubliner.

Talbot’s shot-stopping kept the team in the game long enough to find an equaliser and come away with a famous draw.

Football is a sport that can take players all over the world, to places they never dreamt of visiting, and few people know that better than Eric Molloy.

Just last year the winger was playing in the same tournament as Real Madrid, representing Team Wellington in the Fifa Club World Cup. Fast forward to the present day, and the Carlow man has gone from playing football in New Zealand to lining out against Chelsea.

Molloy is currently on trial with Bohemians in the hope of gaining a spot in the squad, and he did his chances no harm with a spectacular goal to earn his side a late draw.

In the 89th minute Keith Ward played a lovely ball through to Molloy in the box, who smashed the ball home before showing off his acrobatics in celebration. Manager Keith Long might have a class act on his hands, although now everyone else knows too and he might not remain without a club for too long.

Chelsea will take on St Patrick’s Athletic this weekend as they continue their preparation for the new campaign, and in search of Frank Lampard’s first win in the hot seat.

See Also: An in-depth look at what Irish teams can expect to face in Europe this week