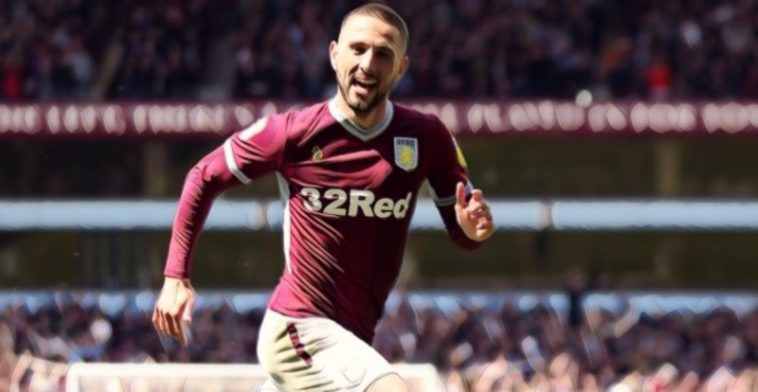 Conor Hourihane says he is ‘delighted’ after signing a new contract at Aston Villa.

The Ireland international has been rewarded for his contribution to Villa’s promotion campaign last season, signing an extension to his deal at Villa Park ahead of the Premier League season.

The 28-year-old has become a key figure at the Midlands club since joining from Barnsley in 2017, and played a pivotal role as Dean Smith’s side secured a return to the top flight via the play-offs last season.

The midfielder says he is ‘delighted’ to extend his stay at the club, with Hourihane revealing his excitement at the prospect of playing Premier League football next season.

”It’s exciting times for the club with us moving into the Premier League. I’ve waited all my career for the opportunity to play at this level and the time has now arrived.

“I’m really looking forward to the season ahead. It’s a big period for me personally as I’ve come all the way from League Two to reach the top. I’m glad to sign and look forward to being here for seasons ahead.”

✍️ We are delighted to announce that @ConorHourihane has put pen-to-paper on a new contract!