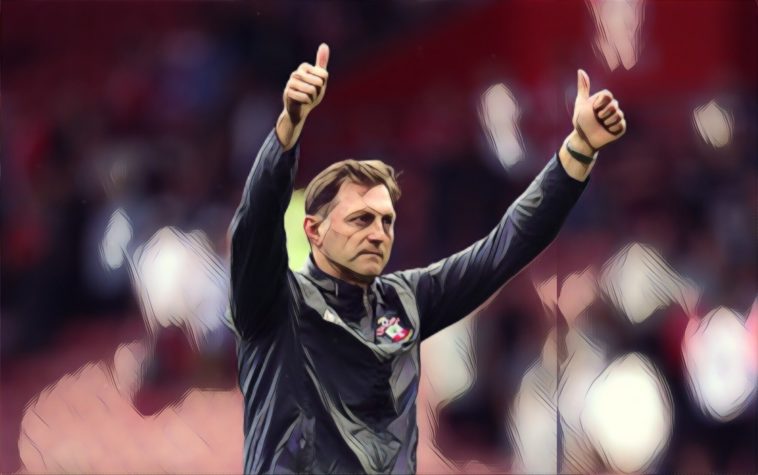 Jannik Vestergaard’s header earned Southampton a point at St Mary’s, who had to hold on for the draw after seeing defender Kevin Danso sent off for a second bookable offence.

Daniel James had opened the scoring for Manchester United with his third goal of the season, but Southampton grew into the game and secured a draw through Danish defender Vestergaard’s second half strike.

Hasenhüttl was full of praise following his side’s performance, hailing the team’s mental strength to secure a result despite Danso’s sending off.

“It is an unbelievable performance mentally from my team,” Ralph Hasenhüttl told BT Sport.

“We showed good mentality today after the red card. It was not easy. But with all the hard work, a man less and a third game in a week it is an unbelievable performance mentality from my team. I can only raise my hat to them. It was fantastic today.

“In the first half we showed a really intense performance. There was one action where we went 1-0 down. The players believe in what we are trying to do and showed they are always trying to be positive. That was the key to the success today.

“It was a massive week, we had three injuries and played 20 minutes with a man less.

“Kevin Danso is a young guy who did a good job today. His position today is not his best position. It is something you have to learn.”