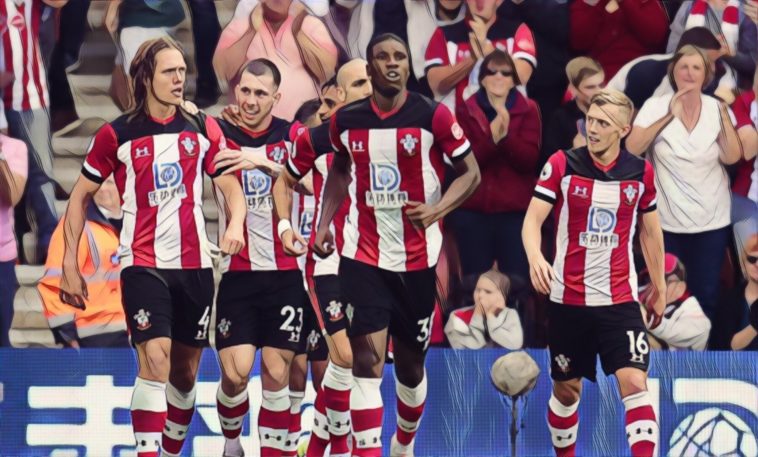 James Ward-Prowse says Southampton were ‘comfortable’ after coming from behind to earn a 1-1 draw with Manchester United on Saturday.

Danish defender Jannik Vestergaard’s towering header earned ten-man Southampton a point at St Mary’s, after Daniel James had opened the scoring for the visitors with a fine early effort.

The Saints were forced to play the final 17 minutes of the contest a man down after Kevin Danso saw red for a second bookable offence, though midfielder Ward-Prowse believes Ralph Hassenhüttl’s side were ‘comfortable’ throughout.

Speaking to BT Sport Ward-Prowse said: (The message at half-time was) “not to panic. We were quite comfortable during the game and we kept believing in what we were doing.

“We had to be patient and the giant at the back popped up with a great header.

“We were ten men against Manchester United, but we stuck in there and showed the determination we need to climb the table.”

See Also: Six strikers who smashed it in the Premier League after promotion from Championship