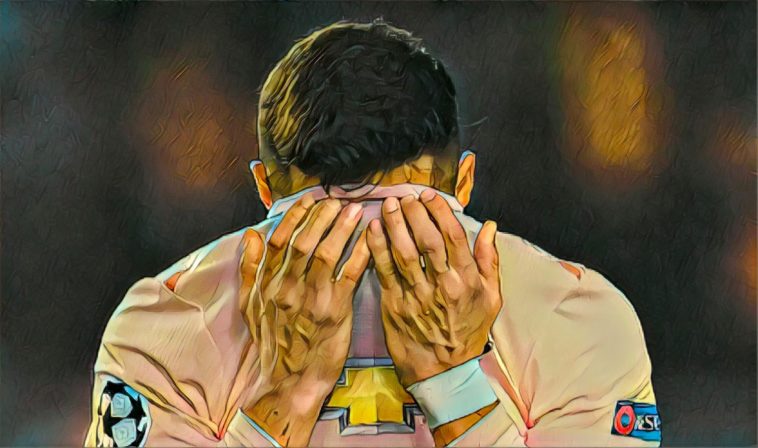 Revelations about Alexis Sanchez’s time with Manchester United cast the once-irrepressible forward in a dim and unfavourable light.

And so the clearout continues. Since Ole Gunnar Solskjaer took over at Old Trafford, Marouane Fellaini, Ander Herrera, Antonio Valencia, Romelu Lukaku and now Alexis Sanchez have all left the club. Chris Smalling is due to follow them out the door too.

The Norwegian is intent on rooting out the deadwood, but the most rotted piece in the squad was undoubtedly the Chilean forward. As with any exit in football, the leaks will surely follow — and they don’t reflect well on the departing player at all.

Laurie Whitwell and Adam Crafton have reported for The Athletic what Sanchez was like behind the scenes at Manchester United and Arsenal, painting a picture of a recluse whose attitude and salary would often rub teammates up the wrong way.

Sanchez’s wages at United have been well documented. When he arrived at Old Trafford in January 2018 for £31.7 million, it was reported that he would be earning in excess of £300,000 per week. With add-ons and bonuses, this had the potential to rise to £560,000.

Whatever the true figure the attacker was earning on a weekly basis, United certainly did not get their money’s worth out of him. He has made just 45 appearances in all competitions, providing five goals and nine assists. He was also on the injury table for 124 days.

The nature of Sanchez’s contract, and his lack of contribution to the first team, caused discontent in the dressing room. Paul Pogba’s agent, Mino Raiola, believed his client deserved more in comparison, while Ander Herrera left the club after not receiving the pay rise he wanted, while Sanchez’s salary is said to have had “a direct impact on United’s ongoing negotiations with David De Gea”, to the point where it has been suggested it has affected the goalkeeper’s form this year.

The ill will towards Sanchez was only compounded further by his reclusivity. He does his job, but also keeps himself to himself, rarely mingling with teammates and apparently had “no friends at Arsenal”. Ironically, the only player he interacted with was Lukaku, who he now joins at Inter Milan. “Pain in the arse,” was how he was described by an Arsenal insider to The Athletic.

The toxic atmosphere was at its worst under Jose Mourinho, who apparently brought up the player’s huge pay in front of his teammates. The Portuguese manager favours generating a level of tension in his teams in order to get them to perform, and this was how he sought to do so with Sanchez. It didn’t work evidently.

Solskjaer got no closer to coaxing the most out of Sanchez, who left his best behind him in North London when he moved across Premier League clubs, and felt it was only right he was shipped off. As a source told the American sports website: “The Norwegian only wishes to work with players he believes want to be at United and in Sanchez he encountered a riddle that could not be solved.”

It is curious then, that United have not included an option to buy for the end of Sanchez’s loan should Inter wish to make the move a permanent one. Supposedly the club are keen to get as much of a transfer fee out of him next summer should he somehow rekindle the form he showed for the Gunners, rather than let the Italian outfit get him at a reduced price.

Wishful thinking, but at least United are employing some of the forward thinking that was sorely lacking when they offered an aging superstar with thousands of miles on the clock one of the most bloated contracts in sports history. Whether it is enough to stop the rot is another question.

Read: From Cantona to Sanchez – Ranking all of Manchester United’s number 7’s

See Also: Who should be Man United’s designated penalty taker?