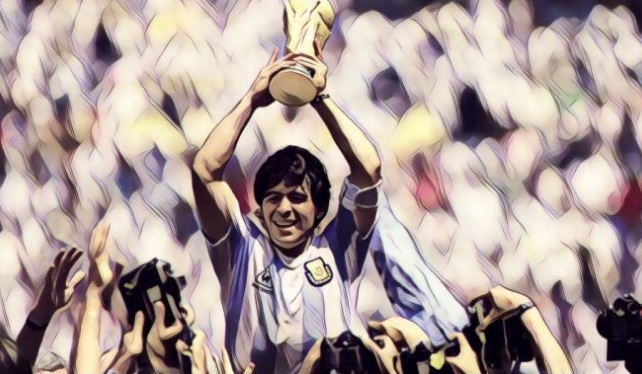 Diego Maradona was, quite simply, a footballing God.

Having almost single handedly won the World Cup with Argentina, he then went and repeated the trick with a struggling Napoli side, carrying them to two Scudettos and the Uefa Cup.

El Diego’s career was never short of controversy on and off the pitch, and in many ways this just made his legend grow. We take a look back at some of the best quotes others in the game used to describe his greatness.

“Even if I played for a million years, I’d never come close to Maradona. Not that I’d want to anyway. He’s the greatest there’s ever been.” — Lionel Messi

“In Argentine football, there is a before and after Maradona.” — Julio Grondona 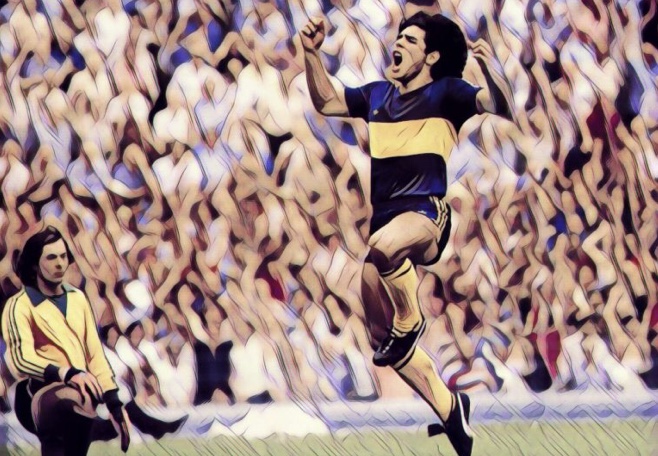 “Diego apologised to me after he scored the second goal against England. He could see me unmarked at the far post the whole way but he couldn’t find a gap to get the ball to me. The fact is I felt offended. It was an insult to my profession. I mean, even on a run like that he still has the time to look up and see me. As a player I was nothing compared to him. He was incredible.”— Jorge Valdano

“Maradona is a God to the people of Naples. Maradona changed history. In 80 years, we had always suffered, fighting against relegation, yet in seven seasons with him we won two leagues, a UEFA Cup, two Italian Cups. I’m a fan too and to live those years with Maradona was incredible. Being on the pitch when they won the Scudetto was amazing.” — Fabio Cannavaro

“In training you could see the real Maradona, and it was quite a spectacle. He never lost a practice match.” — Francesco Romano 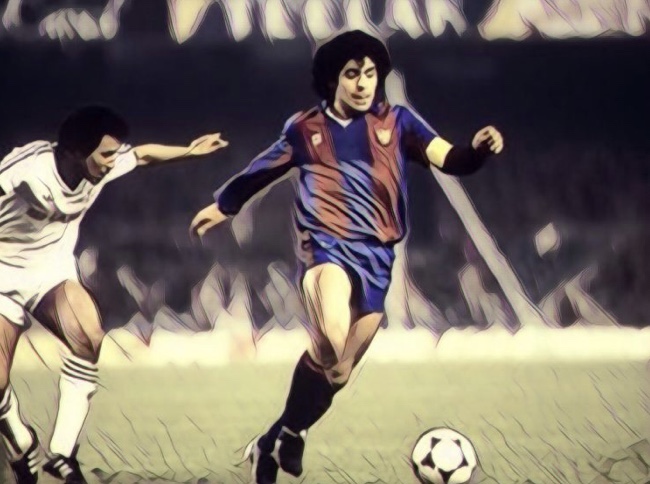 “Some say Pele was the greatest player of all time, but not me. Maradona will always be the greatest. He won World Cup in 1986, narrowly lost in the final in 1990 and then in 1994 maybe would have won it again had he not been banned. The crucial difference with Pele is that Maradona wasn’t surrounded by great players; he had to carry the team himself. If you took Maradona out of Argentina they would not win the World Cup, but I think Brazil without Pele would still have won.” — Eric Cantona

“Beyond everything else, no ball ever had a better experience than when it was at his left foot.” — Jorge Valdano

“There will never be anyone like Maradona again, not even if Messi wins three World Cups in succession or scores a bicycle kick from midfield.” — Hector Enrique 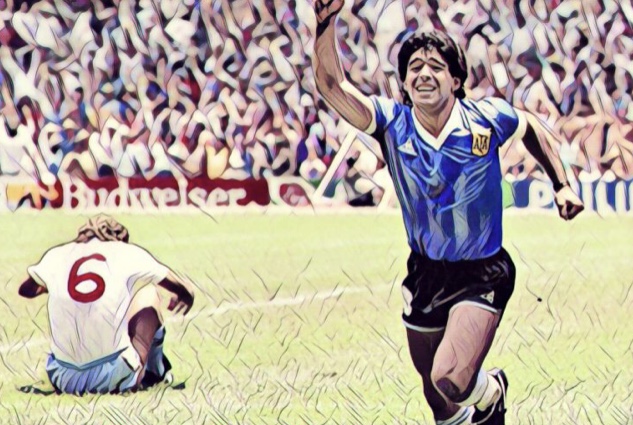 “A genius, a real artist, one of the greatest players in the world. He could win a match on his own. On his own.” — Sir Bobby Robson

“I’ve never seen such things. In training, during warmups, I’ve never seen anyone else do those things. Unfortunately what us team-mates saw the crowd couldn’t see. You realize that what you saw during the week was unrepeatable.” — Francesco Romano 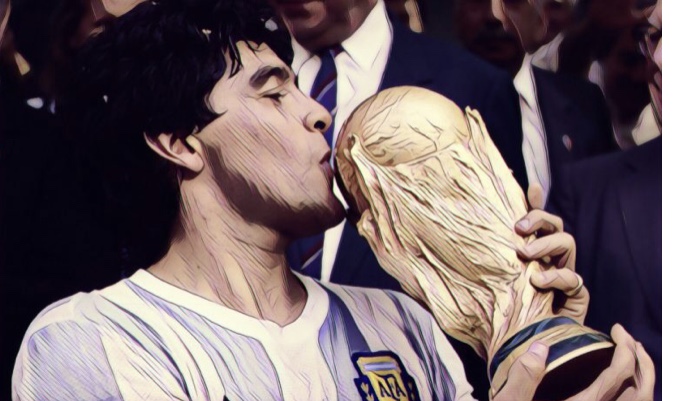 “The best player there has ever been, better than Pele. I watched him closely in Italy every week and he was at a different level to everyone else. Some of the things he did were unbelievable. He could control the ball without looking, which meant if the pass was on, he would take it.” — Ruud Gullit

“The best player I’ve seen in my life. He did things that didn’t seem humanly possible. When he was on top of his game, and even without training that much he was always in form, he was simply impossible to control. He decided matches alone, carrying average teams like Napoli, and Argentina in 1986, to glorious achievements. A genius.” — Marcel Desailly

“Diego, for all Argentinians, is God. And he always will be.” — Carlos Tevez 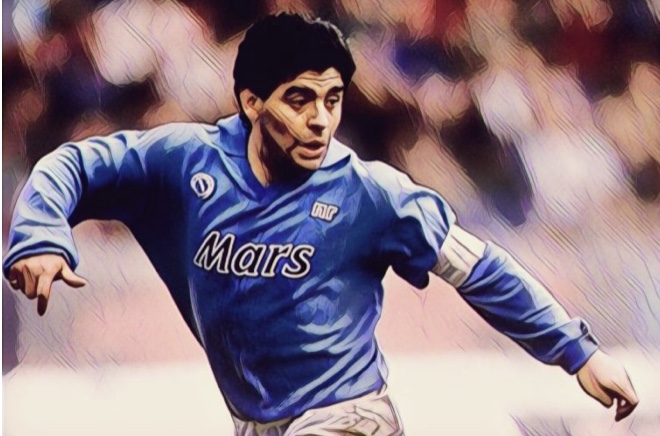 “He had that magic, that special something that makes you realize you’re dealing with something out of this world, the likes of which will never be seen again.” — Luciano de Crescenzo

“For Maradona to win a World Cup on his own, and let’s face it, that’s what he did as the rest of the team were ordinary, was an amazing achievement. He was the best player I’ve seen.” — Glenn Hoddle 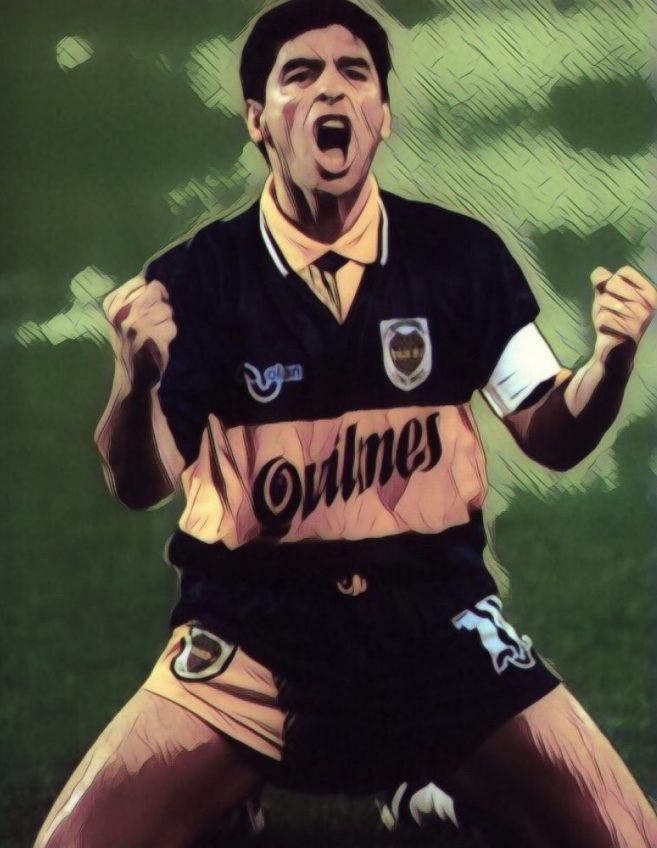 “The best of the lot, no question. In my generation, my era, he was simply the best. I saw Maradona do things that God himself would doubt were possible. He always had someone marking him, he always had someone hanging on to him, and yet he could still always conjure up wonderful pieces of magic. A genius.” — Zico

“That moment had a great symbolic value for us and Maradona was transformed into this great patriotic leader, comparable to the national heroes of our independence.” — Jorge Valdano, after the 1986 World Cup.

“When Diego scored that second goal against us, I felt like applauding. I’d never felt like that before, but it’s true… and not just because it was such an important game. It was impossible to score such a beautiful goal. He’s the greatest player of all time, by a long way. A genuine phenomenon.” — Gary Lineker

See Also: Henry, Maradona and the most infamous handballs of all time