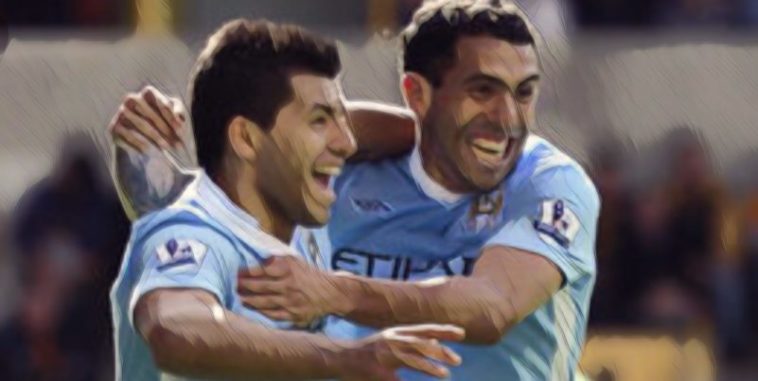 Since its inception in 1992, the Premier League has been host to numerous Argentinian stars, albeit with mixed success.

The battle of the back-up brigade in goal, with long-serving Palace goalkeeper Speroni edging out fellow bench warmers Sergio Romero and Willy Cabellero in probably the weakest spot in our team.

Speroni arrived at Selhurst Park following Palace’s promotion in 2004, but swiftly lost his place in the side as the club were relegated.

Eight seasons in the Championship followed, though Speroni remained faithful to the south London club and was part of the Palace side who won promotion ahead of the 2013/14 season.

He helped consolidate Palace back in the top tier, winning the club’s Player of the Season award as they recovered from a poor start and finished 11th in their first season back in the Premier League.

Speroni was again a regular the following season, before serving as back-up until his release in 2019.

Signed the day before Manchester City’s billionaire takeover, non-nonsense full-back Zabaleta became a cult-hero in almost a decade spent at the Etihad.

His tenacity brought him many admirers, whilst his passion for the club endeared him to supporters.

He won all of English football’s major honours as City established themselves amongst the elite, making 230 Premier League appearances for a club he captained on several occasions.

Regarded among the division’s finest full-backs at his peak, famously scoring in City’s dramatic 3-2 win over QPR in 2012 which sealed the club’s first title since 1968.

Zabaleta left for West Ham in 2017, continuing to be a dependable Premier League performer.

Part of the Manchester City side which completed an unprecedented domestic treble in 2018/19, Otamendi has proven a reliable defender during his time in the Premier League.

Physical and uncompromising, he has been a key component in two title-winning sides for City, providing a platform for the club’s attacking stars to flourish.

Named in the PFA Team of the Year as City reached a Premier League-record 100 points in 2018, the defender has won six major honours during his time at the Etihad.

A player who experienced the modern highs and lows of Newcastle United as much as any player, the defender arrived from Deportivo La Coruna in a £10.3m deal in 2008.

Unconvincing in his early days on Tyneside, Coloccini became a dependable defender during eight years in the North East, which included being named in the PFA Team of the Year in 2012.

His reliability was rewarded with the captaincy in 2011, whilst his loyalty to the club was unquestionable as he stuck by them after relegation in his debut season to help them bounce back with promotion the following year.

A second relegation followed in 2016, seeing the big-haired Argentine return to his homeland after over 200 Premier League appearances for the club.

Signed from Paris Saint-Germain in 2004, the Argentine full-back instantly became a fan favourite at Old Trafford, winning the club’s Player of the Year award in his debut season.

Despite spending a lot of time on the treatment table, Heinze was a reliable performer for United and featured prominently, often in an unfamiliar central role, as Sir Alex Ferguson’s side won the title in 2007.

The full-back tried to force through a move to arch-rivals Liverpool, even going as far as hiring the Anfield clubs solicitor to represent him at a tribunal, before eventually leaving for Real Madrid.

Oh, and he revealed that he got ‘knocked out cold’ for telling Roy Keane to “f*ck off”. Perhaps not his smartest move.

In one of the most bizarre transfers in Premier League history, despite being linked with Europe’s top clubs highly-rated Argentine Javier Mascherano and compatriot Carlos Tevez somehow wound up at West Ham.

Mascherano’s time in East London didn’t go to plan, failing to settle and making just five league appearances before Liverpool struck a deal to take him to Merseyside.

At Anfield, Mascherano began to realise his vast potential, forming part of midfield alongside Xabi Alonso and Steven Gerrard that would see Liverpool finish runners-up in both the Premier League and Champions League.

After three years at Liverpool, Mascherano was widely regarded as one of Europe’s finest midfield destroyers and left for Barcelona in 2010 where he would win the proverbial bucket-load of trophies.

Having developed a reputation as one of the world’s finest holding midfield players over spells at the likes of Real Madrid and Inter Milan, Esteban Cambiasso decided to experience English football at the age of 34 with Leicester.

He stayed for just one season, though his impact was undeniable on the Foxes as he helped them avoid relegation in one of the all-time great escapes of the Premier League-era.

Cambiasso scored five goals in that season, including a strike in a 5-3 win over Manchester United, picking up the club’s Player of the Year award at the end of the season.

Despite being offered a new contract, he left for Olympiakos after just one season in the Midlands.

Part of a series of impulse buys as Tottenham desperately attempted to plug the Gareth Bale-sized void in their squad in 2013, an inconspicuous start had many believing Lamela would rank alongside Roberto Soldado and Paulinho as expensive mistakes.

Compatriot Mauricio Pochettino’s appointment helped Lamela win over his doubters, with the winger showing an appetite for graft to match his silky skill-set.

Whilst not always a regular, the Argentine is a dependable performer who often showcases brilliance when fit. He remains a valued member of a Spurs team which continues to outperform more expensively assembled Premier League squads.

A player fans love to watch, Lanzini boasts an ability to ghost past players and has been a fundamental part of the West Ham side since his arrival in 2015.

Capable in a wide role or centrally, the diminutive playmaker possesses close control and dribbling ability which is typical of South American stars.

Named as the club’s Player’s Player of the Season after scoring eight Premier League goals in 2016/17, Lanzini is the creative fulcrum of the side and a popular player amongst the club’s supporters.

Perhaps one of the most controversial players in Premier League history, Tevez was the other half of the shock double-deal when he joined West Ham in 2007.

After a slow start, Tevez inspired the Hammers to survival and scored the final day winning goal at Old Trafford that kept the club in the Premier League, with relegated Sheffield United taking West Ham to court over the player’s eligibility.

A move to Manchester United followed, where he would form part of an attacking trident alongside Wayne Rooney and Cristiano Ronaldo, winning two league titles and a Champions League.

His next move shook English football, moving across the Manchester divide to rivals, City. He would win the Premier League’s Golden Boot in 2011, before helping City to their first Premier League title in 2012.

Though controversy followed him, his dynamic and tireless work-rate endeared him to supporters of the clubs at which he played.

He left for Juventus in 2013 having scored 83 Premier League goals.

A contender for an all-time Premier League team regardless of nationality, Sergio Aguero is one of the finest finishers the league has ever seen.

Since joining City from Atletico Madrid in 2011, Aguero has since become the club’s all-time record goal scorer, including the dramatic 94th minute goal which sealed the club’s first Premier League title in 2012.

Aguero is the sixth highest goal scorer in Premier League history, a position he may well climb in the coming seasons. He is also the highest non-European goal scorer, having netted 164 times in eight seasons at the Etihad.

Only Alan Shearer can match his haul of Premier League hat-tricks, whilst he is out on his own with the best minutes-per-goal ration in the division’s history.

The Argentine has been, and remains, some player.