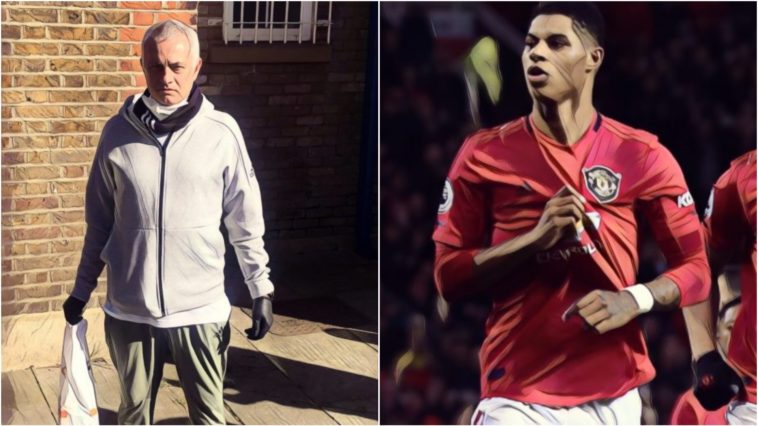 The coronavirus pandemic has shut down football all over Europe, but there are of course greater concerns out there at the moment.

Almost 800,000 people worldwide have been struck by COVID-19, with thousands dying as a result. The UK and other countries have gone into lockdown in a bid to slow its spread.

With so many affected by this health crisis, football has put its considerable privilege to use to make a difference in the battle against the virus. Football clubs, associations and figures have made a number of generous donations and gestures this past month to help in any way they can.

Manchester City boss Pep Guardiola, who is currently in Barcelona with his family, has donated €1m (£920,000) to help provide medical equipment in the fight against coronavirus in Spain, one of the worst affected countries in Europe. The money will go to a campaign being promoted by the Medical College of Barcelona and the Angel Soler Daniel Foundation.

Tottenham Hotspur manager Jose Mourinho got involved by helping out with Age UK and personally delivering essential goods to the elderly.

My place of birth, Enfield had an extra helper for @age_uk today. Delivering essential goods to the elderly. Nice one, Jose. #THFC pic.twitter.com/fYSxTIOOoK

Carlo Ancelotti, manager of Everton, called up a 52-year-old Toffees fan with motor neurone disease and discussed his favourite matches. Many clubs have started similar initiatives with their players calling and keeping in touch with elderly supporters who may be isolated by themselves during this period.

? | "Just call me Carlo."
@MrAncelotti joins in the #BlueFamily campaign by phoning a 52-year-old fan with motor neurone disease.

Messi and Ronaldo donate a million

Fake stories about the two biggest names in football making massive donations had circulated earlier in March, but the Barcelona and Juventus attackers have officially made generous contributions to the cause.

Lionel Messi reportedly gave €1m to the Clinic Barcelona and a medical facility in Argentina, which will go towards both treating infected patients and researching COVID-19. “Thank you very much Leo, for your commitment and your support,” the hospital said.

Cristiano Ronaldo and his agent Jorge Mendes have donated €1m between them, which will fund two intensive care units for Lisbon’s Hospital de Santa Maria. The two units can cater for up to 20 patients at one time.

Arsenal have made a big contribution to the cause not just in monetary terms, but in offering their resources for use by the NHS, schoolchildren, and vulnerable youngsters.

Remember who you are, what you are and who you represent. pic.twitter.com/ZmvTtHxPCt

Burnley and Liverpool give to foodbanks

A sizeable proportion of donations to UK foodbanks come on match days, so with no football until 30 April at the earliest, that means no collections.

The Burnley squad made a collective donation to a foodbank located in the Burnley Community Kitchen, which was matched by the club, while Liverpool’s players, foundation and club similarly gave cash donations to North Liverpool Foodbank.

Reds full-back Andy Robertson also made sizeable donations to a number of foodbanks in Scotland. Hopefully, these gestures will help feed families who are struggling during this time.

Many children in England have just one hot meal a day – the one they get at school. With school closed for the foreseeable future, Manchester United forward Marcus Rashford wanted to help to make sure none of these children missed out on a meal, so he partnered up with FareShare, a charity which fights hunger by redistributing surplus food to frontline charities across the UK.

Guys, across the UK there are over 32,000 schools. Tomorrow all of these will close. Many of the children attending these schools rely on free meals, so I’ve spent the last few days talking to organisations to understand how this deficit is going to be filled. (1) pic.twitter.com/3Iusr6E9kM

The Tottenham Hotspur centre-back has pledged to donate tablets to hospitals and nursing homes so that sick people can keep in touch with their loved ones during the current health crisis.

Whoever can help, please help! Together, we can come out of this difficult time stronger than ever. Stay safe everyone ❤️ pic.twitter.com/MOCNNVLMWR

Juventus midfielder and former Arsenal favourite Aaron Ramsey made a donation worth £12,500 to the Cardiff & Vale Health Charity, and did so without looking for publicity.

Man United midfielder Paul Pogba set up a fundraising page on his 27th birthday to support UNICEF’s effort to help children affected by the coronavirus. He has pledged to double the fund once it reaches its goal of £27,000. The Frenchman has also used his Instagram account to spread UNICEF information about how to avoid spreading the virus.

The French mega club have donated €100,000 (£91,000) to France’s Secours Populaire charity to help fight the coronavirus crisis. The money will go towards children, elderly people and the homeless who have been affected.

Paris Saint-Germain have also released a special football jersey in the hope of raising €200,000 for hospitals in the capital, with all proceeds going to healthcare professionals.

Meanwhile, PSG striker Nadia Nadim, who is studying medicine, said she is willing to go on the frontline to fight the pandemic if she is needed. “I’ll put on my white coat and go and help some people,” she said on the club’s Twitter account.

Stadiums put to use

With no sport being played, a lot of great big stadiums are lying idle while the pandemic rages on. A number of clubs and football associations have made their facilities available to healthcare professionals and authorities in the fight against COVID-19.

Over half of Brazil’s football stadiums have been converted into hospitals, Real Madrid’s Estadio Santiago Bernabeu is being used as a storage and distribution centre for medical materials, Watford have offered Vicarage Road to the NHS for training, meetings and as a warehouse, while Spurs’ stadium is being used as a food storage space.

In Ireland, Shamrock Rovers’ Tallaght Stadium is being used for testing, as is the IFA’s Windsor Park in Belfast.

The Korea Republic Football Association have made their training centre in Paju, just north of Seoul, available to the country’s health services. Last week, the entire KFA staff donated blood to help build up supplies, which have been running low.

Read: The best football documentaries available for free on YouTube