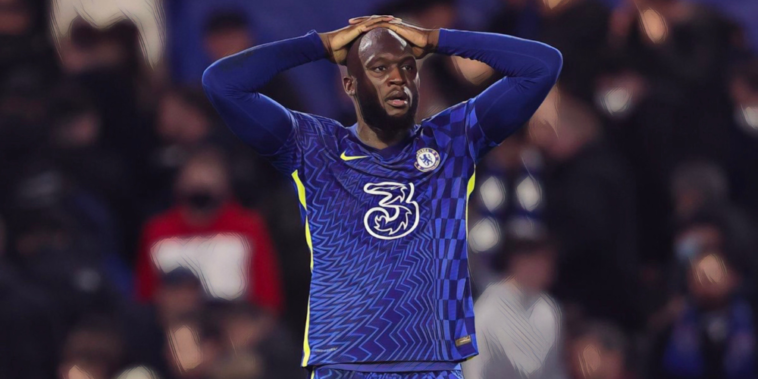 Cristiano Ronaldo’s second spell at Manchester United has turned into somewhat of a circus, with the forward doing all he can to engineer an exit from Old Trafford.

Having been welcomed back to the club with open arms last summer, the Red Devils’ failure to secure a top four finish has persuaded Ronaldo to seek a move.

For all the talk of the club holding a ‘special place’ in his heart upon re-signing, it appears that sentiment only holds true should United compete in the Champions League.

The messy situation appears no closer to a resolution at present and Ronaldo’s return is not the only reunion which has not gone to plan.

Here are five famous players whose second spells at former clubs failed to work out.

Andriy Shevchenko was arguably the finest forward in Europe during his peak seasons at AC Milan, with only Gunnar Nordahl having ever scored more than his 175 goals for the Rossoneri.

Shevchenko twice finished as Serie A’s leading scorer during his time with Milan and helped the side to a series of major honours, winning both the Scudetto and Champions League at the San Siro.

Winner of the Ballon d’Or in 2004, his goalscoring excellence persuaded Chelsea to break the British transfer-record to sign him two years later.

The Ukrainian’s £31m move to the Premier League failed to work out however, as he struggled to replicate his past performances and scored just nine league goals across two seasons in west London.

In search of a renaissance he returned to Milan on loan for the 2008/09 campaign, but looked a shadow of the forward who had scored so prolifically during his first period at the club.

After failing to score a single league goal, Milan opted against making Shevchenko’s return permanent. He returned to Chelsea before signing for Dynamo Kyiv, enjoying more success after a return to another of his former sides.

Joe Cole was the precociously talented street-footballer who emerged from West Ham’s ranks at the turn of the millennium, with the midfielder having starred during the club’s 1999 FA Youth Cup triumph.

Cole’s charisma on the pitch and exuberant confidence earned comparisons to Paul Gascoigne, but West Ham’s relegation in 2002/03 saw their prized possession move on to Chelsea.

Cole won three Premier League titles during a successful seven seasons across the capital, though a serious knee injury began the start of a slow decline.

After spells with Liverpool and Lille he returned to West Ham looking for a career kick-start in 2012, where he made 37 appearances across two seasons.

However, much of the magic that had made Cole the club’s most exciting academy graduate in recent memory had sadly gone.

Kaka, for a short time before Messi and Ronaldo warped perceptions, was the finest footballer on the planet.

The best of Kaka was mesmerising to watch, with the midfielder’s fleet footwork and electric acceleration the driving force behind AC Milan’s Champions League success in 2007.

Two seasons later he departed in a world-record deal for Real Madrid, where he was soon joined by Cristiano Ronaldo (eclipsing his world record set in the same window), Xabi Alonso and Karim Benzema in an extraordinary summer of spending.

Kaka largely failed to hit the heights expected across four seasons in the Spanish capital, before returning to AC Milan in 2013.

Despite signing a two-year deal and being named vice-captain upon his return, he spent just one season with Milan during his second spell. After a further 37 appearances for the Rossoneri, he cancelled his contract with the club by mutual consent and moved to MLS side Orlando City.

2012 – Allowed to leave on a free transfer for Juventus.

2022 – Allowed to leave on a free transfer for Juventus.

Even in an era of bad business among Europe’s leading clubs, Manchester United’s transfers involving Paul Pogba takes some beating.

The midfielder walked away from the club as a teenager after growing frustrated with a lack of opportunities, before four seasons of exciting development at Juventus persuaded the Red Devils to bring the Frenchman back to Old Trafford.

Pogba’s six seasons with the club brought limited success, with a League Cup and Europa League double in his debut season the sole silverware of his return.

I feel privileged to have played for this club. Many beautiful moments and memories but most importantly an unconditional support from the fans. Thank you @ManUtd pic.twitter.com/YLT3lUHOmT

Despite flashes of his talent, the past five seasons have been barren in terms of trophies and the midfielder has created rather more headlines off the pitch than on it. It is perhaps indicative that few were sad to see him leave this summer.

Romelu Lukaku’s return to Chelsea was viewed as a transformative transfer just a year ago, with the signing of the forward viewed as a deal that could turn the west Londoners into champions.

Fresh from winning the Champions League under Thomas Tuchel, the Blues bolstered their options with the signing of Lukaku, who had scored 30 goals the previous season for a title-winning Inter Milan side.

On paper it appeared the perfect match, but in reality proved anything but.

Lukaku – who made 15 goalless appearances for Chelsea during his first spell as a teenager – failed to live up to expectations and managed just seven league goals for the campaign.

An interview with Italian media in which he confessed his love for all things Inter alienated the record arrival, whose £97.5m return to Chelsea must be viewed as one of the worst deals in Premier League history.

After a single season in which he struggled for form and favour, Lukaku returned to Inter on loan this summer.