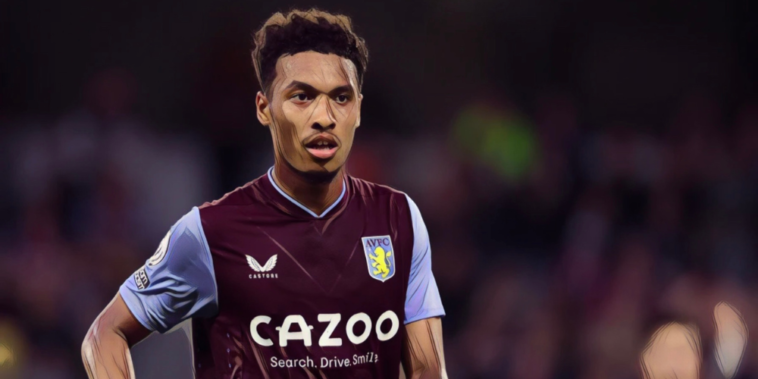 Free agents are a major part of any transfer window, with the summer bringing a whole host of out-of-contract names available for nothing.

Premier League clubs have been quick to snap up some of the window’s most notable free agents with several clubs having made moves to secure cost-efficient additions.

We’ve decided to look at five of the best free transfer signings made by Premier League clubs so far this summer.

Christian Eriksen’s remarkable return to football has led to a major move this summer, with the midfielder signing for Manchester United on a free transfer.

Eriksen excelled after signing a short-term deal with Brentford in January, proving the catalyst behind the Bees’ brilliant end-of-season form. The midfielder’s debut came as a substitute in a 2-0 defeat to Newcastle, a result which marked a seventh loss in eight games for the relegation-threatened side.

After making his first start in the following fixture, Brentford won seven of their final 11 games to finish the campaign 13th, with Eriksen’s creativity and influence a major part in their success.

We can't wait to see you in red at Old Trafford, @ChrisEriksen8 🙌🔴#MUFC pic.twitter.com/T0gcgi06KI

The 30-year-old will now be tasked with adding invention to a Manchester United midfield that has lacked imagination for some time. The dead-ball delivery of Eriksen – who has provided 66 assists in the Premier League – will also offer a threat at set-pieces for a side who scored just seven goals from such situations last season – a record that bettered only relegated Norwich (3) and Watford (6).

Eriksen’s familiarity with the Ajax schooling that Erik ten Hag is set to follow should only aid his adaptation and the latter believes the summer signing will prove a superb addition.

“I think he is a magnificent football player and I think the fans will enjoy watching him, because he’s creative, he has ideas,” Ten Hag told the club’s official website.

“I think especially our strikers will also be happy because he’s the one who can involve them in the game.”

Aston Villa’s capture of Boubacar Kamara has been one of the best under-the-radar signings of the summer so far, completed early in the window with minimal fuss.

Kamara has been regularly linked with a move to the Premier League in recent windows, having made 151 appearances for Marseille since making his debut for the club as a 17-year-old.

Steven Gerrard had made the signing of a defensive midfielder his focus for the summer and looks to have secured a bargain in Kamara, who came through the ranks at Marseille as a central defender before being moved into a midfield role.

Selfless, composed and a prolific ball-winner at the base of the midfield, Gerrard revealed that Kamara – who earned his first three caps for France during June’s international break – turned down interest from Champions League clubs to join a Villa side with ambitions of pushing for Europe this season.

“To attract players who had options to play in the Champions League is a big coup for the club,” Gerrard said, as per the Daily Mail.

Jesse Lingard took time before making a decision on his future, with the midfielder having considered multiple offers after leaving Manchester United.

Despite an offer from former club West Ham and a proposal from Everton, the 29-year-old has instead signed a deal with newly-promoted Nottingham Forest.

The decision of the England international has not gone down well among the West Ham fans, but his arrival at Forest represents a significant coup for Steve Cooper’s side as the club prepare to return to the Premier League after a 23-year absence.

Forest are understood to have broken their wage structure to sign the free agent, in the hope that Lingard can provide an injection of quality into the club’s midfield.

The Guardian have reported that Lingard’s lucrative deal could be worth close to £200,000-a-week with the inclusion of incentives, while the two parties have agreed on just a one-year contract as Forest look to secure Premier League survival.

Should Lingard regain the form he showed during a loan spell at West Ham in 2020/21 – in which the midfielder scored nine goals and provided four assists in 16 league appearances – he will be a major asset to a Forest side who have shown intent in the summer window.

With a World Cup also on the horizon, Lingard will hope his fresh start can lead to an England recall ahead of Qatar.

Everton’s close shave with relegation has increased unrest on the blue half of Merseyside, with the Toffees enduring a narrow escape in the final stages of last season.

Frank Lampard faces a major task to rebuild a squad littered with poor purchases in recent windows, while the pursestrings have been significantly tightened following a period of wasteful recruitment.

Everton’s business has been minimal so far with James Tarkowski the sole addition to their ranks, though the arrival of the centre-back represents a coup given rival interest for the centre-back from other Premier League clubs.

Last season’s 66 goals against was the highest total the Toffees have conceded in the Premier League era, a weakness Lampard will hope Tarkowki’s uncompromising manner of defending can help address.

Frank Lampard feels James Tarkowski is a natural leader that will be a big player for Everton and says the club are working hard to bring in more signings 💰pic.twitter.com/sM2ZqjZTlj

The 29-year-old led the Premier League for clearances in 2021/22, while no centre-back managed more than Tarkowski’s 171 aerial duels won. Already impressing with his leadership in pre-season, he looks like the sort of astute business that Everton have lacked in recent windows.

Antonio Conte’s wishes have been answered with backing from the board this summer, with Tottenham among the busiest Premier League clubs of the transfer window.

Six new signings have arrived already, the first having been the capture of Ivan Perisic on a free transfer from Inter Milan.

Perennially linked with a move to the Premier League, the Croatia international is a serial winner and reunites with Conte after working under the Italian at Inter.

Perisic will turn 34 next season but has shown few signs of slowing down with the wide-man as all-action as ever, enjoying a fine 2021/22 campaign that included eight goals and seven assists in 35 league appearances.

Versatile and well-versed in the relentless running that Conte demands as a bare minimum, he could prove a shrewd signing for Spurs as the north Londoners prepare to return to the Champions League this season.

Spurs strong end-of-season form has raised optimism ahead of the new campaign and, after a series of upgrades in key areas, the club will hope to move a step closer to the likes of Manchester City and Liverpool.