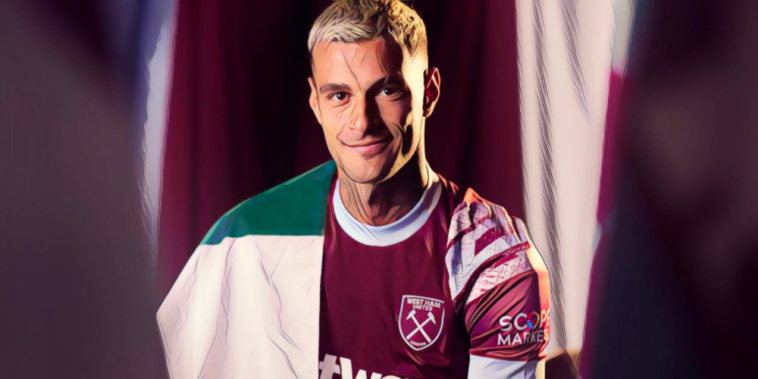 Premier League football returns next weekend and the opening fixtures provide fans with a first glimpse of some exciting new arrivals.

Whilst the division’s ‘big six’ tend to dominate most of the headlines and summer spending, there has been plenty of intriguing business across the rest of England’s top tier during the summer break.

The riches of the Premier League mean clubs across the division can tempt top talent and we’ve decided to look at five of the most exciting players snapped up by non ‘big six’ clubs this summer.

While not quite a new face given a six-month loan spell at Aston Villa last season, the club’s capture of Philippe Coutinho represents a sizeable coup.

Steven Gerrard’s relationship with his former teammate facilitated Coutinho’s arrival in January, with the love from the Villa Park crowd and regular first-team football persuading the Brazilian to put pen to paper on permanent terms.

Coutinho sparkled during his opening appearances for Villa before his form faded, but he will be a major part of the club’s challenge for continental football if Gerrard can coax his best on a consistent basis.

The 30-year-old became the third-most expensive footballer of all time when joining Barcelona in a £142m deal just four-and-a-half years ago, with Villa having acquired his services for a fraction of that fee (£17m).

Coutinho’s close control and ability to thread passes through lines will be a major weapon for Villa, whose side could be built around the Brazilian whose match-winning best can elevate the side to higher levels.

West Ham’s search for support for Michail Antonio was ended this week, as the Hammers completed a deal to sign Gianluca Scamacca for an initial fee of £30.5m.

The Italy international, who has signed a five-year deal with the option of an extra year, scored 16 goals in Serie A last season to trail only Ciro Immobile among domestic goalscorers in the division.

Scamacca has been likened to Zlatan Ibrahimovic, with the 23-year-old possessing fleet footwork alongside an imposing 6ft 5in frame.

The Hammers have themselves an out-and-out striker. ⚒️ pic.twitter.com/JXUVR3E5MV

He broke into the Italian national side in 2021 and has since earned seven caps for the Azzurri, following a breakthrough season in which he excelled alongside Giacomo Raspadori and Domenico Berardi for Sassuolo.

Scamacca looks well-suited to the Hammers given his high work-rate, powerful shooting and aerial dominance, where ranks in the 95th percentile among forwards in Europe’s top five leagues with an average 55.7% success rate in aerial duels.

After the big-money arrival of Nikola Vlasic failed to work out as hoped last season, Scamacca will be tasked with taking an ambitious Hammers team further up the division.

Brighton continue to look for and unearth hidden gems, with the Seagulls having spent £9.5m to sign Julio Enciso this summer after a failed pursuit in January.

The 18-year-old forward has been described as a ‘little powerhouse’ by manager Graham Potter and is expected to challenge for first-team football despite his lack of experience.

Enciso – who has already earned six senior caps for Paraguay – arrives after an impressive season so far for Club Libertad, where he scored scored 11 goals and and provided three assists in 14 league appearances.

⭐🔵⚪ @OfficialBHAFC have themselves a gem!

⭐🏆 At just 1⃣6⃣, he scored on his #Libertadores debut in 2⃣0⃣2⃣0⃣ after this set of scintillating stepovers! pic.twitter.com/GUdvE0Myvn

The diminutive forward has already made an impression on his Brighton teammates in pre-season, with Solly March having praised the impact of Enciso and Kaoru Mitoma – with the latter having returned following a loan spell in Belgium.

“They are both really quick and look sharp on the ball,” March said, as per Sussex Live.

“They can get in dangerous positions and affect the goal. I think they are going to make an impact. There are five subs next season so everyone may get more game time and more opportunities so hopefully they can take it.”

Fulham will be bidding to end a yo-yo existence this season and the Cottagers will hope to have learned lessons from past summer windows.

In 2018/19 the west Londoners splashed around £100m on 12 new signings that failed to stop relegation, before a squad bolstered with a number of loanees suffered the same fate in 2020/21.

Back once again for another crack at the Premier League, the club’s business appears solid so far with perhaps the most eye-catching arrival that of Manor Solomon.

I’m very happy and excited to have signed for @FulhamFC. It’s a great privilege to be joining the best league in the world and I can’t wait to get started.💪🏻⚽️
See you soon at the cottage! ⚪️⚫️@premierleague pic.twitter.com/VKfJonofuX

The winger – who has experience at Champions League level and has scored six goals in 34 appearances for Israel – has joined on a deal until June 2023, after Solomon exercised an option to suspend his contract with Shakhtar due to the Russian invasion of Ukraine.

The 23-year-old operates predominantly from the left and will form part of an exciting frontline under Marco Silva. Solomon, Harry Wilson and Aleksandr Mitrovic have the creativity and talent to keep Fulham in the division, with the latter having scored a record-breaking 43 Championship goals last season.

Leeds have undergone squad surgery this summer as Jesse Marsch looks to replace big names and put his own stamp on the Elland Road outfit.

The American has brought in several players of youthful potential, including familiar names well-versed in the manager’s methods.

Brenden Aaronson became the first signing of the summer, joining from Marsch’s former side Red Bull Salzburg for a fee of £24.7m.

🔥 Brenden Aaronson opened the scoring for @USMNT last night, as they defeated Morocco 3-0 in Cincinnati pic.twitter.com/s1FuqnplTk

The 21-year-old formed part of the side that won an Austrian league and cup double under Marsch’s management in 2020/21, before impressing during another double-winning season last term.

Aaronson made 41 appearances in all competitions for Salzburg in 2021/22, scoring six goals and providing 10 assists. He has also scored six times in 24 appearances for the USA at international level and will be tasked with replacing some of the creativity lost following Raphinha’s exit to Barcelona.