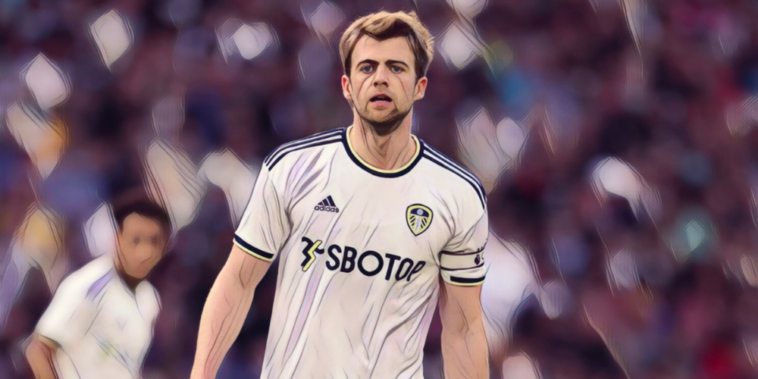 It might be a tired cliche in football, but returning players are often hailed as ‘like a new signing’ for Premier League clubs.

Whether absent through injury, loan spells, or a period out of favour, players introduced back into the fold after a lengthy period can represent new additions to squads looking to improve.

This season will be no different with several figures set to return to prominence and we’ve decided to look at five Premier League players who will be ‘like a new signing’ for their sides this season.

Leeds’ battle for survival went down to the final day of the Premier League season, with a win at Brentford securing the club’s top-flight status for another campaign.

The club’s struggles marked a remarkable fall from grace from a ninth-placed finish the previous season and a major contribution to Leeds’ poor performances was the absence of Patrick Bamford.

The 28-year-old scored 17 league goals during a brilliant campaign in 2020/21, but was restricted to just 580 minutes of Premier League action last season as persistent injury problems impacted his campaign.

Leeds lacked a reliable goalscorer in the absence of Bamford – who made his England debut in September 2021 – and will hope the forward’s fitness issues are behind him ahead of the new campaign.

Major changes have taken place at Leeds this summer with six new signings and key figures in Kalvin Phillips and Raphinha leaving the club. The onus will be on Bamford, at the heart of their impressive Premier League return, to ensure Jesse March’s side stay clear of trouble.

Wesley Fofana’s season began in disastrous fashion last time around, with the Leicester defender ruled out for several months following a serious injury in pre-season.

Fofana sustained a broken leg and ligament damage after a poor challenge in a pre-season fixture with Villarreal last summer, an injury that ruled the Frenchman out until February.

The 21-year-old returned and made seven appearances across the run-in for the Foxes, minutes which helped his road to recovery after a promising career was temporarily halted.

Madders stands it up and Little Wes adds his name to the scoresheet 🤝‍ ⚽ pic.twitter.com/zN1k54X52m

Fofana had been named as Leicester’s Young Player of the Season after a terrific debut season in 2020/21, with the centre-back’s impressive performances attracting interest from Premier League rivals.

In his absence, Brendan Rodgers’ side struggled to match the achievement of consecutive fifth-placed finishes and ended the campaign eighth, missing out on European qualification.

Leicester struggled defensively in his absence and conceded a joint-high of 19 goals from set-pieces, a statistic Rodgers will hoping Fofana can help improve with a full summer of pre-season training behind him.

Dominic Calvert-Lewin began with a bang last season, scoring three goals in three games for Everton before a fractured toe started a season of fitness problems.

Calvert-Lewin failed to make another league appearance before the turn of the new year and ended the campaign with just 15 league starts, of which a large amount came with the forward looking short of full fitness.

Everton’s fight against relegation saw the England international thrust back into the side too soon on occasion, with his body repeatedly failing him.

“On a personal note I have had to dig deep within myself at times this season and have endured some of the most difficult times of my career and my life to date,” Calvert-Lewin posted on Instagram when discussing his issues in May. “The love and support helped carry me through.”

He returned to score the crucial winner against Crystal Palace that ensured survival and will hope a full pre-season can address his persistent problems, as he looks to return to the form that saw him score 21 goals in all competitions in 2020/21.

Richarlison’s exit has increased the pressure on Calvert-Lewin for goals and with a World Cup fast approaching this winter, he will hope to regain his place as Harry Kane’s lead deputy ahead of Qatar.

Chelsea’s academy system continues to churn out top talent and Conor Gallagher will be hoping to become the latest Cobham alumni to break into the senior side this season.

Gallagher has spent the past three seasons out on loan, with an impressive season-long loan spell at Crystal Palace proving a breakthrough campaign for the midfielder at Premier League level.

The 22-year-old scored eight goals and provided three assists in 34 league appearances for the Eagles, form which earned Gallagher the club’s Player of the Year accolade and senior England honours.

Gallagher’s endless energy and intelligent forward running could add a new dimension to the Chelsea midfield this season with Thomas Tuchel keen to integrate the returning loanee into his plans.

Interest remains in Gallagher from rival Premier League clubs, but the midfielder has outlined his determination to make an impact at Stamford Bridge.

”I feel like I’m ready for a step up,” he told the Guardian. “If there is a chance to be a part of the squad at Chelsea and part of the team then I can’t turn it down. I feel like I’ve got to have belief in myself that I can help improve this team and I can show the fans and the boss what I can do.”

Harvey Elliott appeared prime for a breakthrough season at Liverpool in 2021/22, having appeared to cement his place in the Reds’ best XI over the opening weeks of the campaign.

The 18-year-old impressed following his loan return from Blackburn, but a serious ankle injury sustained at Leeds saw the midfielder face a long season of rehabilitation and recovery.

He returned to feature sporadically across the run-in, but will now hope to regain a regular role after making a full recovery.

“I’ve just got to prove myself to the manager and put myself in the best possible position to get minutes,” Elliott told The Athletic. “I’m enjoying my football again and it’s my dream to be able to put on the shirt for this club.

A brilliant strike to put us ahead in Singapore 👏 #LFCPreSeason pic.twitter.com/1Y8HaKYd3w

“I did a bit more in terms of fitness work this summer to ensure I was in the best possible position coming back. I lost a fair bit of weight in the off-season. I had a target last season, which I reached, and I’ve done it again.”

The midfielder shone during Liverpool’s pre-season tour in Thailand and Singapore, demonstrating a sharpness and creativity that will add to the Reds’ options this season.

“For me, Harvey is a new signing as well,” Jurgen Klopp said to The Athletic. “He is very young. He came back brilliant (from the injury), then had a little low — that is completely normal after being that long out. So I’m really excited about seeing him.”