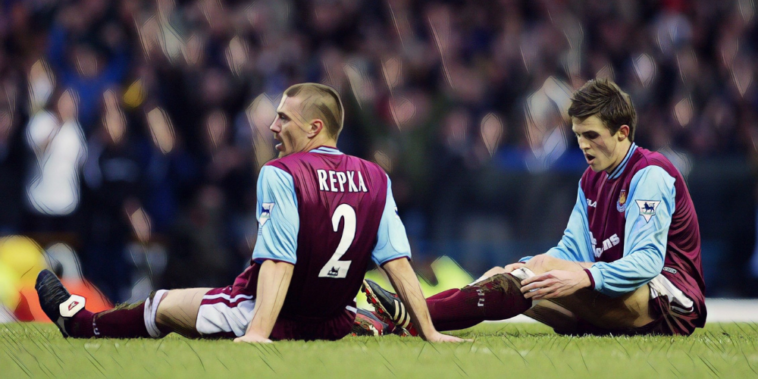 Too good to go down? It’s a phrase that has often been used in the Premier League as underperforming sides find themselves dragged towards the division’s dogfight.

Everton are hovering outside the Premier League’s relegation places on goal difference with Frank Lampard facing a huge task to turn around the club’s fortunes, the Toffees having lost eight of their last nine games to plummet towards the bottom three.

The Merseyside club have failed to finish in the Premier League’s top half just once in the past five seasons and, having spent more than £500m on transfer fees during Farhad Moshiri’s ownership, their relegation would be among the most surprising in the division’s history.

Could Everton be the latest side to underperform all the way to relegation? We’ve decided to look back at five of the best teams to have suffered the dreaded drop.

Middlesbrough spent big in their search for success during the mid-nineties, an often unfashionable club transformed after a series of glamorous foreign additions.

Juninho became a huge fans’ favourite across three spells at the club with the midfielder’s guile and genius still revered at the Riverside, whilst the arrival of Ravanelli – a forward who had won the Champions League with Juventus the previous season – was a statement signing as Middlesbrough made the Italian the Premier League’s highest-paid star.

Started & finished by Juninho!#GoalOfTheDay is the Brazilian at his enchanting best 🙌🇧🇷 pic.twitter.com/vKtK3Xl5m2

Ravanelli scored a stunning hat-trick on debut after his £7m arrival from Turin and netted 31 goals in all competitions, but it was not enough to secure survival as Bryan Robson’s team dropped into the second tier.

Juninho was also named as the Premier League’s Player of the Season despite the club’s relegation, having scored 12 goals and provided eight assists in 35 league appearances.

Middlesbrough’s fun but flawed side reached both domestic cup finals, though a three-point deduction for failing to fulfil a fixture at short notice proved costly. Without it, the club would have remained in the Premier League.

Blackburn Rovers were big spenders during the first seasons of the Premier League, as Jack Walker’s millions propelled the Lancashire side towards the top of English football.

The height of Walker’s ownership saw Rovers win the Premier League in 1994/95, the goals of Alan Shearer and Chris Sutton ending their 81-year run without an English league title.

However, just four seasons later and Blackburn found themselves mired in the bottom three, a situation the club failed to escape from as just five wins for the season ended in a shock relegation.

Blackburn had finished sixth the previous season to secure UEFA Cup football and still retained a core of their title-winning squad, the likes of Tim Flowers, Jason Wilcox and Sutton among those to have gone from champions to relegated in quick-fire fashion.

West Ham’s 2002/03 side hold the unwanted record of recording the most points for a relegated side, dropping into the second tier despite passing the mythical 40-point mark.

The Hammers won just three out of their first 24 matches of the Premier League season, and the club found themselves bottom of the table at Christmas with just 16 points.

February brought an upturn in results and a strong finish to the season saw West Ham lose just one of their final 11 games, but a 2-2 draw with Birmingham City on the final day saw the East London side relegated with a record 42 points.

Having finished seventh the previous season it was a huge disappointment, as West Ham dropped into the second division for the first time in over a decade.

Their relegation saw an exciting core of young talent prised away from Upton Park, with Glen Johnson, Joe Cole and Jermain Defoe – alongside senior stars in Paulo Di Canio, Freddie Kanoute and David James – among those to exit soon after the club’s drop out of the Premier League.

Leeds’ financial mismanagement saw the rapid decline of one of the Premier League’s most exciting sides, a team boasting a talented young core who had challenged the best in England and Europe.

Leeds reached the UEFA Cup semi-finals in 2000, before reaching the Champions League’s equivalent the following season and raising optimism the club could challenge for a Premier League title.

However, the overspending ownership’s mistakes soon led to a demise and three seasons after competing alongside the likes of Real Madrid, Barcelona and AC Milan in Europe, the club were relegated from the Premier League.

ON THIS DAY: In 2004, Leeds were relegated from the Premier League after a 4-1 defeat vs. Bolton Wanderers. pic.twitter.com/C8F0kNSqA8

A fire-sale of talent had seen several big names leave with Rio Ferdinand and Harry Kewell among the most notable, but the side who dropped down a division retained a strong group from those dizzy nights on the continent.

Mark Viduka, Alan Smith, David Batty, Ian Harte and Paul Robinson were all part of a group relegated after picking up just 33 points, conceding a league-high of 79 goals in the process.

The late 2000s was a turbulent period for Newcastle United, one which reached its nadir during a troubled 2008/09 season that saw the Magpies lose their top-flight status for the first time 16 years.

Newcastle had four different managers during a shambolic season that saw Kevin Keegan and Chris Hughton take turns in the hot-seat, before the colourful chapter that was Joe Kinnear’s reign at St James’ Park and Alan Shearer’s unsuccessful late attempt to save his boyhood side.

Keegan’s walk out over accusations the hierarchy had forced transfers upon him set the tone for a miserable campaign, in which the succession of managers failed to get the best from a squad containing names including Michael Owen, Damien Duff, Obafembi Martins and Nicky Butt.

After a soap opera of a season season, Newcastle were relegated on the final day of the season after defeat to Aston Villa, an own goal – courtesy of Duff – perhaps a fitting finale to a calamitous campaign in which Shearer failed to prove the saviour.