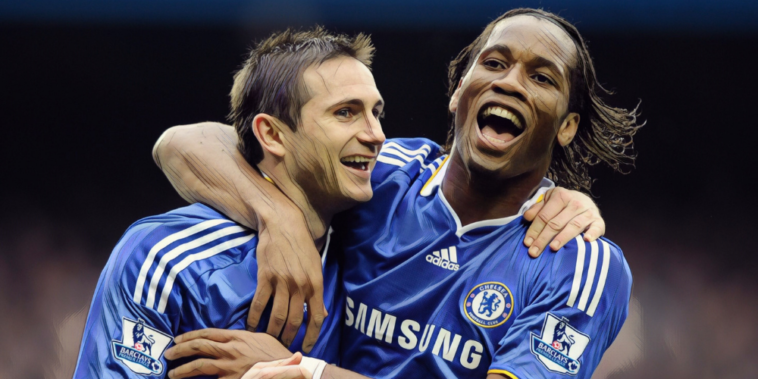 Chelsea’s rapid rise as a footballing force remains one of the most defining images in Premier League history. The west Londoners, fuelled by the funds of Roman Abramovich, became an instant power in England’s top division following the arrival of the Russian billionaire.

Rather than a sliding doors moment, Abramovich’s takeover was a sudden shattering of the Premier League’s glass ceiling and an instant threat to the dominance of Manchester United and Arsenal. That duo exchanged the Premier League title between them in nine consecutive campaigns across the turn of the millennium, but the Russian’s resources posed a new problem.

Abramovich’s patience lasted little as Claudio Ranieri was removed as manager after just one season, despite leading Chelsea to a runners-up finish and the Champions League semi-finals.

In came the charismatic and cock-sure coach of the moment, as Jose Mourinho put pen to paper at Stamford Bridge just months after guiding an unfancied Porto to the Champions League.

And so began to construction of a Chelsea side regarded as one of the Premier League’s finest, a blank chequebook and smattering of stellar names already in his ranks seeing Mourinho make his mark.

Among those he inherited was Frank Lampard, who had crossed the capital from West Ham in an £11m deal in 2001.

Lampard has risen through the ranks at West Ham, but had failed to win the affections of the Hammers’ fanbase amid accusations of favouritism from his family roots at Upton Park.

One of the most memorable moments of Lampard’s emergence was then West Ham manager, and uncle, Harry Redknapp defending the teenage talent as disgruntled supporters questioned whether the midfielder merited his place in the side.

Redknapp’s bold claim that his nephew would go ‘right to the very top’ proved unerringly accurate, though it would be in the colours of their London rivals from just off the King’s Road.

Lampard had enjoyed a solid if unspectacular start to his Chelsea career, but the arrival of Mourinho as manager saw him reach new levels as the Portuguese tactician coaxed the best from his marauding talents.

In order to facilitate Lampard’s bursts into the box from midfield, Mourinho’s side needed a centre-forward capable of creating space and occupying backlines singlehandedly.

With Adrian Mutu and Hernan Crespo having failed to live up to expectations and Jimmy Floyd Hasselbaink ushered out of the exit door, Chelsea spent £24m to sign Didier Drogba from Marseille.

The Ivorian had enjoyed a meteoric rise, a footballing late bloomer whose trade had been plied in France’s second tier just two years earlier. His single season at Marseille had been spectacular, scoring 32 goals in all competitions as the club reached the UEFA Cup final.

That form had earned a big-money move to the Premier League and his first season ended with a winners’ medal. Drogba scored 16 goals in all competitions, with Lampard leading the club’s goalscoring charts with 19 of his own – including a double as the title was secured at Bolton.

One of two @DidierDrogba goals at Middlesbrough on this day in 2005! 🗓 pic.twitter.com/x5bAVEpGio

The League Cup arrived as part of a double as Mourinho’s reign brought instant success, Drogba scoring the decisive goal in extra-time as Liverpool were beaten in Cardiff.

It was the first of several cup final winning goals the forward scored at Chelsea, as the partnership between Drogba and Lampard spearheaded the west Londoner’s success.

Chelsea secured a second successive Premier League title the following season, with Lampard’s performances recognised with a runners-up finish in the Ballon d’Or.

Drogba’s contributions had also been crucial, but he reached new levels in 2006/07. Having found himself a target for critics given his tendency to go to ground easily, his third season at Chelsea was one in which the elite aspects of Drogba shone through.

Setting the standard as a lone centre-forward, he was a menace to Premier League defences, all power and pace with an appetite to hustle and hound centre-backs. Boasting a combination of hulking strength and sublime technique, he hit 33 goals as Chelsea won a domestic cup double.

Some partnerships are built to last 💞

The most prolific #PL pair is Didier Drogba & Frank Lampard who combined for 36 goals#ValentinesDay @ChelseaFC pic.twitter.com/X5CfHVVSZB

Drogba scored both goals as Arsenal were beaten in the League Cup final, before scoring the game’s only goal – created by Lampard – as Chelsea defeated Manchester United in the first FA Cup final held at the new Wembley.

His 20 goals in the Premier League also earned him a first Golden Boot in a season of both team and individual triumph.

The following seasons proved more chaotic for Chelsea as a carousel of managers came and went. Mourinho’s reign ended explosively, before Avram Grant, Luiz Felipe Scolari and Guus Hiddink all had turns in the hot-seat.

Chelsea reached a first Champions League final under the guidance of Grant, with Drogba and Lampard central to their success. The duo combined for three goals as Chelsea avenged two previous semi-final losses to Liverpool, but the final ended in defeat to Manchester United in Moscow.

Lampard had equalised after Cristiano Ronaldo’s opener at the Luzhniki Stadium, but Drogba was sent off for a petulant slap at Nemanja Vidic as the west Londoners lost the first all-English final on penalties.

After a mixed period the zenith for Lampard and Drogba as a partnership came during the 2009/10 season. Carlo Ancelotti’s arrival invigorated Chelsea and the Italian implemented a brand of football that had the club’s hard-to-please owner salivating.

Chelsea became the first top-flight team to reach a century of league goals since Tottenham Hotspur in 1962/63 as the Premier League title arrived at Stamford Bridge, with Drogba winning a second Golden Boot after netting 29 goals in just 32 league appearances.

That haul included a hat-trick on the final day as Wigan were beaten 8-0 to seal the title, with the Ivorian ably supported by Lampard who enjoyed a career-best campaign of his own.

The England international scored 22 league goals – becoming the first ever Premier League midfielder to score 20+ in the division – whilst he finished as the league’s leading assist provider for a second successive season.

🗣️ Didier Drogba: "Frank Lampard is the best midfield player that I played with, the most intelligent and efficient."@ChelseaFC | #TBT | #UCL pic.twitter.com/fLdHiCUBic

The celebrations continued as Chelsea added the FA Cup, Drogba again the difference in a 1-0 win over Portsmouth at Wembley.

Ancelotti followed a familiar fate after a second season without silverware, the axe falling on the Italian with André Villas-Boas arriving as his replacement. Billed as the next Mourinho, he proved a poor imitation and lasted only until March of his first season.

Roberto Di Mateo was handed the reigns on a caretaker basis and cup progression provided solace in a difficult season domestically. Against the odds, Chelsea progressed through the Champions League’s latter stages, including a stunning comeback win against Napoli in the last 16.

Having been beaten 3-1 in Naples, the Blues turned the tie around in fine fashion in a captivating second leg that saw both Drogba and Lampard on the scoresheet.

Lampard scored again in the quarter-finals, before Drogba’s goal secured a narrow first leg win over Barcelona in the last four. The return meeting proved an enthralling encounter as Chelsea dug deep to progress, coming from two goals down – despite John Terry’s early red card – to eliminate the holders and progress to the final.

The win over Barcelona had been a huge upset and facing Bayern Munich – at their own Allianz Arena – in the final was viewed as another mountainous task. Thomas Muller’s goal seven minutes from time looked to have wrecked Chelsea’s dream, but in the dying seconds it was Drogba who again dragged his side back into the contest.

The cup final specialist met Juan Mata’s in-swinging corner to power home an equaliser, before Petr Cech’s save from an Arjen Robben penalty – conceded in extra-time by Drogba – ensured a shootout.

Lampard converted Chelsea’s third kick, with Drogba granted the chance to win the final with the fifth. He sent Manuel Neuer the wrong way, crowning Chelsea as London’s first ever champions of Europe.

Drogba departed following the final, the perfect goodbye to a club where he had wrote his legend. He returned, two years later, for a short spell during Jose Mourinho’s second coming and added a fourth Premier League title to his collection.

Lampard had left before Drogba’s second spell, calling time on his Chelsea career in 2014. He had captained the club to Europa League success the previous season, a campaign in which he moved past Bobby Tambling as the Blues’ record goalscorer.

The Champions League final had been a fitting finale to one of the Premier League’s great partnerships, two footballers who – whilst operating in different areas – so often combined to create the greatest moments in Chelsea’s history.

Drogba and Lampard combined for 36 goals in the Premier League, a record which still stands. As the former created chaos with his bulldozing brilliance, the latter galloped forward from deep to punish Premier League teams.

It was a double-act which laid the foundations for Chelsea’s rise as a footballing superpower.