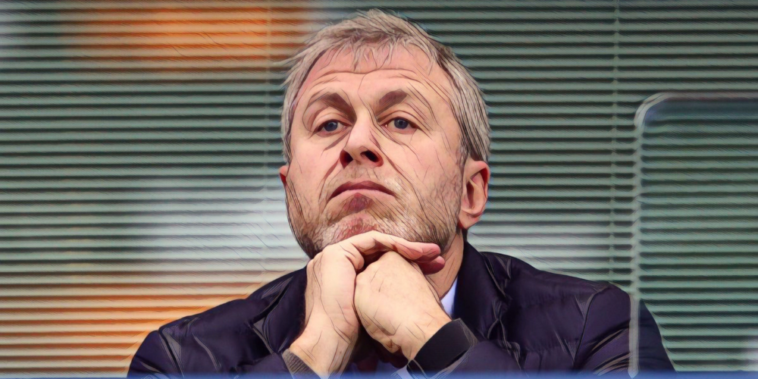 As bombs blaze across Ukrainian skies, the shockwaves of their crisis continue to ripple across the footballing world. Last Thursday, Roman Abramovich was sanctioned by the UK government for his alleged proximity to Vladimir Putin and will subsequently have all his assets within the region — including Chelsea Football Club — frozen by the state.

As Dominic Fifield of The Athletic explained, that means they will now have to finance all day-to-day expenditures through their cash reserves because Chelsea will be unable to sell new tickets, sell club merchandise, and have strict limits on their travel expenditure.

How much money to Chelsea have in reserve? How long can it finance their expensively run operation? What happens when the money eventually runs dry? These are the questions that loom large over West London: and no clear solutions appear forthcoming.

That lack of clarity exists primarily because of the expected inaction of the government. Nobody foresaw a scenario where Abramovich would be unable to sell the club before the sanctions hit — and why would they? For almost two decades, the powers at be have been content to turn a blind eye to the nature of Abramovich’s wealth and connections; as year upon year, he injected funds into Chelsea, broke the Arsenal-Manchester United duopoly, and propelled the Premier League into the spectacle it is today.

It’s why the statement of UK foreign secretary Liz Truss which announced the sanctions last Thursday was almost comically laden with an overwhelming sense of feigned ignorance.

“Today’s sanctions show once again that oligarchs and kleptocrats have no place in our economy or society. With their close links to Putin they are complicit in his aggression. The blood of the Ukrainian people is on their hands. They should hang their heads in shame”

What the secretary failed to acknowledge was that that blood is hardly fresh. Ukraine is a recent development, but the UK has been happy to ingratiate key enablers of the Putin regime within their society and economy for years. In 2021, Vladimir Ashurkov, the executive director of the Anti-Corruption Foundation founded by prominent Russian critic Alexy Navalny, argued that the “The West must sanction the decision-makers who have made it national policy to rig elections, steal from the budget and poison their enemies.” Nothing that Tross pointed out in her statement is a result of Russia’s invasion: it’s simply the acknowledgement of facts that the UK have been happy to sweep under the rug until its become untenable to ignore any further.

Chelsea announce they are unable to sell tickets for the FA Cup quarter-final away at Middlesbrough and they have made a request for the game to be played behind closed doors. pic.twitter.com/LPtlf9OOj0

For the Premier League, it’s the ultimate revelation of the dangers of opening the doors of the sport to actors with unknown ambitions, dubious sources of wealth, and political affiliations that far exceed the scale of the game itself. English football was far too quick in accepting Abramovich as a philanthropic messiah who descended upon Cobham with nothing but benign ambitions and swells of cash. Because ultimately, in its pursuit of further commercial and financial expansion, the Premier League didn’t care where the wealth came from. With fewer questions came more money. That is what they did and continue to prioritise about all else, and the implications for the game are fast becoming devastating.

For Chelsea the stakes couldn’t be any higher, their very existence as a club is in the balance. Even if a sale of the club is negotiated swiftly, the whole club’s operation will need to change. Chelsea will not be the club it has been for the last twenty years. That is the consequence of accepting dark money in football: once you get a taste, you can’t function without it.

And that’s dangerous for football clubs, because they are not just businesses. They remain hubs of their community, with countless people relying on their operation for their sense of livelihood and identity. It’s why clubs throughout the game need to question the sources of wealth they open themselves up to. The questions that were never put to Abramovich — about where his money came from and what it was being used for — need to be pointed at the other oligarchs and petrol states who own clubs.

For if there is one lesson to be learned from this saga, it’s that we cannot wait until corrupt, brutal owners have placed their clubs on the brink before we start taking a look at what they’re doing in football in the first place.