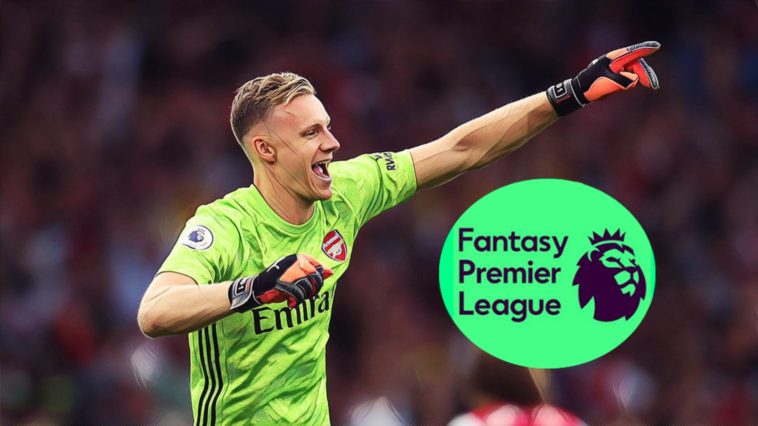 Once again the average score was 55 points in Fantasy Premier League, meaning FPL managers are definitely getting to grips with this weird and unpredictable season.

All of our captain’s picks from last week came good in a big way, which hopefully should have helped you have a successful gameweek 9. Make sure to tune into The Fantasy Faithful podcast this week to hear our FPL captaincy and transfer tips for gameweek 10.

Fantasy Premier League team of the week for Gameweek 9:

It as far from a vintage performance from Arsenal when they visited Leeds United at the weekend, but fortunately for them Bernd Leno (£5.0) was on top form. The goalkeeper made four crucial saves to keep a clean sheet, earn the Gunners a point and get all three FPL bonus points for himself.

A typically stellar performance from Andy Robertson (£7.1) earned the Scotsman his biggest FPL tally of the season. The left-back whipped in a perfect cross for Diogo Jota to score as the Reds beat Leicester City 3-0, which gave him three points for the assist. Maximum bonus points and a clean sheet were the cherry on top.

Leeds came away from Sunday’s game the unhappier of the two sides, as they deserved to score a winner from one of their 25 attempts on goal. At least the Whites kept a clean sheet, their third of the season, which gave Ezgjan Alioski (£4.4) all three bonus points in just his third start of the campaign. So many threes!

This is what alioski said to pepe just before Pepe dropped nut on him. #LUFC pic.twitter.com/0b2Kbg5mK7

Assessing the best budget defenders in FPL this season

Arsenal’s Spanish full-back shared the bonus points with Alioski in the goalless draw, the third time this season Hector Bellerin (£5.0) has gotten the maximum bonus. He now has three shutouts and three assists to his name this season – even more threes!

Bellerin: "Everything is going to be fine." #AFC #Arsenal pic.twitter.com/IYuS7HhD23

Even when Manchester United are not playing well, which tends to be fairly often these days, Bruno Fernandes (£10.8) manages to come up with the goods. The Portuguese playmaker was the most transferred in and most captained player of gameweek 9, and he rewarded those FPL managers handsomely.

Fernandes created six chances against West Brom and took four shots, one of which went in from, yes you guessed it, the penalty spot. He was fortunate that goalkeeper Sam Johnstone was off his line for his initial penalty miss, but he ended up with the joint-most points of any midfielder.

Bruno Fernandes can make passes your brain isn't even capable of comprehending 🤯pic.twitter.com/pZvJ23tSvY

How does he do it? At 34 years of age James Milner (£5.3) is still doing bits for Liverpool in the Premier League. The converted right-back filled in for Trent Alexander-Arnold on Sunday for his first start of the season and made two assists, twice as many as the usual first-choice has gotten all season.

🗣️"It's wood and hinges… Not exactly a statue or a stand"

James Milner is not overly excited about a door being named after him at the new Liverpool training ground 😂 pic.twitter.com/e8tJQC8N6D

It took less than five minutes for Heung-min Son (£9.5) to find the net on Saturday, running in behind the Man City backline before slotting it past Ederson. The South Korean international, who has scored five goals in his last five games against the Manchester outfit, now has nine goals in total for the season.

A super strike from Solly March (£5.0) ensured Brighton took a big win away at Aston Villa at the weekend, his second goal of the season. Playing as a wing-back has certainly seemed to suit March this campaign.

A 35th minute goal from Abdoulaye Doucouré (£5.3), his first for Everton, effectively sealed the win for his side on Sunday as the Toffees ran out 3-2 victors at Fulham. It’s the midfielder’s 18th Premier League goal since first arriving in England in the 2016/17 season.

The good times keep rolling for Dominic Calvert-Lewin (£7.8), who scored a brace at Craven Cottage, giving him the most FPL points of any player at the weekend. Both goals were close-range finishes after some excellent passing sequences from Everton, emphasising the threat he poses in the box.

After scoring his first goal for Brighton on Saturday, Danny Welbeck (£5.5) can officially say he has more goals than Sergio Aguero this season. The former Arsenal and Man United striker has had a tough time of it with injury, but he looked great against Villa. His chip for the goal was just exquisite.

The forward has his first goal for the Seagulls!