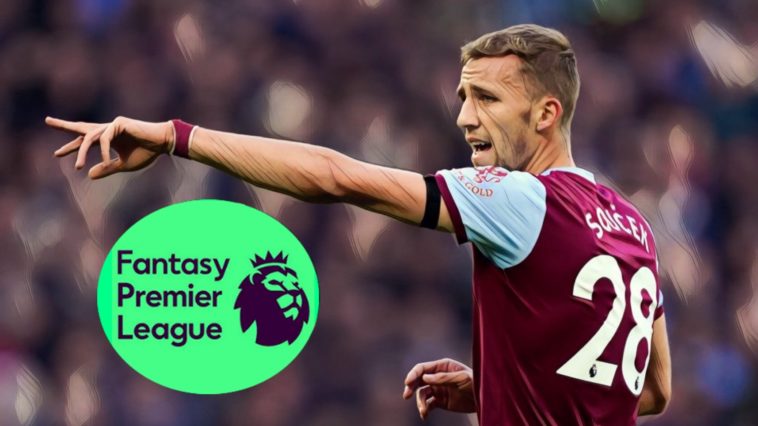 Every Fantasy Premier league manager is looking for that edge and to bring in the players with the best value possible.

That’s why we’ve taken a look at some of the cheapest midfielders in the game to slot right into your squad to enable you to fit in premium players elsewhere.

We have only considered players under the price of £5.5, although none of the midfielders at £4.5 stand out, so we’ve ignored them and gone for the best in between.

The best budget midfielders in FPL:

Highly touted as a cheap asset before the season, Tomas Soucek quickly fell out of favour when West Ham United looked appalling in their opening weekend defeat to Newcastle. They were improved against Arsenal the next week, but lost nonetheless.

Assuming the Hammers would not rekindle their level of performance during Project Restart, Soucek and his teammates were dumped by FPL managers in their droves. However, since then the London outfit have gone undefeated in the league, getting two wins and two draws against teams competing for the top four.

Their impressive form has put their players back on the menu, including Soucek. The Czech international only has one FPL assist to his name this season, but he does have the most shots (15) among midfielders priced under £5.5

Considering 10 of those were from inside the box, you would expect him to have more than three shots on target, but he is at least getting 2.6 chances per game. Greater accuracy would be welcomed, but he does offer an aerial threat and at £4.9 he could be one of the best priced players in the game.

⚒️ Tomas Soucek almost puts the Hammers in the lead as his towering header clatters the crossbar!

Listen to the latest episode of The Fantasy Faithful podcast

Fulham are going nowhere fast, but if anyone is going to drag them out of the hole they are in, then it’s Ademola Lookman. The Englishman has been their brightest spark since arriving on loan from RB Leipzig and can play anywhere across the frontline, although expect to see him cutting in from the left wing.

The former Everton man has one goal so far, but also hit the woodwork twice against Crystal Palace. He’s only played 203 minutes, by far the fewest of anyone on this list, but he’s already racking up four shots per 90.

Lookman is creating more chances for himself than those in the same price bracket, taking nine shots, three of which were on target and five from inside the box. He has also been setting the chances up for others too, making six key passes and creating one big chance.

Five of the best budget defenders in Fantasy Premier League

Not the first name that comes to mind when setting up an FPL squad, but Solly March certainly has potential. The Brighton wing-back is nailed on start every game, though, and has the potential for attacking returns.

March has one goal and an assist in six games this season, and against Manchester United he looked very dangerous, receiving the ball in the box numerous times. He is getting 3.54 touches in the box this year, which is up marginally from last season (3.38).

The Englishman’s 20 touches in the opposition box is the second-most among budget midfielders, behind Aston Villa’s Trézéguet. He has only taken six shots, so ideally he would be shooting more often, but he has completed nine key passes.

Most notably, he takes corners on the right flank for the Seagulls, so there is definitely potential for assists there.

20 of the best FPL team names to consider this season

Earlier in the season, we said on The Fantasy Faithful podcast that Jorginho wouldn’t be a dependable option going forward, even at his price of £5.0.

It was thought that he would not be nailed on to start, but Mateo Kovacic’s inability to stay fit and play 90 minutes a week mean the Brazilian has retained his place in the Chelsea side, starting five of six league matches.

The main attraction to Jorginho is the fact he’s on penalty duty scoring three thus far. With the uptick in penalties awarded this season, he seems like a decent punt at his price. However, he might not be on them for much longer.

His penalty miss against Krasnodar in the Champions League was his second failed conversion of the season, and Timo Werner scored one after the midfielder was substituted.

One might hope that Jorginho would have potential for creating chances, and he does have one assist this season, but he has only completed four key passes. Still, he is currently Chelsea’s top-scoring midfielder and he still represents decent value.