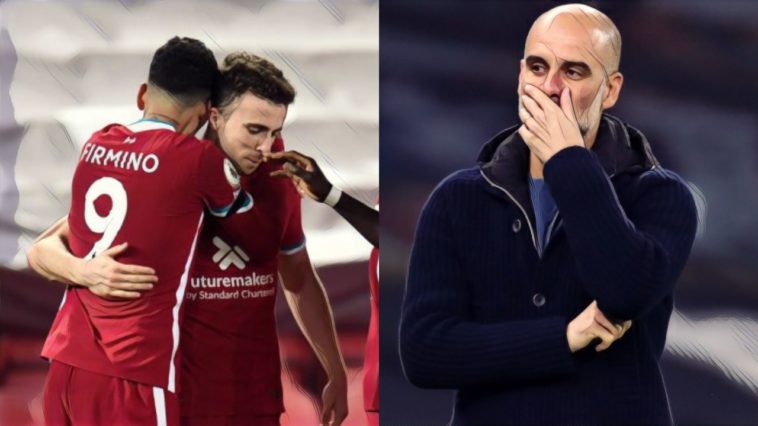 Several key players out with injury. Star forward is ruled out with Covid-19. A hectic fixture schedule that forces the team to play two games a week with a needless international break squished in between.

But the Liverpool machine marches on, gobbling up all opposition before them with a ruthless efficiency that is almost monotonous at this stage.

The Reds 3-0 victory over title pretenders Leicester City was the 124th league victory out of 191 matches of the Jurgen Klopp era. It was their 68th win since the beginning of the 2017/18 season. But it was also their 64th consecutive home game without defeat, a phenomenal run which includes 53 wins and dates back to 2017.

Every other team in the Premier League has lost more home games this season than Liverpool have lost in the last three-and-a-third seasons.

On the most recent episode of The Fantasy Faithful Podcast, we conversed about Leicester’s chances on Saturday and how they might take advantage of Liverpool’s various absences. What a waste of breath that was.

Even against a difficult opponent like Leicester, they were imperious at Anfield, demonstrating why they are probably best bet to win the league this season.

A victory would have been a wonderful way to celebrate Pep Guardiola’s new contract at Manchester City, extending his stay at the Etihad for two more years. Alas, they got thoroughly Mourinho’d by Tottenham Hotspur on Saturday.

City dominated possession, keeping the ball for 66% of the match, outshot their hosts 22-4 and had 51 touches in the box to Spurs’ nine. Harry Kane didn’t even have a shot all game. He didn’t need to, as Spurs ran out 2-0 winners in what was the most Jose Mourinho vs Pep Guardiola contest possible.

This was the seventh defeat Mourinho has inflicted on Guardiola in 24 matches, the second-most losses the Catalan has suffered against an individual manager (Jurgen Klopp is first with nine wins). Guardiola does, at least, still have the upper hand with wins over the Portuguese.

Most worryingly for them, only two of those strikes have come from open play, while they are ninth in the league for non-penalty expected goals so far with 9.8 npxG.

The last time Manchester City had a negative goal difference after eight games was in 2002.

Just last season they scored 102 goals, the most in the Premier League, but the rapid decline in their attacking output is truly mystifying. In Guardiola’s first three seasons in charge they scored at a rate of 2.5 goals per game. That’s dropped to 1.25 per game this season.

– Since Mikel Arteta joined Arsenal in December 2019, the Gunners have received five Premier League red cards, at least two more than any other club in this time. It’s also been 476 minutes since they last scored a goal from open play.

– Leeds United’s 25 shots is the most by any side without scoring in the Premier League since Manchester City’s 26 against Southampton in July. They are only the third side to have so many shots in the league this season.

– Aston Villa’s Jack Grealish won seven fouls in this match and has won more than any other Premier League player this season (36). Grealish has won at least one foul in the last 102 league (and play-off) matches he has started, a run stretching back to April 2017.

– Since making his Premier League debut in August 2018, only Trent Alexander-Arnold (26) and Andrew Robertson (25) have provided more assists in the competition among defenders than Everton’s Lucas Digne (15).

1 – Chris Woods' opener for Burnley means that all sides across the top four tiers of English football have now scored a home goal in 2020-21, with this the Clarets' 30th shot at Turf Moor. Awaited. #BURCRY pic.twitter.com/Da6uif50Zc

– Half of Bruno Fernandes’ Premier League goals for United have been penalties (7/14), the highest ratio of any player to score for the club in the competition. His game-winning spot-kick was United’s first home league goal in 324 minutes, since Fernandes’ penalty in the 6-1 defeat to Spurs in October.

– Sheffield United have become the third side in Premier League history to pick up just one point (or fewer) from their opening nine games in a season, after Man City in 1995-96 and Sheffield Wednesday in 1999-00. Ominously, both of those sides were relegated.