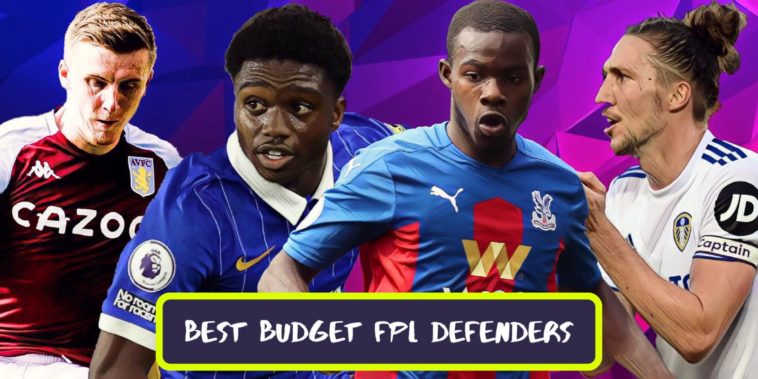 Every Fantasy Premier League manager is looking for the best value when it comes to their squad, and there is plenty to be found in defenders.

A number of cheap defenders have emerged in the opening five matches of the Premier League campaign, but which ones are the most reliable to bring into your team? These players are cheap for a reason, usually because they’re not guaranteed to start every week or they’re simply not very good.

Every season there are usually two or three hidden gems who turn out to be brilliant bargain buys in defence, such as John Lundstram last year, so we wanted to find out which ones are the most likely to be one of them in 2020/21. We’ve only considered players priced below £4.8, hence why Leicester City’s James Justin is not included.

England’s latest emerging right-back in an ocean of them, Tariq Lamptey has impressed massively since debuting for Brighton last season. Despite only being 20-years-old, the former Chelsea man looks assured and accomplished beyond his years.

Brilliant going forward, Lamptey has provided one assist and won two penalties for the Seagulls thus far. Not only is he passing the eye test, he turns up in the statistics too. He is making 1.45 key passes per 90 minutes, the fourth-best among budget defenders, and has 10 touches in the opposition box, top of the league in that group.

Brighton’s defence has conceded at a rate of 2.2 goals per game, but they have conceded the fewest shots in the box (24) in the league and have just 6.15 expected goals against, so we expect them to tighten up at the back sooner or later.

Highly touted as one of the best bargain buys in pre-season, thousands of managers offloaded Kyle Walker-Peters after Southampton were defeated by Crystal Palace and shipped five goals against Spurs. But the Saints have since bounced back to keep two clean sheets and get a point against Chelsea.

Walker-Peters has potential to get points going forward, as his wonderful assist for Danny Ings showed against Spurs, and he has taken three shots, two of which have come from inside the box, so far. The worry with owning defensive assets from Southampton is the potential for the dam to break and concede a glut of goals in one game.

The turnaround in Aston Villa’s defensive performance since Project Restart has been nothing short of remarkable. Before that point, they had one of the most porous defences in the league and look doomed, but since then have avoided relegation, conceded just 17 goals and kept six clean sheets in 17 games.

Matt Targett offers the cheapest route into the Villa defence, although he has not been as involved in attack as he once was. The full-back has no attacking returns and hasn’t even attempted an assist thus far, as Villa increasingly funnel their attacks through midfield.

Dubbed the new Aaron Wan-Bissaka by fantasy nerds, Tyrick Mitchell has impressed many with his defensive ability, although his attacking threat has perhaps been overrated by some. The full-back is yet to make a key pass and has only made eight entries in the penalty area.

Mitchell did, however, get an assist against Manchester United when Crystal Palace won 3-1 and offers exceptional value at £4.2, but he is at risk of losing his starting place as Patrick van Aanholt has returned from an injury layoff.

Despite only returning 11 points after five matches, Luke Ayling is still one of the most talked about players when it comes to FPL. The full-back has been one of Leeds United’s star players since Marcelo Bielsa arrived at Elland Road two years ago and he’s expected to play a key role this season.

In their promotion campaign, Ayling provided four goals and four assists, as well as 0.9 shots and 0.8 key passes per 90 minutes. His shot taking has dropped marginally (0.8), but his attempted assists are way off at 0.1 per 90.

The 29-year-old has looked good going forward, even if that isn’t fully reflected in the numbers or attacking returns. The lack of defensive solidity in this Leeds team is a worry, though, having conceded nine goals and 53 shots in the box, the most in the league.

Bursting onto the scene seemingly from nowhere, Max Kilman has caught the eye with two fantastic performances in his first two starts for Wolves. The left-back helped the team keep a clean sheet in their narrow win over Fulham, before doing the same against Leeds United where he was awarded Man of the Match.

On both occasions, Kilman was given all three bonus points, while he now has the most expected assists (0.36xA) and big chances created (0.5) per 90 among budget defenders. It’s too early to say whether the former futsal player is nailed on to start every week, but he has given Nuno Espirito Santo plenty of reasons to stick with him.

Ezri Konsa leads the way among budget defenders with a whopping 28 points thus far, although much of that is down to his game-winning goal against Sheffield United in their first match of the season.

As a centre-back he hasn’t made many any key passes, but the England U21 international has shown himself to be a serious threat from set-pieces since being given an extended run in the side towards the end of last season. Villa have conceded just two goals in four games, but the air will surely fall out at some point. In any case, I would recommend buying goalkeeper Emi Martinez (£4.8) before investing in their defenders.

Leeds’ other full-back does at least have an attacking return after Stuart Dallas assisted one of the goals during their 4-3 defeat to Liverpool on the opening night of the season.

With just one clean sheet under their belt, FPL managers are hoping Leeds defenders start providing points in attack to make up for their defensive shortcomings. Stuart Dallas betters Ayling in terms of key passes per 90 (0.4) and equals him in terms of shots per 90 (0.8), but there’s not enough there to convince me they are better options than the other players on this list.

See Also: The best value-for-money players in FPL this season