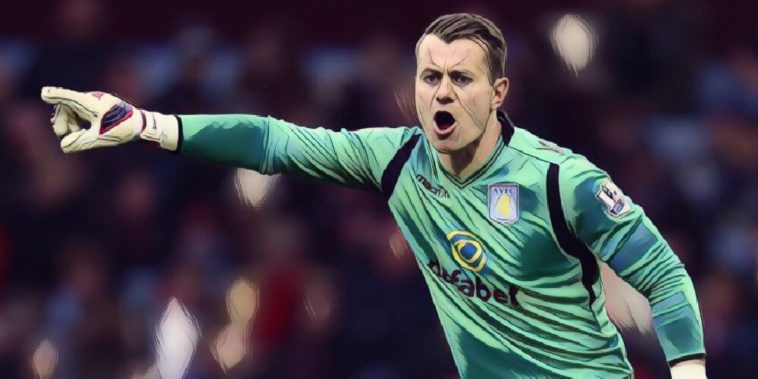 The days of there being at least one Irish lad playing for a top six club in England are long gone.

It’s rare to even see them feature in the Europa League at the moment, but fortunately Ireland has still produced some of the best players to have graced the Premier League.

Here are the top five Irish players to have ever played in the Premier League era.

The Donegal native has made 451 top flight appearances spanning over 19 seasons. An incredible achievement for a man that only featured for five different Premier League clubs.

During his 13 year stay at Newcastle United, Given was regarded as one of the best goalkeepers in the League by his fellow pros. Unfortunately for Shay, he never managed to get his hands on the League title, having left Manchester City the season prior to their 2012 success.

Given did manage to bag an FA Cup winners medal during his short spell at the Etihad.

Coming in at number four is a man that once used to terrorise fullbacks opposite Arjen Robben while at Chelsea.

The two-time Premier League winner would be higher up on this list had he stayed at Stamford Bridge for more than two years, which he should have. Duff played some scintillating, attacking football for Chelsea before leaving for Newcastle in 2006.

Having made 392 appearances across 16 seasons, scoring 55 and assisting 54 and with a PFA team of the year inclusion while at Blackburn, Duff was an old school winger who could have played for any top team in the world at his peak.

The Waterford man may have just suffered back-to-back relegation’s with Sunderland and will also retire from International football after Ireland’s friendly with the USA next month, but what a career Mr Versatile has had.

Having joined Manchester United as a 17-year-old, O’Shea went on to win 15 major honours, which included five Premier League titles and the Champions League. He played in every position under Ferguson, including in goals for the injured Edwin van der sar.

In total, O’Shea has made 445 appearances in the Premier League for Manchester United and Sunderland, helping himself to 13 goals in the process.

Arguably the best fullback this country has ever produced, Denis Irwin was a staple to Manchester United’s massive success in the early Premier League years.

Part of the ’99 treble winning side, Irwin also won seven league titles at Old Trafford, making 325 league appearances, which included a season at Wolves too.

The Corkman also wasn’t shy when it came to free kicks or penalties either and was quite often the designated taker for United, despite the plethora of world class talent in their squad.

Seven league titles and five PFA team of the year inclusions, Roy Keane is one of the all time greats for Ireland and of the English Premier League.

Keane’s hard man persona won United games before the players had even left the tunnel. 366 appearances, along with infamous bust ups and leg breaks, Keane has left people divided on their opinions of the Corkman, but his sheer quality on the pitch can’t be disputed.