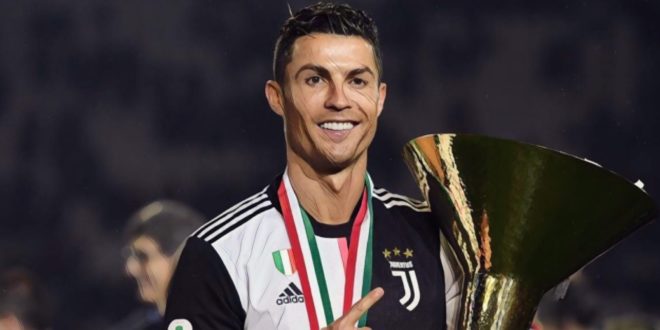 Anthony Kelly 30/07/2020 Five of the Best, Opinion/Features Leave a comment

As the domestic campaigns draw to a close in each of Europe’s top five leagues, we now know which way the league titles have gone and who has revelled in the elation that comes with winning the championship.

As always, there are some familiar faces sitting atop the pile, as well as a couple of old giants who have returned to their former glories.

Here we take a closer look at the five clubs with the most league title wins across Europe’s top five leagues.

Liverpool may well be back on their perch after a 30-year wait, but they are still trailing their old rivals in the terms of domestic title wins. Manchester United currently have 20 league championships to their name, with their most recent coming in Sir Alex Ferguson’s final year in charge, back in 2012/13.

The legendary Scottish manager ended a painful 26 year wait for a top-flight title in 1992/93 before going on to win a whopping 13 Premier League‘s during his time at Old Trafford, eventually surpassing Liverpool’s long-standing record in 2010/11.

The Red Devils have endured a seven year title drought since Ferguson called it a day and ended their most recent campaign in third place, 33 points off the top spot.

For much of the 20th Century, Barcelona had to sit by and watch their fierce footballing and cultural rivals Real Madrid dominate both Spanish and European Football. However, after the late great Johan Cruyff revolutionised the club’s approach in the late 80s and early 90s, Barca have been collecting league and European trophies at a rapid rate of knots.

Indeed, since Cruyff disciple, Pep Guardiola inspired his boyhood club to a historic treble in 2009, Barcelona have claimed seven of the following 11 titles contested in La Liga, with Lionel Messi and company establishing a golden era for the fiercely proud Camp Nou club.

However, the current vintage – Messi excluded –  is one of the poorest in recent times and La Blaugrana failed to defend their title this season, trailing five points behind Real Madrid in the title race. The Catalan club has still notched a mightily respectful 26 league championships during their 120-year history though.

Nobody has been able to lay a glove on them recently, with Die Roten winning all nine of their post lockdown fixtures and securing the title with a luxurious 13 point margin. The German powerhouses latest triumph their 29th league title since claiming their first back in 1968/69.

Their recent dominance of German football may be a touch on the monotonous side for some neutral fans, however, there is no denying what a relentless, well-oiled winning machine Bayern have become.

Inspired by the evergreen Robert Lewandowski – whose 34 goals saw him top the goal scoring charts for the fifth time in six years – Hansi Flick’s side will fancy their chances of adding to their five European Cups when the Champions League resumes next month.

Two down, one to go? 🏆 pic.twitter.com/slKmvkOynl

13 time European Champions, Los Blancos are arguably the biggest football club in the history of the sport, with an honours list that is the envy of every single one of their major rivals both in Spain and on the continent.

It was during the 1950s, inspired by greats of the game like Ference Puskas and Alfredo di Stefano, that they began to dominate both domestically and internationally, the capital club famously having won five European Cups between 1955-60.

This seasons triumph will have been a particularly sweet one for manager Zinedine Zidane, the Frenchman reportedly on the verge of the sack back in October after a poor start to the season.

Surpassing even the mighty Real Madrid, are Italian giants Juventus, who claimed their ninth successive Scudetto recently with a 2-0 victory over Sampdoria. While Maurizio Sarri’s side have been far less dominant than in other recent title-winning seasons, it’s still hard to see any other Italian side wrestling back control of Serie A anytime soon.

The Turin based club has have been the dominant force in Italian football for the last century and have now secured as many Serie A’s as their nearest rivals, AC and Inter Milan combined.

Recent signings like Cristiano Ronaldo and Matthijs de Ligt highlight the burning ambition that remains at the reigning Italian champions, as they look to transfer their domestic dominance onto the European stage, the Old Lady having failed to lift old Big Ears since 1996, agonisingly finishing runners up on seven occasions throughout their history.