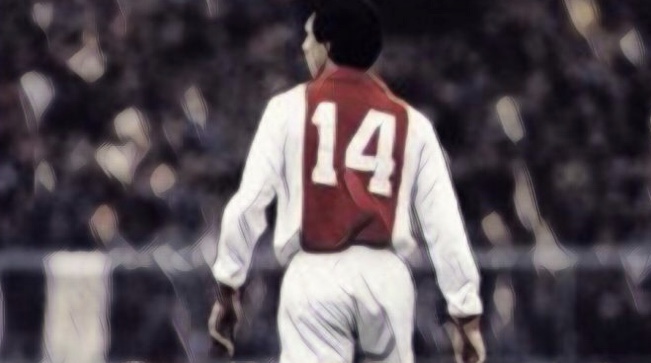 Johan Cruyff was one of football’s greatest ever players and most influential coaches. He was the star of the Ajax side that dominated European football in the 70’s and was the key man in the Dutch national side that reached two World Cup finals, playing their famous brand of ‘Total Football’.

After a successful stint playing for Barcelona he would become their coach where he would lay the foundations for the beautiful attacking football we see Barca play today. Cruyff was not just a brilliant player he was a footballing genius.

Not only did he shape the future of Barcelona, he would also be the inspiration for many a player and future manager, with Pep Guardiola’s brand of football firmly based on the principles of his former coach.

As we mark the fifth anniversary of Cruff’s death, here are 20 of the great man’s best quotes…

”Playing football is very simple, but playing simple football is the hardest thing there is.”

”In my teams, the goalie is the first attacker, and the striker the first defender.”

”Why couldn’t you beat a richer club? I’ve never seen a bag of money score a goal.”

45 years ago today, at the Westfalenstadion in Dortmund, Cruyff introduced us to the Cruyff.pic.twitter.com/ZUdbQMwCpr

”Technique is not being able to juggle a ball 1000 times. Anyone can do that by practicing. Then you can work in the circus. Technique is passing the ball with one touch, with the right speed, at the right foot of your team mate.”

”I’m not religious. In Spain all 22 players make the sign of the cross before they enter the pitch. If it works all matches must therefore end in a draw.”

”I always threw the ball in, because then if I got the ball back, I was the only player unmarked.”

”When you play a match, it is statistically proven that players actually have the ball 3 minutes on average … So, the most important thing is: what do you do during those 87 minutes when you do not have the ball. That is what determines whether you’re a good player or not.”

”Players today can only shoot with their laces. I could shoot with the inside, laces, and outside of both feet. In other words, I was six times better than today’s players.”

”I find it terrible when talents are rejected based on computer stats. Based on the criteria at Ajax now I would have been rejected. When I was 15, I couldn’t kick a ball 15 meters with my left and maybe 20 with my right. My qualities technique and vision, are not detectable by a computer.”

‘’If I wanted you to understand it, I would have explained it better.”

”Players that aren’t true leaders but try to be, always bash other players after a mistake. True leaders on the pitch already assume others will make mistakes.”

”What is speed? The sports press often confuses speed with insight. See, if I start running slightly earlier than someone else, I seem faster.”

”There’s only one moment in which you can arrive in time. If you’re not there, you’re either too early or too late.”

”Every professional golfer has a seperate coach for his drives, for approaches, for putting. In football we have one coach for 15 players. This is absurd.”

”There is only one ball, so you need to have it.”

”Quality without results is pointless. Results without quality is boring.”

”There are very few players who know what to do when they’re not marked. So sometimes you tell a player: that attacker is very good, but don’t mark him.”

”Someone who has juggled the ball in the air during a game, after which four defenders of the opponent get the time to run back, that’s the player people think is great. I say he has to go to a circus.”

”I’m ex-player, ex-technical director, ex-coach, ex-manager, ex-honorary president. A nice list that once again shows that everything comes to an end.”

Watch: The best goals by Johan Cruyff’s Barcelona side