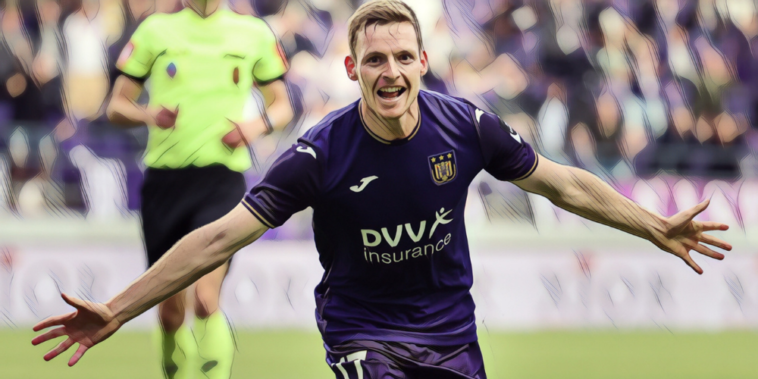 Chelsea are being linked with Anderlecht’s Sergio Gomez as Thomas Tuchel looks for left-side cover this month.

Gomez has impressed since signing for Anderlecht from Borussia Dortmund last summer, with the 21-year-old having scored five goals and provided 10 assists in 21 Jupiler Pro League appearances.

The wing-back began his career at Barcelona before making the move to Dortmund, though departed for Anderlecht last summer in search of regular first-team football and has since flourished in Belgium to attract interest from across Europe.

Team Talk are reporting that Chelsea are considering a bid for the Spain u21 international, who has starred for the national side at youth level, winning European Championship medals at u17 (2017) and u19 (2019) level. He also won the Silver Ball at the 2017 u17 World Cup, finishing as runner-up for Player of the Tournament to Phil Foden.

Tuchel is keen to strengthen his squad at left wing-back following the season-ending injury to Ben Chilwell, with the west Londoners having been linked with a host of potential targets.

Chelsea have attempted to recall Emerson Palmieri from his loan spell at Lyon, but could now turn their attention towards Gomez  – who has also been linked with Manchester United – following his breakthrough campaign with Anderlecht.