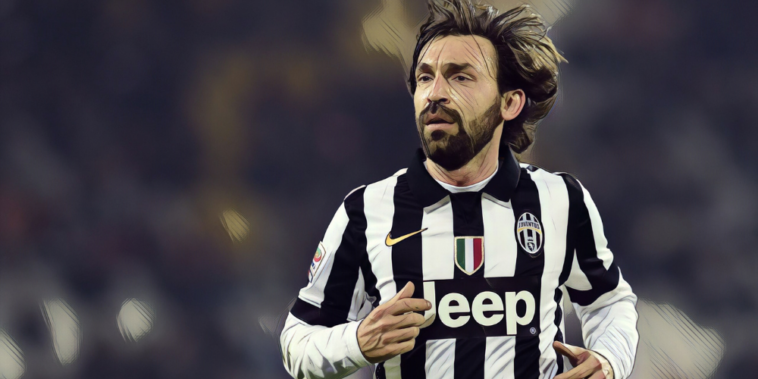 Andrea Pirlo is perhaps the embodiment of the footballer that most fans wish to be. Outrageously good whilst remaining effortlessly cool, the midfielder evolved and adapted to become one of the finest of his generation.

Pirlo’s latter years may have seen him become the poster-boy for the footballing hipster, but focusing on the distractions that come with being the alternatives’ idol of choice can detract somewhat from the sublime talent he possessed.

Pirlo was, in many ways, a footballer born in the wrong era and one who flew the flag for the regista, but he was also much more than that.

His rise to prominence began at hometown club Brescia, where a teenage Pirlo operated in an advanced role behind the centre-forward.

Pirlo’s performances helped Brescia to promotion from Serie B and soon attracted the attention of the nation’s giants, with Inter Milan securing a deal for the promising trequartista following his debut season in the top division.

Inter disappointed during a 1998/99 campaign in which the club finished a distant eighth and it proved a frustrating campaign for their youthful addition who failed to find a consistent first-team breakthrough.

The following season brought a loan move to Reggina and a series of encouraging showings, but once again his pathway to the senior side at Inter was blocked by more senior teammates upon his return.

Brescia offered Pirlo an escape and re-signed the midfielder on loan in January 2001, as one of Italy’s traditional yo-yo clubs fought desperately to secure their top-flight status.

It would be a move that transformed his fortunes.

Brescia had signed Roberto Baggio the previous summer, bringing one of the Azzurri’s all-time greats to the club following his acrimonious exit from Inter Milan.

Baggio had failed to make much of an impact before a knee injury sidelined Il Divin Codino for two months, but he returned to action shortly after Pirlo’s arrival and began to shine.

Amongst the most naturally gifted footballers of his generation, Baggio’s assuming of the trequartista position off centre-forward Dario Hübner led manager Carlo Mazzone to find a solution.

Pirlo moved to a deeper role in front of the Brescia backline, a position in which Mazzone was convinced could bring the best from a player with exquisite technique and vision.

Rather than impact a game, Pirlo’s role was now to run it.

There were teething problems as Brescia struggled for results, but a wonderful assist for Baggio against Juventus was arguably the first glimpse of Pirlo the playmaker.

Inside the centre circle and boasting a perfect picture with the game now ahead of him, the midfielder arcs a sensational ball over the Juventus backline, with Baggio’s velvet touch sublime as the former Ballon d’Or winner rounds the Edwin van der Sar to score.

Pirlo to Baggio. What a goal! pic.twitter.com/R5sv16CdSn

Pirlo’s performances in leading Brescia away from relegation worries were not enough to convince Inter however, who allowed the midfielder to leave that summer in an exchange-deal to rivals AC Milan.

Carlo Ancelotti arrived as a replacement for Fatih Terim shortly after the midfielder’s arrival and the Italian persisted with Pirlo in the deeper role, with the summer signing stationed in front of the Milan backline.

Milan qualified for the Champions League during Pirlo’s debut season at the San Siro, with the floppy-haired regista becoming known as ‘the metronome’ for his conducting of the Rossoneri’s rhythm.

Pirlo dominated and demanded possession, the creative fulcrum of an engine room that contained the energy and tenacity of Gennaro Gattuso, Massimo Ambrosini and later Clarence Seedorf.

The penetrative and precise passes across all ranges were mixed with some superb set-pieces, with Pirlo’s catalogue of goals including a collection of fantastic free-kick efforts.

Ancelotti’s side began to emerge as a force during the 2002/03 season with Pirlo orchestrating the play as Milan progressed through the latter stages of the Champions League.

Inter Milan were beaten in the semi-finals as two northern powers of Italian football collided in the last four, before another domestic showdown awaited in the final against Juventus at Old Trafford.

A forgettable final ended goalless after extra-time and it was Milan who triumphed via a shoot-out, Andriy Shevchenko converting the decisive kick as Pirlo collected club football’s biggest prize.

Milan were crowned as champions the following season as the accolades continued to arrive and an iconic side reached three Champions League finals across the space of just five seasons.

Pirlo missed from the spot as Milan were beaten following an improbable Liverpool comeback in Istanbul in 2005, before earning redemption against the same opposition two seasons later – the midfielder’s free-kick deflecting in off Filippo Inzaghi for the game’s opening goal.

Between those finals came a summer in which Pirlo enjoyed his greatest triumph.

Italy travelled to the World Cup in Germany with a talented squad, but found themselves behind the likes of holders Brazil, the host nation, and Argentina amongst the favourites for the trophy.

Pirlo scored the opening goal of the Azzurri’s campaign with a low effort in victory over Ghana, before assisting Alberto Gilardino as the Italians were held by the United States.

The Czech Republic, Australia and Ukraine were all beaten as Italy reached the last four, where the calm that defined Pirlo came to the fore in an atmospheric clash against the Germans.

Penalties appeared to be looming as the game ticked towards the end of normal time goalless, as a loose ball drops invitingly to Pirlo on the edge of the area.

Rather than lash an effort towards goal, the midfielder brings the ball under control, before weaving an opportunity to thread a pass to Fabio Grosso for a dramatic winner.

France were beaten on penalties – with Pirlo converting his side’s first – as Italy won a fourth World Cup in Berlin, a crowning moment for Pirlo whose control of proceedings had plotted the pathway towards success.

His time with Milan brought further successes and a second league title, but injuries during that latter season and an increasingly fractious relationship with Max Allegri saw the midfielder seek a new challenge.

Juventus came calling with an offer for the then 32-year-old, with the Bianconeri still looking to return to former glories after rebuilding following the Calciopoli scandal.

Milan – in search of a new direction – allowed the midfielder to leave on a free transfer, a decision which must rank amongst the most regrettable in club history.

Pirlo’s game had never relied upon athleticism, and Milanese perceptions that the midfielder had been on the wane were hugely misplaced.

Emerging as the key figure in Antonio Conte’s winning machine, Pirlo dominated the division as Juventus usurped Milan as champions, with their midfield maestro named as Serie A’s finest footballer after leading the league for assists.

Pirlo was magnificent and was named as the league’s best player in three consecutive campaigns, each finishing with the Scudetto arriving in Turin as Juventus dominated the divison.

In an era in which counter-pressing and aggressive defending from the front popularised around Europe, Pirlo remained a unique figure with his languid manner and poise in midfield.

As attackers defended from the front and greater emphasis was placed on building from the back he thrived, dropping between central defenders and raking cross-field passes with arrow-like accuracy.

For those in favour of the scampering defensive midfielder, Pirlo’s presence as one of the world’s best anchors was a middle-fingered salute, his control of games and ability to manoeuvre in tight spaces allowing him to flourish even into his latter years.

After four successive Scudetti his curtain call came with a move to MLS, uniting with Frank Lampard and David Villa at New York City FC as the American franchise sought marquee names for their newly-established franchise.

His US venture saw him depart from the game away from the European spotlight, one which he had revelled in during a career in which he became the footballer’s footballer.

Everyone seems to have their favourite Pirlo moment, whether it be a cultured pass, fabulous free-kick, or his Euro 2012 Panenka penalty to humble England’s Joe Hart.

From bright prospect at Brescia, to Milan’s metronome, and the bearded brain of Juventus’ renaissance, Pirlo was a player who did things his own way – a style that made him universally appreciated.