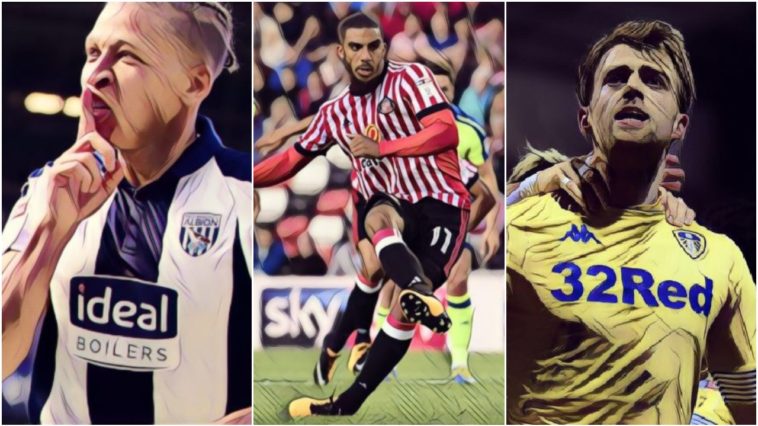 Some players are just too good for the Championship but not good enough for the Premier League.

Some players just never find their level. They’re mired in a strange purgatory where no one quite knows how good (or bad) they really are. In England we find many players in this limbo between the top two tiers; too good for the Championship, not good enough for the Premier League.

Cameron Jerome might have been the best example of this phenomenon. The 6’1″ striker could score goals for fun in the Championship, netting 16 or more goals three times for Cardiff City and Norwich City.

The Huddersfield native made defenders look foolish in that division, but whenever he made the step up? Forget about it. He could barely hit a barn door. If the exact same opportunity presented itself in either league, he’d somehow contrive to miss it if it was in a top flight game.

Just to highlight how unremarkable his Premier League record is, here are his goal totals from each season spent in it: 7, 11, 3, 4, 3, 2, 3. A bright enough start, before it fell right off a cliff. Amazingly he was a striker in that division as recently as 2016.

That’s the template, so let’s look at some other players who we all know have talent, but just can’t produce at the next level. If only there was another league in between for these guys to play in.

Five players too good for the Championship but not good enough for the Premier League:

The Croydon-born striker has scored 122 league goals in his career, but only one of those has come in the top flight. That came in his debut season in the Premier League with Norwich City, but he only played six times for the Canaries before being shipped off to Bournemouth.

Grabban struggled on the south coast as well, failing to score in 18 appearances over a season and a half for the Cherries. He hasn’t been seen in the first tier ever, bouncing about the Championship for a few years on loan to Reading, Sunderland and Aston Villa, before sealing a permanent move to Nottingham Forest last season.

The 31-year-old is very capable of finding the back of the net at this level (he already has three goals in all competitions this season), but he doesn’t have the pedigree or the mentality to make the step up.

Newcastle United striker Dwight Gayle has fared better in the Premier League than Grabban, but you still get the distinct feeling he’s just not quite good enough for that level.

The 29-year-old has had a remarkable rise nonetheless, working his way up from non-league football to the Football League before finally making his bow as a top flight footballer in 2013 for Crystal Palace. After three campaigns and 15 goals, the Magpies came in for him in their bid for promotion.

It worked a treat, as the diminutive forward scored 23 goals to help United win the Championship in 2017. That output dropped to just six goals the next season however, and he was sent out on loan last year to West Brom, where he scored 23 again in their run to the playoff semi-finals, scoring in the club’s defeat to Villa.

In all, Gayle has scored 59 goals in the second tier compared to 21 in the Premier League. The Londoner is back at his parent club this season — will this be the year he finally makes an impact at the highest level?

Drama, heartache and loadsamoney – why the Play-Offs might be the best thing in football

The name ‘Patrick Bamford’ has been known for quite some time now, as the Grantham native was a highly rated prospect in the Chelsea youth setup. He never played a senior game for the Blues, however, instead becoming part of the loan army which saw him shipped out seven times over five years to MK Dons, Derby County, Middlesbrough, Palace, Norwich and Burnley.

The striker has reached double digits on a couple of occasions in the second tier, and even won Player of the Year in 2015 with Boro, but has just one solitary Premier League goal to his name over the course of four stints.

At just 25 years of age, the Leeds United man might already be doomed to a life of being passed around Championship promotion hopefuls desperate for a goalscorer who can guide them to the upper end of the table.

Here is one of those players who excels in the Championship, but is about as much use as an ashtray on a motorbike in the Premier League.

The Czech forward has never made an impression in the top division, flailing for West Brom and Burnley on the two occasions he’s played in it. But take one step down and he scores bundles of goals with reassuring ease; 65 in total.

Vydra is what you might call a puppy with big paws, and he’s likely to warm the bench for the Clarets a lot this season.

In the Championship Alex Pritchard has been something of a creative force, but in the Premier League he’s been rather listless. A versatile player who can and has played all over the attacking third of the pitch, the 26-year-old is most comfortable as an attacking midfielder, where he can provide both goals and assists.

He did that for Brentford (12 goals, seven assists in 2014/15) and Norwich (six goals, nine assists in 2016/17), before moving to Huddersfield Town for their inaugural campaign in the top flight. Just five-goal involvements followed in the next two seasons, as the Terriers suffered an ignominious relegation last May.

Pritchard — who reportedly earns £110,000 a week at Huddersfield — started out his career at Tottenham Hotspur, but couldn’t make the grade. Now we know why.

Read: The five favourites to be promoted to the Premier League

See Also: Six of the most exciting teenagers in world football