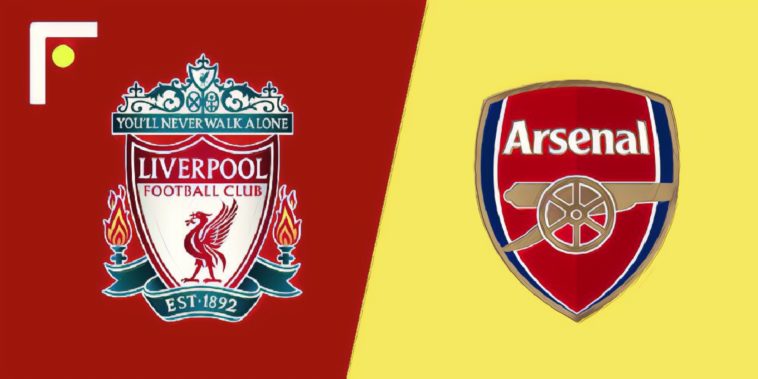 Liverpool face Arsenal this weekend in a clash between the Premier League’s top two, the two teams the only side’s in England’s top flight to have 100% records after the opening two fixtures.

Both teams are packed full of talent and will have hopes of challenging this season, but which players would feature in a combined XI between the sides?

Here, in a 4-2-3-1 formation, is The Football Faithful‘s combined Liverpool and Arsenal XI…

Ok, so we know Alisson isn’t available to play tomorrow, but we just can’t be having Bernd Leno in this team ahead of the 26-year-old Brazilian.

Alisson has proven himself a world-class operator with both his hands and feet since his move to Anfield from Roma last summer. Liverpool fans will be hoping last seasons golden glove winner recovers from his calf injury to take over the number one duties from Adrian as soon as possible.

The Liverpool local continues to impress despite his tender years, the 20-year-old having developed into one of the best full-backs in the Premier League since his first-team emergence.

The England international possesses relentless energy, whilst his superb technique offers Liverpool an added attacking threat with his delivery from wide areas.

Alexander-Arnold broke the record for most assists by a defender in Premier League history last season, and having already registered his first of the campaign against Norwich, will hope for another productive season.

An underrated presence in the Liverpool backline, Matip thrived once given his chance last season as the Merseyside club were crowned champions of Europe.

The Cameroonian is adept at carrying the ball out of defence and offers an imposing physical presence alongside Virgil van Dijk.

Unfortunate to be dropped for Joe Gomez for the season opener, Matip returned against Southampton last time out and impressed in the 2-1 win.

Arguably the most important player in the Liverpool side, Van Dijk has been showered with plaudits for his performances since arriving at Anfield in 2018.

Arriving for a world-record fee for a defender the 28-year-old instantly helped to shore up Liverpool’s leaky defence, his towering performances seeing him widely acclaimed as the world’s finest centre-back.

The winner of last season’s PFA Player’s Player of the Year award, the Dutch defender is the leader in the Liverpool defence and a huge part of why they recorded the Premier League’s best defensive record last season.

The Scotland captain completes an entire Liverpool back four, having established himself as one of the Premier League’s best since moving to Anfield.

Robertson’s relentless work-rate has made him a huge fan favourite amongst Liverpool supporters, offering energy and thrust down the club’s left-hand side.

The Brazilian’s move to Liverpool in 2018 came from nowhere, with barely any speculation a deal could happen until it was announced.

The deal was perhaps a reflection of the player himself, understated yet vitally important. The former Monaco star has brought a sturdiness to the Liverpool midfield, his physicality and tactical intelligence seeing him thrive in the holding role.

Fabinho’s role as protector has allowed Liverpool’s attacking contingent to flourish, and he remains crucial to their hopes this season.

A contentious call perhaps, given he has made just one start since moving to North London, but Arsenal certainly seemed to have acquired a player in the on-loan Real Madrid midfielder.

The Spaniard came on as a substitute for Arsenal’s opener at Newcastle, before starring in the home win over Burnley by notching a pair of assists for Alexandre Lacazette and Pierre Emerick-Aubameyang.

Tenacious yet technical, Ceballos has all the attributes to become a key figure for Unai Emery’s side this season.

The goalscoring exploits of Liverpool’s Egyptian have been well documented, Salah having posted prolific numbers since returning to English football in 2017.

Back-to-back Golden Boots have seen the forward emerge as one of Europe’s leading players, whilst he was rewarded for his excellent displays with a PFA Player’s Player and FWA Footballer of the Year double in 2018.

Salah has begun the new campaign in similar fashion, scoring one and providing another in Liverpool’s opening win over Norwich, and looks primed for another prolific season.

Liverpool’s Senegalese forward seems to be improving season upon season and has begun the new campaign in devastating fashion.

Having been given extended leave following his African Cup of Nations exploits, Mane returned by firing a brace on his first start as Liverpool won the UEFA Super Cup.

His first Premier League start saw him fire home a superb effort from distance against former club Southampton, and the 27-year-old could once again be amongst the division’s leading scorers.

Mane hit 22 Premier League goals last season to earn a share of the Golden Boot, it would not be a surprise to see him better than total this time around.

Whilst other Premier League stars may produce statistically superior numbers, few are in doubt of Firmino’s importance to Jurgen Klopp’s side.

Having arrived from Bundesliga side Hoffenheim in 2015, Firmino’s Brazilian technique is coupled with German-esque industry, his setting of the tempo from the frontline vital to Liverpool and Klopp’s renowned gegenpressing system.

Few Premier League players can match Aubameyang’s goalscoring exploits since his move to Arsenal in 2018, the Gabon international having fired 34 goals in 51 league appearances since his club-record move from Borussia Dortmund.

A tally of 22 goals saw him share last season’s Golden Boot with Sadio Mane and Mohamed Salah, whilst he has begun the new campaign with two goals in two appearances.

Lightening quick and a cool finisher, the 30-year-old will be crucial to Arsenal’s hopes of securing Champions League football this season.