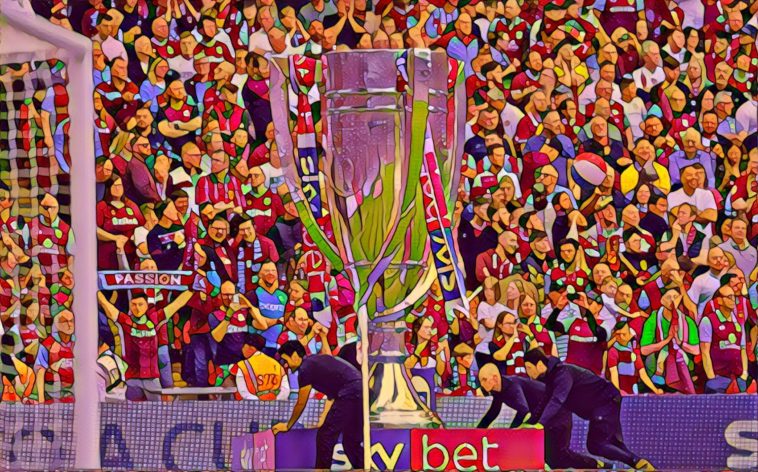 Few things in football can compare to the EFL Play-Offs, with its high stakes, melodrama and unpredictability making it one of the most enjoyable spectacles in the sport.

In the run-up to Tuesday’s Championship Play-off final between Brentford and Fulham, there has been the usual focus on how much victory would be worth to either side. Reaching the Premier League can be extremely lucrative, which is why owners of second tier clubs risk blowing a shed load of their cash on getting there.

They call it the £170 million game, a figure calculated through television and prize money the winning side can be expected to earn just from being in the top division. It is a transformative figure for a football club, especially when compared to the relatively paltry amounts of money on offer in the league below. As Nick Harris pointed out ahead of last year’s final between Aston Villa and Derby County, West Ham United’s win over Blackpool in 2012 exemplifies this better than just about any other playoff final in recent memory.

One can easily argue the Sliding Doors fixture of the 2012 Championship play-off altered the course of both clubs’ history. Here’s the ‘proof’: we now know, all these years later, the 2012 Champ play-off wasn’t worth £90m to West Ham, but more than £1bn. pic.twitter.com/YFYTUCdBx1

The triumphant Hammers have remained in the top flight ever since, raking in the riches and moving to a massive new stadium in London, while the defeated Tangerines never recovered. The Lancashire outfit dropped all the way down to the fourth tier in 2017 behind a backdrop of disastrous financial mismanagement by the Oyston family. Blackpool are back in League One but seven years on they are a million miles away from what West Ham are now.

The money is a massive element of the playoffs and shouldn’t be underestimated in its importance to the clubs involved. But for this writer, it is actually the most boring aspect of it from the viewpoint of a football enthusiast. Does anyone genuinely care about how much it is worth? While it is a narrative the media and television companies are intent on peddling, it is not one that sets the fire burning within, even if you have a stake in the game itself.

Indeed, this particular fixture is not about accruing wealth. It is about glory. Teams at this level generally don’t get a whole lot of it. My beloved Fulham won it in 2018, and although our year in the top flight was a dumpster fire, that memory will linger forever. Even more so when one considers that the Cottagers had never won in the playoffs, had never won a cup final (their one and only came in 1975), and had never even won a game at Wembley.

The team they defeated that fateful day was Villa, who got to experience their own moment of jubilation last May. Even though the financial element of promotion was a major concern for both clubs going into the game, it was barely on the minds of the fans on the day. Jack Grealish, a local lad who lives and breathes the club, took to the pitch in his worn out lucky boots. He is a source of pride for the supporters, who got to celebrate winning promotion and a trophy.

The play-offs are not the most high profile competition nor the most glamorous and it won’t necessarily feature the best quality football you’ll ever see. But it is one of the best tournaments in the sport, even if it only comprises five games in total each year. These games can be career-defining, in both good and bad ways.

In 1996 Steve Claridge scored the winning goal for Leicester City against Crystal Palace, sending them to the Premier League. Speaking on BBC Five Live’s Football Daily podcast last year, he talked about what it is like to be on the winning side of a play-off.

“There’s a huge amount of relief along with the jubilation and elation of the day,” the former forward said. “The next year I got one in a cup final, right? (Leicester beat Middlesbrough to win the League Cup) And honestly, if you’d say to me you’re winning a major cup final, mate — it was absolutely nothing on the play-off.

Lower down the food chain and the jubilation of which Claridge speaks can be multiplied several times. How often do these teams get to go to Wembley, if ever? Tranmere Rovers, who lost three consecutive First Division play-off semi-finals in the nineties, won promotion to League One last season in the most dramatic way possible — by scoring in the 119th minute. This was especially poignant for a club who had dropped out of the Football League entirely in 2015.

Mike Dean was at it again this afternoon ? pic.twitter.com/fqGYAttQsO

One level above them, there was another round of heartache and joy in equal measure. In a battle of former Premier League regulars, Sunderland drew first blood thanks to an astoundingly bad mistake from Charlton Athletic’s goalkeeper in the first five minutes.

? Sunday's events are SO much better with our Valley Pass commentators @KillersBeard and @GregStubley3 providing the soundtrack!

Sit back, watch, listen and feel the emotion from the agony of the start, to the ecstacy of the finish… #cafc pic.twitter.com/vHHivBtRvw

The Addicks rebounded,  however, getting an equaliser in the first-half before nabbing the winner in the 94th minute of the game. The explosion of noise and pure bliss from the Charlton fans, who have had to put up with the god-awful ownership of Roland Duchatelet, was heartwarming.

League One continued to be a source of heartening and inspirational moments this season as Wycombe Wanderers, a non-league club when the Premier League was created, gained promotion to the second tier for the first time ever. The moment was all the poorer for the lack of fans in the cavernous stadium, but it was immediately made up for by the sheer delight and delirium of Adebayo Akinfenwa’s post-match interview.

On the flip side, the play-offs can be unspeakably cruel as well. Leeds United, who had been in the top two for much of last season having played some scintillating football, dropped down to third place in the final weeks, condemning them to the mini-tournament of death. Frank Lampard’s Derby™ passed down the sentence to Marcelo Bielsa and his boys, ensuring they remained confined to the Championship for another campaign.

There is a not-so-outlandish argument that the third best team in the league deserves promotion over any of the sides three places below them. When Derby went up through the play-offs after finishing sixth in 2007, they subsequently went on to be the worst ever team in the Premier League, winning a solitary game before going straight back down. Three years ago Huddersfield Town rose to the top tier with a negative goal difference. As already mentioned, last year third-placed Leeds were arguably the best team but remained in the Championship while fifth-placed Villa cashed that juicy nine-figure cheque.

But again this is part of the brilliance of the play-offs. Its knockout nature means anyone can win it, giving it a zeal of excitement, unpredictability and tension you simply don’t get in competitions other than, say, the Champions League and the World Cup. Allowing the sixth best team to qualify also gives a whole host of teams something to play for, a vital requirement for a 24-team league.

Another format might allow for staid meritocracy, but we wouldn’t trade anything for the drama, buzz and delirium of the play-offs. Not a chance.