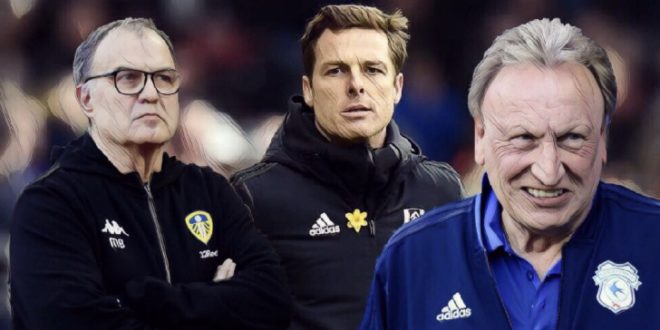 The five favourites to be promoted to the Premier League

The chase to make the big time begins again in the Championship when the season finally gets underway at the beginning of August.

The dream of Premier League football is something that the best teams in the division will be hoping to achieve, but with the unpredictability that comes with the second tier; it could be a wide-open race.

Some clubs will be hoping for a top-two finish to avoid the playoff route, while some outsiders will be eyeing a playoff berth and then hitting form at the business end of the season. It is crucial that the team’s looking for promotion start the season strongly, and this helps punters pick out the contenders from the pretenders. But, which teams should punters be keeping a close eye on?

Last season’s third-place team have strengthened over the summer with the arrival of Helder Costa from Wolves. The winger is a proven Championship player having scored 15 goals in two seasons in the second tier. He will add a new element to their attack that faltered at the back end of the 2018-19 season. The club have also been able to hang onto Marco Bielsa which will undoubtedly be a driving force in their hopes next season.

The Argentinean manager is widely regarded as one of the finest coaches in the world, but for a run of six defeats in their final 13 fixtures, and no win in their final five games saw their promotion hopes through the automatic places evaporate. In the end, they settled for a playoff spot where their season fell apart against Derby County in the second leg at Elland Road. This year marks 15 years since Leeds United’s relegation to the Championship, but they may not have had a stronger squad to get them back to the Promised Land. Leeds are the early favourites for the Championship title at a competitive price of 6/1.

The 2018-19 season also saw the club change managers twice before settling on young coach Scott Parker. How Parker transitions into management will ultimately be decisive in what the club can achieve in their first season back in the Championship, but they undoubtedly have the quality in the squad to rank among the front runners for promotion. The youngsters; Ryan Sessegnon and Tom Cairney will likely be given a chance to play more minutes than they did in the Premier League; with the duo both falling out of favour during the disastrous reign of Claudio Ranieri. Defensively they will need to improve after they had conceded the most goals in the top-flight last season. Their 82 goals conceded would be an immediate area for concern, but should Parker address this then they should have an excellent season. Fulham are 5/2 to be promoted next season and 15/2 to win the Championship. Most bookmakers are also offering custom bonuses for the Championship. We recommend bestbetsfree.com as a website to see all the offers from all bookmakers.

The Baggies will begin their second consecutive Championship campaign with another manager; this time in the form of former West Ham boss Slaven Bilic. Last season they were riding high among the leading teams in the division before the shock sacking of Darren Moore. After that decision by the board and the appointment of James Shan; the club’s form plummeted and their season ended in misery against their local rivals Aston Villa in the playoffs.

The club will have to use the talent they already have in the squad to its fullest potential after the owners have tightened the purse strings and have admitted that they aren’t willing to pay big fees or wages on new arrivals. A move for last season’s top scorer Dwight Gayle has been ruled out by the board, and Jay Rodriguez has left the club for a return to the Premier League with Burnley. This leaves Hal Robson-Kanu as the only striker at the club, and this would be an area that needs to be addressed before the season starts if they have hopes of being involved in a promotion fight. The Baggies have managed to bring in Filip Krovinovic from Benfica on a loan deal, but not much is known of the attacking midfielder, and his ability to transition to life in the Championship is questionable. The young players at the club such as Jonathan Leko, Sam Field, and Rakeem Harper will be vital to their chances, but the best that they can hope for is a playoff berth. Albion are 5/1 to be promoted from the Championship in 2019-20.

It was an agonising end to the Premier League season for Neil Warnock and Cardiff City as they were relegated to the Championship following a defeat to Crystal Palace. Even with a 0-2 victory away to Manchester United on the last day of the season, it wasn’t enough for Cardiff to stay up. Punters had expected Cardiff to finish bottom of the table, but they defied all odds to remain in contention until three games from the end of the season. It was a magnificent effort from Warnock and his staff to maintain their ability to compete despite the heartache of losing their record signing Emiliano Sala. The club have managed to maintain most of their squad for the coming season, and that will be a significant benefit to their hopes.

The squad that gained promotion to the Premier League in 2017-18 remains intact, and they will rightly be among the teams leading the charge in terms of promotion hopefuls. The arrivals of Joe Day, Curtis Nelson and Will Vaulks will add a new dimension to their squad, but in Bobby Reid, they already have a striker that is proven Championship quality. He scored 19 goals in 46 Championship appearances in the 2017-18 campaign for Bristol City, and if he can rediscover that sort of form, then there is no reason why Cardiff can’t finish the season in the top two. Cardiff are 10/1 to win the Championship, while the same bookmaker offers a price of 4/1 for Cardiff to be promoted.

It was a disappointing first season back in the Championship for the Potters, as they finished 16th. The club had hoped that Gary Rowett would be the man to lead the club back into the Premier League, but after a poor start to the season, he was replaced by Luton boss Nathan Jones in January. With hope of promotion all but gone, Jones used the second half of the season to experiment with his squad, and fans’ will be hoping that he has found the perfect balance to start the 2019-20 season strongly.

There has already been a shift away from the ageing legs in the team with the departures of Darren Fletcher, Charlie Adam and Erik Peters. Jones will be hoping the youthful arrivals of Nick Powell and Liam Lindsay can form a strong base for the team, while the signing of Stephen Ward from Burnley brings the club some much needed defensive cover. If the club are able to keep hold of Jack Butland and Ryan Shawcross over the summer months, then there is no reason why they shouldn’t be considered one of the favourites for promotion. Their record of two defeats in their final 15 league games last season is evidence that Jones has finally settled on his preferred tactics for the team that could fire them back to the Premier League. With the players tapping into Nathan Jones’ promotion dream, Stoke are 4/1 to be promoted from the Championship in the 2019-20 season.