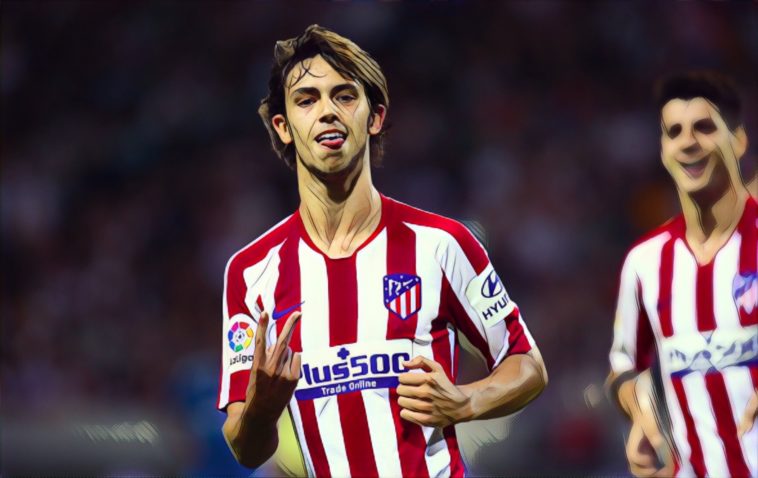 They’re the latest young talents lighting up world football, establishing themselves as stars of the game before they’ve even left their teenage years.

Few things excite the football community like the precocious skills of a talented teenager, and world football is currently blessed with a host of young stars tipped to go to the very top.

We’ve decided to look at some of the game’s most promising talents, with six of the most exciting teenagers in world football:

The trailblazer for young English talent seeking a first-team opportunity abroad, Borussia Dortmund star Jadon Sancho has developed into one of Europe’s most promising talents since swapping Manchester City for the Bundesliga in 2017.

The 19-year-old has shone in German football, scoring 13 goals and providing 15 assists last season as Dortmund finished runners-up, and has begun the new season in similar fashion.

Sancho’s impressive performances have seen him break into Gareth Southgate’s England side, winning six-caps since being handed his debut, and he is expected to be a fixture in the national side for years to come.

Europe’s elite, including the likes of Manchester United and Paris Saint-Germain, are reportedly interested in prizing him away from Dortmund, though it is likely to take a figure in excess of £100m to tempt Lucien Favre’s side to sell.

The most expensive teenager in football history, Atletico Madrid shocked world football by paying a staggering £113m to sign the Portuguese starlet from Benfica this summer.

The 19-year-old had played just one season of senior football, scoring 20 goals in all competitions as Benfica secured the Portuguese title.

His performances were enough to persuade Atletico to make him the fifth most expensive player in history, the forward moving to the Spanish capital to replace Barcelona-bound Antoine Griezmann.

Felix earned his first cap for Portugal in the summer and has impressed for the Madrid outfit since his high-profile move to Diego Simeone’s side. Clips of the youngster showcasing glimpses of his undoubted talent have already gone viral on social media, with Atletico confident they have secured the long-term future of a potential global star.

Real Madrid decided to make Vinicius Junior the then-second most expensive export in Brazilian football history, agreeing a deal in 2017 that would see the talented teenager move to the Bernabeu the following year.

The fee was reported to be around €46m, the Spaniards having been impressed by the forward’s emergence since breaking into the Flamengo first-team.

A prolific goalscorer for the Brazil youth teams, Vinicius has been slowly introduced into the first-team at the 13-time European champions, scoring four goals in 31 appearances in his first season in Europe.

Blessed with balance, pace and dribbling skills, Madrid’s faith in the youngster had been indicated by their willingness to allow Gareth Bale to leave the club, Los Blancos believing Vinicius can soon be a fixture on the left-flank of their attacking options.

From Juninho to Coutinho, the all-time Premier League Brazilian XI

Described by Pep Guardiola as ‘the most talented player’ he has ever seen, Stockport-born youngster Foden is tipped as the future of Manchester City.

Having managed the likes of Lionel Messi and Andres Iniesta, Guardiola certainly knows a player and has immeasurable confidence in the future of the England U21 international.

The heir-apparent to City icon David Silva, Foden has slowly been introduced to first-team football in a side which has dominated English football in recent seasons, the 19-year-old scoring seven goals in 26 appearances as City won a domestic treble last season.

Possessing vision, close control and an ability to ghost past players, Foden has a bright future and could be the long-term solution to England’s dearth of creative midfield talent.

Tipped by many as the ‘new Andrea Pirlo’, the Italian midfielder has attracted interest from across the continent following his emergence at Brescia.

The 19-year-old has been linked with the likes of Liverpool, Paris Saint-Germain and Juventus, Tonali’s mature performances in a deep-lying playmaker role have seen host of suitors make their interest known.

The teenager has vision and the ability to pick a pass, whilst his flawless technique makes him the perfect modern midfielder. Called up to the senior Italian national team for last November’s friendly matches with the United States and Portugal, he is likely to have a long future in the national side.

Named as Serie B Footballer of the Year for 2018, Tonali will now be given to the chance to showcase his talent in the top division following Brescia’s promotion last season.

The virtue of investing in youth: how Premier League clubs can make a killing in the transfer market

The latest Brazilian starlet to make the move to the Bernabeu, Real Madrid secured the services of the exciting 18-year-old in 2019 as part of their lavish summer spree for a fee of €45m.

Regarded by some as the most exciting talent in world football, hopes are pinned on Rodrygo and new teammate Vinicius Junior to bring the glory days of attacking flair back to the Brazilian national team.

Named as the best newcomer in the Campeonato Paulista following his breakthrough at Santos, the forward scored 17 goals in 82 appearances for the club before his move to Europe.

The Brazil U20 international is likely to have to be patient as he awaits an opportunity at the Spanish giants, but will soon hope to make an impact and show he has the potential to be a star in European football.

Read: The greatest back four defences of the last thirty years of football