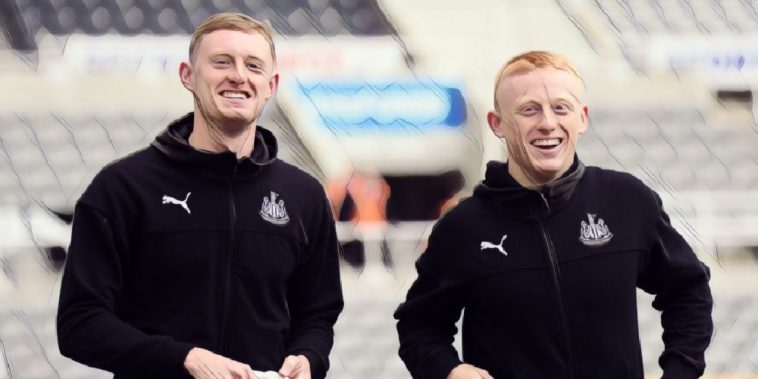 Newcastle manager Steve Bruce admits he is concerned about the club’s chances of agreeing new contracts with midfield brothers Matty and Sean Longstaff.

Matty has been handed his opportunity in the first-team at St James’ Park under Bruce this season, scoring the winning goal on his debut against Manchester United in October and since going on to make 11 appearances in all competitions, scoring a further two goals.

The 19-year-old has entered the final six months of his contract at the club, however, with no terms yet to be agreed on an extension for the academy graduate, with both Inter and AC Milan said to be interested.

Elder brother Sean, who has previously been linked with a move to Old Trafford, has also been in negotiations with the Magpies about extending his deal which currently runs until June 2022, though an agreement is yet to be reached with either player.

Bruce admits the club are concerned about securing the long term futures of the local duo, but remains hopeful new deals can be agreed as they look to secure the Longstaff’s long-term futures to the north east club.

Matty Longstaff, on his Premier League debut, playing next to his brother Sean, does this. Pure joy. pic.twitter.com/JszkCBf8Y9

“It’s a concern for us all, of course it is. I hope we can get that tied up, I really do. But, they’ve got the power these days, the players.

“We see it often now, with young players as well. I hope there’s a bit of common sense.

“There’s nobody, at 19, played more games than Matty. He’s got an opportunity. If he’s fit, he plays (against Oxford).”

On Sean’s contract, Bruce added: “I really don’t know where they’re up to in terms of that. I don’t know.

“We always want to keep your best young players, especially if they’re Geordies, of course. Let’s hope they both get tied up.