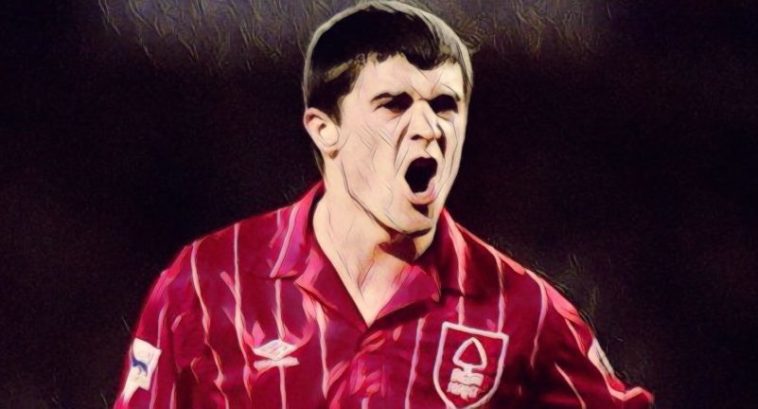 Too good to go down. It’s a phrase that we often hear within football in the midst of a relegation battle, though it may need to be reassessed given this XI compiled of relegated Premier League stars.

Few would expect this talent-stacked side to have suffered the fate of relegation to the second tier, though each endured their own end of season heartbreak.

The best XI to have suffered relegation from the Premier League:

Owner of the second most clean sheets in Premier League history, James enjoyed a distinguished career in English football’s top-flight taking in spells at the likes of Liverpool, West Ham and Portsmouth.

Capped 53 times in an England career that spanned over a decade, his Calamity James nickname earned at Anfield after a series of mistakes was perhaps harsh, given he was a brilliantly athletic and capable shot-stopper.

The goalkeeper earns his place in our XI given his part in West Ham’s 2003 relegation, keeping goal for a side that went down despite earning a remarkable 42 points. Relegation hampered him little, however, as he was made England’s number one for the European Championships the following summer.

It was a position he would also take for the 2010 World Cup, despite also being relegated with Portsmouth that year. Oh, and of course we had to get him into to the team just so we could use this video…

Another member of West Ham’s 2003 side, former England full-back Johnson was a talented teenager with an abundance of potential during the club’s difficult season under boss Glenn Roeder and later caretaker Trevor Brooking.

The academy graduate would make 15 Premier League appearances as the Hammers slipped into the second tier, though his performances were enough to persuade Chelsea to make him the first signing of the Roman Abramovich era.

A title winner at Stamford Bridge, Johnson would also win the FA Cup at Portsmouth and League Cup at Liverpool, earning 54 England caps and featuring in three major tournaments.

A player included solely based on talent, having suffered relegation only in the disappointing final year of his distinguished career.

Having won six Premier League titles during a glittering 12-year career at Manchester United, Ferdinand would be relegated during a short spell at Queens Park Rangers as his career winded down in his native London.

The former England captain, capped 81 times for the Three Lions, made just 11 league appearances during QPR’s ill-fated season, retiring at the end of the campaign.

Long before his waistcoat-wearing days as England manager, Southgate was a dependable Premier League centre-back and the young captain of a Crystal Palace side that were unfortunate to be relegated in 1995.

With the Premier League being reduced from 22 to 20 teams at the end of the season, four teams were to be relegated and having finished fourth bottom, Palace dropped down a division.

Southgate would subsequently leave for Aston Villa, making the England squad for the following summer’s home European Championships, where his infamous penalty miss would immortalise him forever.

Despite their huge problems, many felt the Yorkshire side still possessed enough talent to avoid their 2004 relegation. Capped 64 times for Ireland, Harte was amongst a selection of key players including the likes of Alan Smith and Mark Viduka to remain at the club until their fate was sealed.

Once regarded amongst the finest full-backs in the Premier League for his notable delivery and specialist set-pieces, Harte makes our XI at left-back.

Edging out fellow former Hammer’s favourites Joe Cole and Michael Carrick for a place in our midfield is Scott Parker, largely down to his level of performance during West Ham’s relegation in 2011.

Crowned as the club’s Player of the Season for three consecutive years, no one gave more to the cause than Parker who could ultimately not save the club from relegation in the third of those campaigns.

Despite West Ham finishing bottom of the Premier League that season, Parker was remarkably named as the Football Writer’s Footballer of the Year for his driven performances at Upton Park.

Another midfield dynamo who shone for a relegated side, former Ireland captain Roy Keane was named in the PFA Team of the Year despite Nottingham Forest’s relegation in the inaugural season of the Premier League in 1993.

The youngster’s performances would attract the interest of the division’s leading sides, with champions Manchester United pipping Blackburn to his signature that summer.

The move would prove incredibly successful, as Keane would go on to become one of the division’s greatest ever midfield players, proving an inspirational figure and winning 17 major honours at Old Trafford before his controversial 2005 exit.

Regarded as one of the greatest players in Middlesbrough’s history following three separate spells on Teeside, it is the first of those that earns the Brazilian his place in our XI.

A surprise signing in an ambitious summer of recruitment by the North East side, Middlesbrough were said to have pipped several of Europe’s leading clubs to the signature of the diminutive star in 1995.

The hype was justified as the former Sao Paulo star shone, however, his second season at the club would be remembered for a host of disappointments. Beaten in both domestic cup finals, a three-point deduction also condemned Middlesbrough’s expensively assembled squad to relegation.

Despite the club’s fate, Juninho’s impressive performances were rewarded with the Premier League Player of the Season award, the first and so far only time it has been won by a player in a relegated side.

How Juninho became a Boro legend in the 90’s

The second member of Middlesbrough’s 1997 side to make our XI, the eccentric forward arrived at the club in 1996 having just won the Champions League at Italian giants Juventus, where he would become the highest paid player in the Premier League.

He immediately justified the expensive outlay with a debut hat-trick against Liverpool, accompanied with his trademark shirt over the head celebration.

Ravanelli would fire 31 goals in all competitions, 17 in the Premier League, though his efforts were not enough as the club suffered relegation and a heartbreaking pair of cup final defeats. Vocally unhappy in the North East of England and with the club now in the second tier he would leave after just a single season, joining French side Marseille.

Few players enjoy such hero status in the East End of London as the iconic Italian forward, who captured the hearts of the West Ham faithful during his four-year spell at the club.

The star of a team containing the likes of emerging England internationals such as Joe Cole, Jermaine Defoe and Michael Carrick, Di Canio’s falling out with manager Glenn Roeder and subsequent dropping during their 2002/03 relegation season could perhaps be viewed as costly in hindsight.

Restored to the team under caretaker manager Trevor Brooking, Di Canio would finish the season strongly and finish with nine goals in 18 appearances, though it was not enough as the Hammers were relegated by just two points.

A justified selection in our relegated side, Viduka would score 59 league goals in just 130 appearances for Leeds before their financial meltdown and rapid decline.

The attacking focal point of the side who regularly challenged at the top end of the Premier League at the turn of the millennium, the Australia international stuck with the crisis-hit club until their 2004 relegation.

The powerful forward could do little more as the club suffered relegation to the second tier, finishing as the club’s top scorer with 11 league goals, though he was sent off in the defeat at Bolton which sealed their fate.