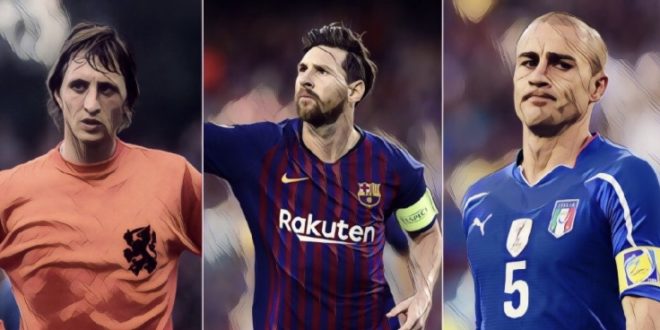 We managed to convince The Football Faithful podcast crew to take a break from binging on Netflix over the weekend to record a podcast that we hope will keep you all entertained during lockdown.

As we all know, the Ballon d’Or is the games ultimate individual award, and only the best of the best will ever get their hands on the famous golden football.

Simply looking through the list of previous winners is like taking a tour of football’s greats through the decades, and with this in mind, we set the lads the unenviable task of picking a best XI from players to receive the prestigious award.

Only one goalkeeper, Lev Yashin, and three defenders; Fabio Cannavaro, Franz Beckenbauer, and Matthias Sammer have won the Ballon d’Or so for simplicity we decided that everyone’s XI would use these players as their team’s defence.

Thereafter, it was up to each podder to build a midfield and attack and pitch for each of the players they selected to make the final cut.

There were some excellent arguments for players inclusion from every decade from the 60’s until present day and although not everyone could make the final XI it was a great chance to relive the careers of some true legends of the game.