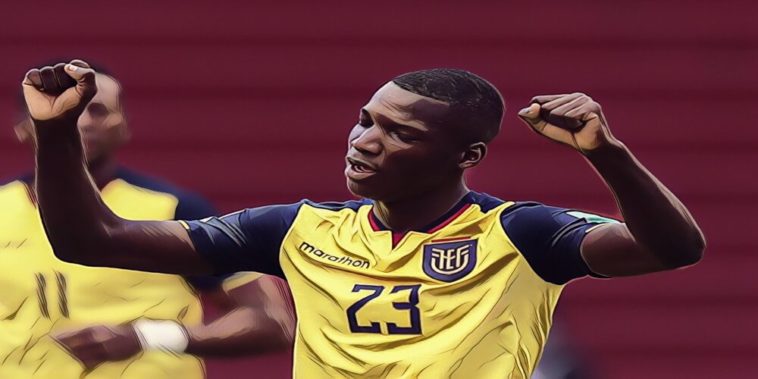 Caicedo has attracted attention from several clubs keen on taking the teenage talent to Europe, with AC Milan and RB Leipzig amongst the sides also understood to be interested in securing the signing of the 19-year-old midfielder.

The youngster has made a huge impression since breaking into the Independiente del Valle side and has since earned four senior caps for Ecuador, scoring his first international goal during the 4-2 victory over Uruguay in October.

According to Ecuadorian outlet, Diario Extra [via Sport Witness], Manchester United have now moved to the head of the queue for his signature with talks at an advanced stage, with ‘everything’ indicating the youngster will head to the Premier League in a deal worth in the region of €5 million.

The capture of Caicedo would continue United’s recent trend of targetting young and emerging talent from across the globe, capturing exciting South American Facundo Pellistri in the recent summer transfer window.

United are also hopeful that they will be able to complete the signing of Atalanta winger Amad Diallo next month, having agreed a deal for the 18-year-old Ivorian during the summer transfer window.

Rulings introduced following Brexit regarding the signing of foreign players will come into effect from December 31st, with prospective arrivals needing to qualify on a points-based system to move into English football.

however, Diallo has now taken receipt of an Italian passport, and the BBC are reporting that United are confident that will help ease the process of securing his signing in the early weeks of January.